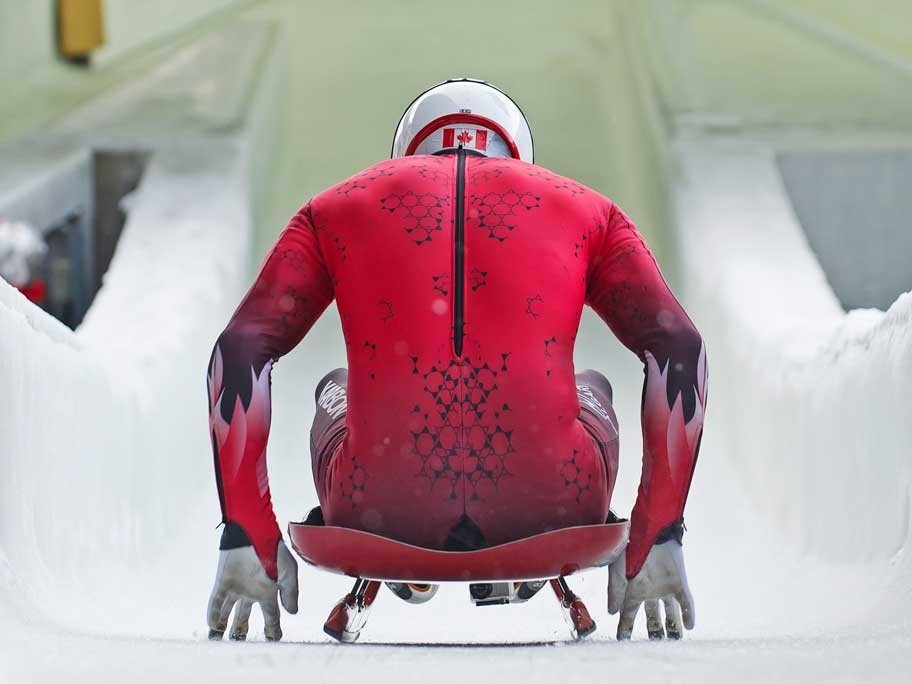 into thin ice Canada's Sam Edney pushes out of the start gate on a training run this week, preparing for this weekend's World Cup races. Photo BY david mccolm

This Friday and Saturday, the Whistler Sliding Centre is playing host to the Viessmann FIL Luge World Cup with two days of racing on tap. It's the biggest luge event the track has hosted since the Olympic Games almost two years ago.

The women's race — which will feature Alex Gough, the first Canadian to win a World Cup and world championship medal last season — is on Saturday from 3 p.m. to 5 p.m., followed by the team relay.

Tickets for the event are $10 (kids six and under are free), and available online at www.whistler.com. You can also pick up tickets at the box office outside of the Whistler Conference Centre, and they will be sold on the day of the event at the Excalibur Gondola.

Here's a primer for anyone looking to catch the action this weekend.

Are there any Canadians to watch — and are they any good?

The answer to that is yes and yes. Canada will have entries in the male, female and team relay events, and some of those athletes are legitimate contenders.

Arianne Jones, the other member of the women's team is closing in on the top 10.

Sam Edney is the top Canadian on the men's side, and has a few top 10 results to his credit. He's improving week-to-week, and with the success of Gough every member of the team is starting to believe.

It's also worth noting that Canada won gold in the first Team Relay event of the season in Austria, the first relay held since the sport was added to the Olympic calendar back in April. The team was comprised of Gough, Edney and the newly formed doubles team of Justin Snith and Tristan Walker.

Whistler slider Jenna Spencer will not be here to race or forerun the course, but will be in Austria instead to compete in a Junior World Cup event.

The Olympic single luge champions, Germans Felix Loch and Tatjana Hufner, will be on hand to defend their titles.

Luge Canada and the International Luge Federation (FIL) are adamant that the sport and Whistler Sliding Centre are safe, and that the death of Georgian luger Nodar Kumaritashvili on the eve of the 2010 Games was an unfortunate accident. Since then the track has been modified and reshaped to prevent a similar accident from happening.

That said, it's a high-speed sport and — depending on the track — the fastest of all three sliding sports. It's also the sport where athletes have the highest degree of control, steering with their legs as they shoot feet-first on their backs down the track, and crashes can happen due to driver error and other factors. At Whistler Sliding Centre, the top speed ever recorded was over 154km/h, posted by Austrian racer Manuel Pfister in training before the Games. That's almost 20km/h faster than the designers predicted as the track's top speed.

After the fatality, FIL moved the starts for the men's and women's luge to a lower gate, resulting in slower speeds through the bottom of the track. The FIL has mandated that the lower starts be used for the World Cup until some additional changes can be made to the women's start. As well, when Whistler hosts the World Championships in 2013, athletes will be given additional training runs.

Is there prize money?

How do you win?

The luge athlete with the fastest combined time after two runs wins (it's four runs at the Olympics and three at a world championship).

At the start of a run, athletes want to get off to a fast start. They sit their sleds and pull themselves through the start gate, which means athletes focus a lot on arm and back strength. The fastest pull can sometimes win the race.

But a lot happens on course as well. Facing gravitational forces that exceed what most fighter pilots endure, athletes can subtly steer the runners on the sleds with their calves and shoulders into the optimal or fastest line. Athletes have to anticipate corners, and try to stay low on the wall and steer out early so they don't bump the opposite wall and lose speed. Crashes do happen as a result of over and under-steering.

are athletes using the same gear?

FIL, the International Luge Federation, mandates sled designs up to a point. They must weigh a certain amount — between 21 and 25 kilograms for a single's sled. Depending on the track, FIL sometimes allows athletes to carry extra weight.

Most countries customize their sleds to some degree, and the quality of engineering is one reason given that the German team has been so dominant over the last decade.

Because warmer blades are faster on ice, FIL keeps all of the competitor's sleds outside and measure the temperature of the blades before racing. They also weigh the sled and the sled and athlete together.

For safety, competitions can only be held to a low of -25 C.

For accuracy, timing is measured to a thousandths of a second.

For visibility, athletes must wear FIL-approved safety helmets. Athletes have the best view of any sliding sport athletes, with the possible exception of the driver in bobsleigh events.