Whistler Adaptive gears up for summer

After a successful winter defined by creative solutions, the organization is preparing to host a new golf tournament fundraiser in June
Apr 8, 2021 9:00 AM By: Megan Lalonde 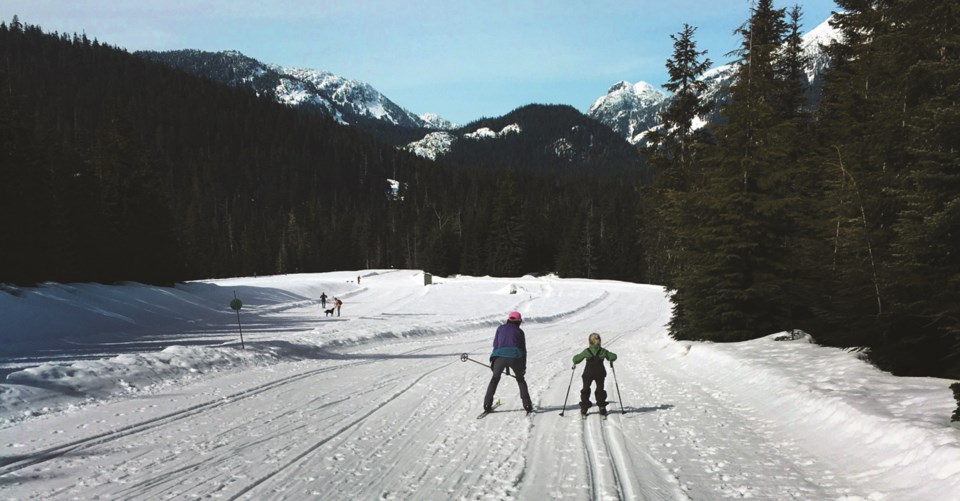 Although the COVID-19 pandemic presented the Whistler Adaptive Sports Program (WASP) with a series of challenges this winter, Chelsey Walker is choosing to focus on the positives.

“We actually had some really big successes, which was a surprise, given the situation,” said Walker, the organization’s executive director.

Those included an expansion of Whistler Adaptive’s cross-country skiing and snowshoeing programs, which ran six days a week this winter, and welcoming an abundance of new athletes from the Squamish area who hadn’t participated in any of the organization’s programming prior to the pandemic, Walker explained.

But when it comes to the many problems that were presented by the ongoing pandemic, none were more impactful than B.C.’s restriction on non-essential travel.

“We couldn’t welcome our friends back from the Lower Mainland,” said Walker.

“We kept to Sea to Sky only, but fortunately we were able to stay open, and we were able to provide seven days a week of service to [about 60] individuals from the Squamish, Whistler and Pemberton area.”

In a resourceful response to the need for social distancing, WASP opted to swap out its usual full-day lessons for larger groups in favour of half-day instruction and smaller groups.

While the change in format ended up being a hit for Whistler Adaptive athletes and their families alike, having outdoor programming available for WASP’s athletes at all “was crucial” for their mental and physical health and well-being amid an abundance of pandemic-induced stress, said Walker. “But really, the by-product of our being able to stay open, even with shorter-formatted lesson types, [are the benefits] for the entire family.”

She continued, “Parents were able to go out and go for a ski on their own, while their children were in the lesson, and then come together as a family to do the activity. So we had respite, as well as family time, which was really key.”

After all, getting outside with WASP is an important part of these athletes’ routines, explained David Cronin, a member of the organization’s board of directors.

“To be able to keep that routine, A, and B, give the families a chance to get outside, get away from Zoom, get away from TV and computers and enjoy this wonderful playground we all live in is really, really special,” he said.

In addition to rejigging its programming structure to suit our ever-changing world, Whistler Adaptive is also leaning on creative solutions when it comes to reimagining its fundraising efforts.

One year after WASP’s 2020 fundraising gala—originally scheduled to take place at the Royal Vancouver Yacht Club in May—was postponed and ultimately moved online, the organization is now preparing to host a brand-new fundraising event at the Whistler Golf Course in June.

The golf tournament will serve as the kick-off to Whistler Adaptive’s summer season, said Cronin.

It will be different from typical charity tournaments in several ways, he said, most notably in its lack of pre- or post-game gatherings for attendees. Instead, groups or single players will arrive in accordance with specific tee times, while a silent auction will be held online. (WASP is currently looking for merchants to provide the bid items. Those interested in contributing to the auction can do so by contacting fundraising@whistleradaptive.com.)

“You don’t have to be a great golfer to play,” cautioned Cronin, noting that the tournament is set to run in a “scramble format,” and is thus open to beginners, intermediate and experts. “It’s fun for everyone,” he said. Whistler Adaptive athletes will also be on hand to meet and even play a few holes with attendees, Cronin added.

Registration fees include a round of golf, a power cart rental, a driving range warm-up, the chance to win prizes, and, of course, a donation to Whistler Adaptive.

Anyone interested in signing up should act fast, said Cronin. Just two weeks after announcing the fundraiser, the available slots were halfway sold out. (People looking to register for the tournament can do so at whistlerevents.golfems2.com/event/whistler-adaptive-fundraiser.)

The golf tournament isn’t necessarily replacing WASP’s trademark gala, but is instead serving as an additional source for the donations that WASP’s programming relies on, Cronin added. As such, he didn’t rule out another virtual fundraiser later in the year, following the success of Whistler Adaptive’s online gala in October that raised nearly $100,000.

But before golfers begin teeing off, WASP is working to seamlessly transition their athletes from on-snow activities to summer sports, with hiking and biking programs beginning this week.

The organization will follow similar COVID-19 protocols to the ones implemented last summer. As more British Columbians are vaccinated, Walker said she’s hopeful that athletes from the Lower Mainland will be able to re-join some of WASP’s most popular programs, like adaptive mountain biking.

“We do anticipate, once those travel restrictions are lifted, that we’re going to be quite busy,” she said.