Skiers, street sprinters, hockey players on the podium
Mar 3, 2006 7:43 AM By: Andrew Mitchell 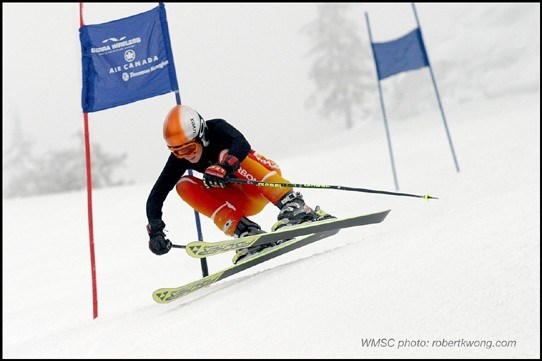 The B.C. Winter Games took place last weekend in Trail and Rossland, with more than 2,000 athletes representing their provincial zones in close to 20 sports.

Whistler’s contribution to the Zone 5 team included skiers, a pair of hockey players, and a street sprint team. The street sprint is an event designed to draw interest and scout talent for the sliding sports, bobsleigh, luge and skeleton.

On the first day, Konantz earned his first gold by winning the giant slalom. He was just over one second ahead of teammates Ford Swette (North Vancouver) and Spencer Morrison (West Vancouver). Matthew Seal was ninth, Ben Ho 12 th and Max Horner 14 th to wrap up the top-15.

In the slalom the following day Konantz won gold once again, also by a gap of one second. Morris Spencer was third, Ford Swette fifth, Ben Ho sixth and Matthew Segal ninth.

On the final day there was also a team skills event for the athletes, with Zone 5 claiming the gold.

For the K1 skiers the B.C. Winter Games were good training for the upcoming Sierra Wireless Whistler Cup, where the WMSC hosts juvenile racers from around the world.

Garrett Milan played for the men’s team, which lost in the finals to the Vancouver Island-Central Coast team.

In the street sprints, the two-person team of Jenna Romanin and Lauren Mooney took the bronze medal in the women’s pairs contest. Romanin and Conor Halliwell were also fifth in the mixed pairs category.

Lisi Schranz of Mount Currie won a gold medal in the individual start juvenile girls cross-country race, crossing the finish line after 5 km more than 20 seconds ahead of her next competitor – not a bad way to celebrate her 15 th birthday.

Complete results are available at http://greatertrail2006.com/index.html