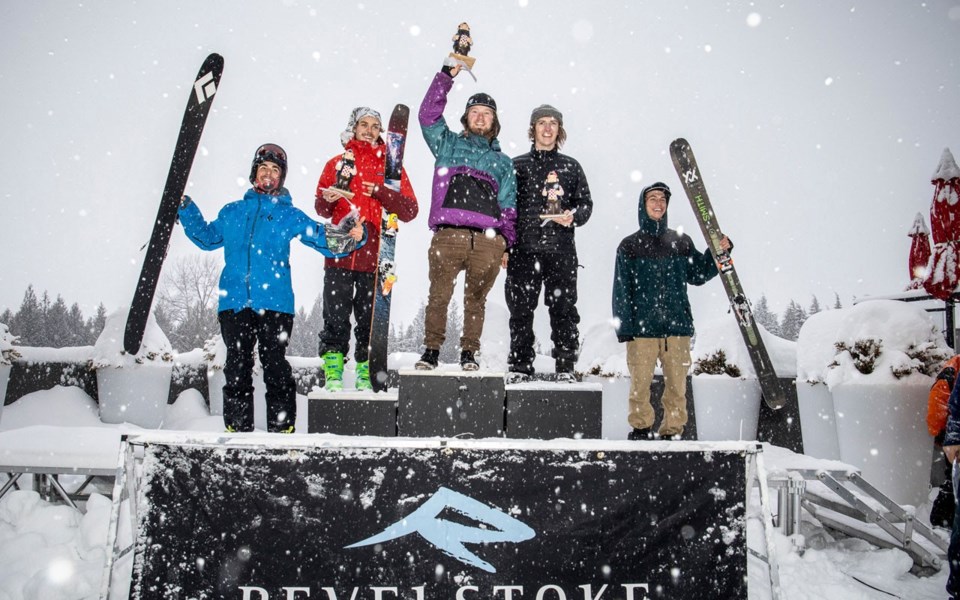 Cooper Bathgate could very well have been preparing for his Freeride World Tour debut instead of talking about a Freeride World Qualifier (FWQ) win, but he's hoping 2021 will be different.

The Whistler Freeride Club graduate narrowly missed out on cracking the top stage for this season, but he maintains he has the resolve to get there next year.

"I almost made the world tour last year, so this year, I came in really fired up. I wanted to get it," he said. "I was in the third and final spot all season, and then on the final day of the season, I got bumped out. It was super last minute."

Bathgate opened the 2020 qualifier season by winning the men's ski competition at the four-star event in Revelstoke on Jan. 9.

Bathgate said the competition atmosphere, for him, was different because instead of attending with his usual crew, he went with friends from work. Several of Bathgate's friends, including twin brother Jackson, are injured and have been out of action so far this season.

"We just filmed all week. It was pretty sweet not really being in a competition mindset," he said. "We did the comp and it went really well."

Bathgate explained that with foggy conditions, each of the three judges was assigned a section of the course rather than taking in a competitor's entire run.

"It kind of shortens up the venue," he said. "It's three separate competition runs within one run.

"Each judge is judging just their section, so you have to ski full on top to bottom. If you take it easy in one section, you're going to be way down."

Bathgate said his approach to competition doesn't penalize him when competitions are judged in a split manner.

"My line fits really well into how they split it, so I get a lot of features in," he said.

Bathgate will compete until he secures a spot on the Freeride World Tour for 2021, which he can accomplish with two more four-star wins, as he's planning to compete in coming events at Kicking Horse Mountain Resort and in Crested Butte, Colo. However, he'll compete in all five remaining contests if that's what it takes.

"If I need to do 'em all, I'll do 'em all," he said. "Getting the win is a big confidence booster, so I think I can get two more here and then we'll see how we go."

Meanwhile, Olivia McNeill also starred in Revelstoke, taking second in the four-star contest days after winning the two-star event in her first events since injuring her knee over the summer.

"I really wanted to get off on a good start, not necessarily send too big, but put down some solid runs I could be confident with," she said. "I definitely put those down, and I'm excited to have a little more freedom to send harder."

All in all, McNeill felt encouraged by the Revelstoke events with respect to how her body is feeling, and gains some confidence knowing that dropping a conservative run by her standards still snagged her second against some solid competition. Still, returning from an injury can be as much about feeling mentally strong as it is physically, so McNeill hopes she's fully recovered in that sense as well. "I was hoping beforehand that I'd be able to get that confidence and while I feel like that happens, I guess we'll see for sure in Kicking Horse next week if that's really true," she said. "It was definitely the right call for me."

McNeill plans to attend all the four-star FWQ contests this winter save for the New Mexico contest, as she'll be in Europe at that time. In her first full season on the circuit, she's looking to land runs and ski well, but if she does well enough to jump a level, she won't complain.

"My goal every year has been to put down runs that I'm really happy about, and honestly, if I put down runs that I ski to the best of my ability, then I don't really care how I place," she said. "But ideally, those both could happen and that would be incredible."