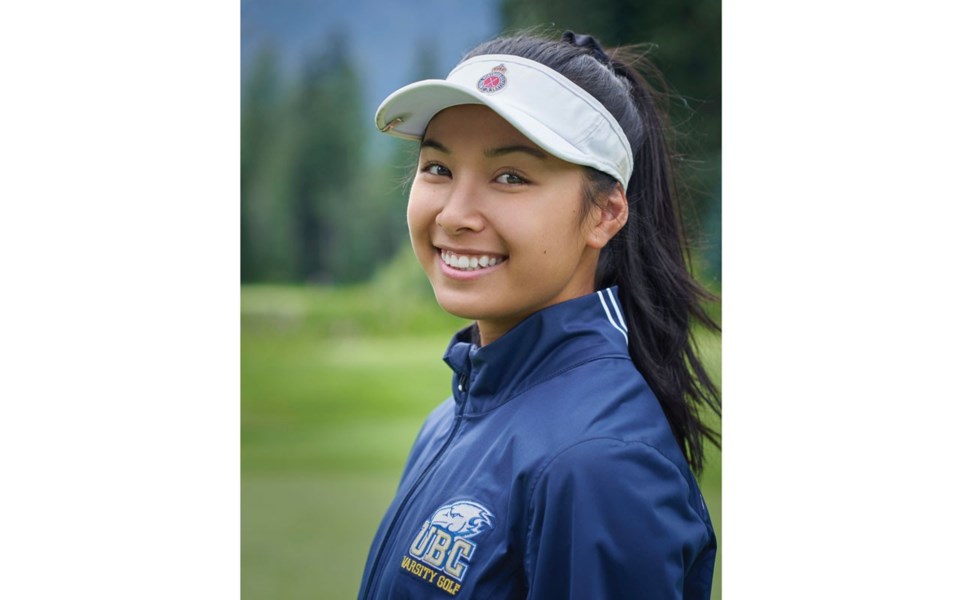 The bulk of Kaitlyn Hill's competition is generally able to have significantly longer golfing seasons, if not year-round opportunities.

Still, even with the disadvantage compared to her Lower Mainland peers, the Whistler golfer always aimed for the top.

Hill's determination recently paid off as she's set to join the UBC Thunderbirds on a golf scholarship.

"A few years ago, I put it as a mission, and just hearing that it became a reality was so amazing," she said. "Coming from Whistler and being in such a small town with a limited season to play in, it was really amazing."

However, because of COVID-19, Hill acknowledged that she isn't entirely certain when she'll begin her post-secondary athletic career. Of the 143 schools entered in NAIA women's golf, just UBC and the University of Victoria are situated north of the border. UBC is also the lone Canadian school in the Cascade Collegiate Conference, which includes institutions from Oregon, Idaho and Washington state.

With next year potentially affected by the pandemic, Hill is being given the option to defer her competitive debut until the following season.

"We might not get as much of a chance to play, so they've given us the option to start our year in 2021 as opposed to this fall and maybe not playing as much," she said. "It's something that I'm thinking long and hard about because I'm not sure if I want to stretch my degree for five years or finish it in four years.

"You're only eligible to compete for four years, so whether I extend my program [or not], I might take my first year off. But if I only go for four years, then I will start in the fall."

Regardless of when she tees off, Hill said receiving the vote of confidence after being recruited and awarded a scholarship by UBC has helped push her game to a higher level.

"It's not that I've been working on anything in particular, but all of a sudden, my game has just jumped. I've gained 10 or 15 yards off the tee and all of a sudden, I'm making birdies every round as opposed to pars and bogies," she said.

Another reason Hill feels comfortable with the team is that UBC head coach Chris MacDonald has a Sea to Sky background, having previously served as the Nicklaus North Golf Club assistant professional while running the Sea to Sky Junior Golf Tour.

"It's really amazing just seeing that he's also in my community," she said. "I have a really great connection with him, even though he's the head coach."

In addition to joining a strong team that won the NAIA Women's Championship in 2019 and sat third in the overall league rankings when play was halted in March because of COVID-19, Hill is also thrilled to come to a strong academic institution, as she gets set to enter the renowned Sauder School of Business. Basing herself in a beautiful city close to home doesn't hurt, either.

As for the present, with local courses having re-opened, Hill has been able to continue to train and push for greatness—a rare case in a community dominated by mountain bikers reining in their efforts to avoid injury during the health crisis.

"A lot of sports have been heavily affected by COVID, and golf has, too, but they've been able to open up quite early," she said. "I've been out there almost every day practising, playing, getting in as much practice as I can."

While Hill will spend the summer focusing on her training, she plans to attend the Canadian Junior Girls Championship in Quebec at the end of July, if it is held.

Hill added that she's grateful to her friends, family and community for helping her reach this point.

"Growing up in Whistler, I never thought I would take up golf," she said. "All of the support I've gotten over the years has been amazing."