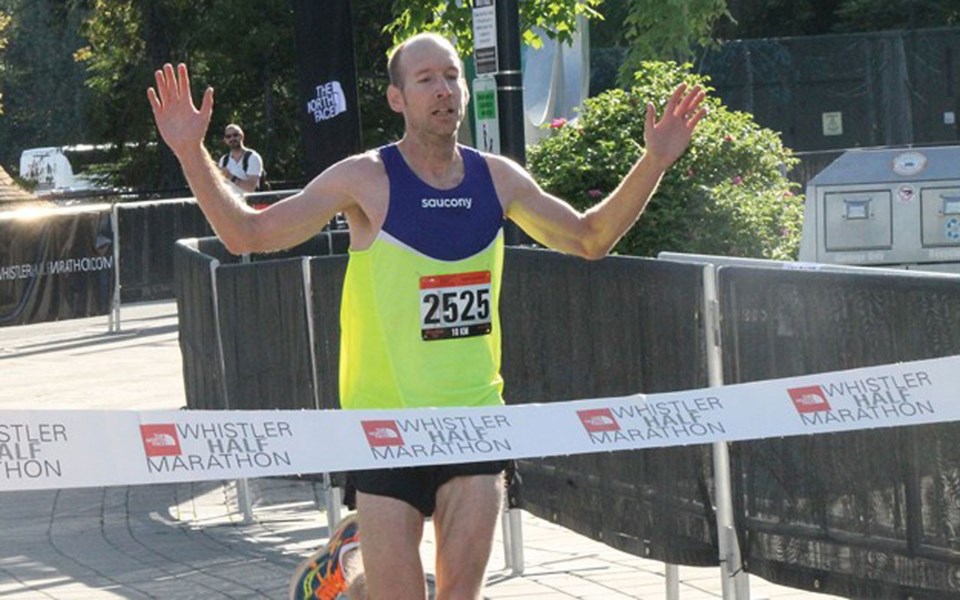 The Whistler Half Marathon will not run in 2020 as a precaution related to the COVID-19 pandemic. File photo by Dan Falloon

The 2020 Whistler Half Marathon will not go on.

The race, originally scheduled for June 6, will be cancelled as a precaution related to the ongoing COVID-19 pandemic, race founder Dave Clark announced on March 24.

Clark said that announcing with more than two months to go before race day allowed some flexibility in how the participants will be taken care of, as they have four options of what to do with their registration dollars: received a refund less a 15-per-cent administration fee; defer to either 2021 or 2022; or donate it to a newly launched Community Recovery Fund.

"It just feels like the right thing to do at this point in time. We really felt it was best to make the decision a little earlier than later and that allows us the ability to help take care of the people that have registered to give them some options," Clark said.

While Clark is looking to make arrangements with the Whistler Community Services Society to help support it, at this point, the Community Recovery Fund is planning to work directly with Nesters Market to help provide gift cards to those who need them. Clark added that BlueShore Financial has pledged to match donations up to $3,000.

"For anyone who registered and gave their registration fee of $80 or $100, they know that it's actually getting doubled and it's going to help twice as many people," Clark said.

The race always took a financial approach of operating based on cash in hand rather than on credit, so it is in good position to weather the storm, he said.

"We pressure-tested a bunch of different scenarios as far as viability with the cancellation and from the very beginning, we were always very conscious of working on a cash basis," he said. "In the very early days, we worked to a point where we felt we had a bit of a nest egg to cover anything unexpected and certainly, this is well beyond anything unexpected."

And while the race itself won't happen, Clark said there will be a virtual race in early June. Participants will register online and can post their times and distances. There will be a random drawing for door prizes provided by presenting sponsor Smartwool.

"Hopefully, for some people, it will keep them motivated," Clark said. "We feel that staying motivated to exercise—as much as we need to be social distancing and in isolation if we have to be—there's still opportunity to maintain your physical health, which will, in turn, assist your mental health.

"The mental health aspect of this is going to be tough for a lot of people and we think that exercise and running, specifically, is so good for your mental health."