Organizer pleased with progress at biennial gathering
Oct 10, 2019 2:00 AM By: Dan Falloon 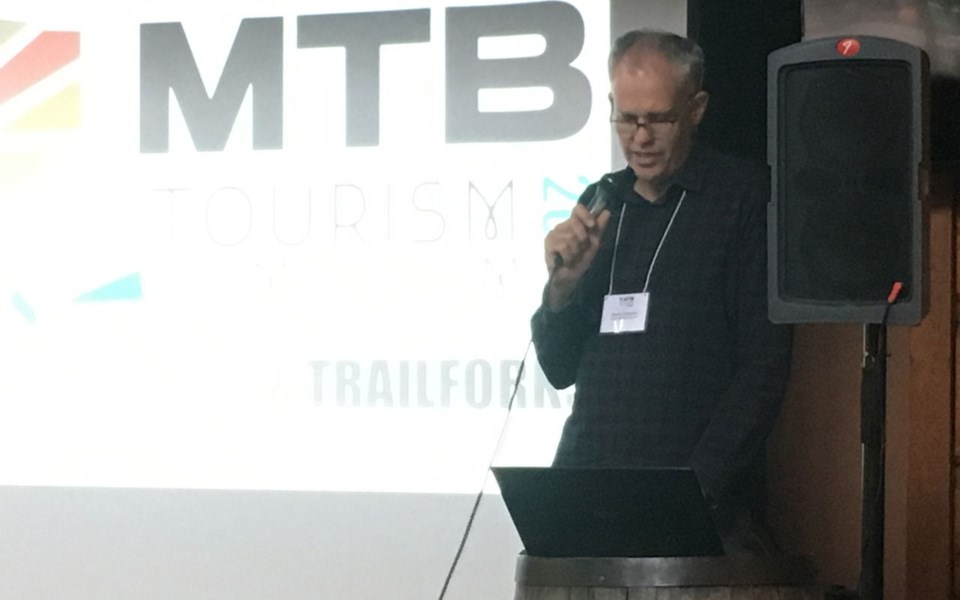 After years of holding its symposiums in emerging centres, the Western Canadian Mountain Bike Tourism Association brought its biennial event to the mecca of Whistler from Oct. 2 to 4.

With more than 200 people in attendance, executive director Martin Littlejohn was thrilled with how the conference, held in Creekside at Dusty's and Legends Whistler, played out.

"It worked out really well. The speakers were amazing and the audience was very engaged," he said. "Whistler did a fantastic job."

"There are so many things happening in Whistler that are a few years ahead of what other destinations are likely to be experiencing, but it's great to have that opportunity to look into the future, potentially, or [see] what are the issues we have to prepare for," he said.

The symposium also serves as a chance for stakeholders to discuss larger issues facing the industry, such as how to face climate change and properly acknowledge the United Nations Declaration on the Rights of Indigenous Peoples (or UNDRIP). As well, another major topic of discussion was how to deal with the sport's increasing growth.

"We're all a bit more focused after this in terms of understanding what those challenges are and how we're going to address them," Littlejohn said.

Littlejohn closed the conference by saying that the two years before the next symposium serve as a chance for clubs and other groups to work on everything that had been discussed already. Littlejohn noted that the provincial e-bike policy stemmed from the 2017 symposium in Revelstoke.

"E-bikes were considered to be an unknown and there was a lot of concern in Revelstoke about what it was going to mean. The province has responded with some policies. It's not perfect, by any means, yet. It's [still in its] very early stages, but at least there's a bit of a pace going now," he said.

In the future, Littlejohn said the symposium may join forces with the Canada West Ski Areas Association, as its own Mountain Bike Forum at SilverStar Mountain Resort coincided with this year's tourism symposium.

"There's definitely some crossover with mountain sports within that realm," Littlejohn said. "There's some interest in terms of exploring what that could look like, and that could be a really good partnership."

Check the Nov. 7 edition of

Pique for a feature story wrapping up the conference.

Meadow Park set to reopen on Aug. 17
Aug 12, 2020 11:50 AM
Comments
We welcome your feedback and encourage you to share your thoughts. We ask that you be respectful of others and their points of view, refrain from personal attacks and stay on topic. To learn about our commenting policies and how we moderate, please read our Community Guidelines.