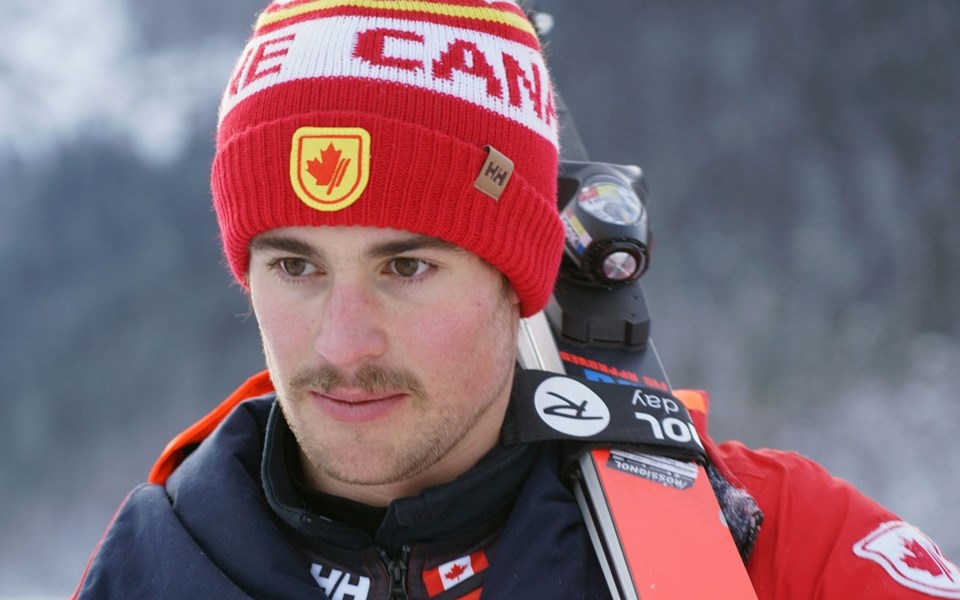 Cameron Alexander, shown here at Lake Louise for his FIS World Cup debut in 2019, posted a 10th-place finish at Kvitfjell in his final race of the campaign. Photo by Malcolm Carmichael/Alpine Canada

Cameron Alexander was certainly feeling good when he started off his FIS World Cup alpine season, but even with it cut significantly short to halt the spread of COVID-19, he far exceeded his expectations.

In nine overall starts, the 22-year-old Whistler Mountain Ski Club grad hit the top 30 to grab FIS points on four different occasions. What ended up being Alexander's final race of the season, the downhill in Kvitfjell, Norway on March 7, he posted his best result yet, taking 10th.

"It felt really good. It was a little bit unexpected, especially to have a top 10 in my first year on World Cup. I had a fast training run, so I had some confidence coming into it, but you never really know what's going to happen on race day," he said. "When I came through the finish line, it felt really good."

-had European Cup racing right before World Cup as well, so got familiar with it

"It's a really fun track and I think when you're enjoying yourself while racing, that can easily bring the best out of your skiing," he said. "I think that was probably a big factor in why I was fast."

However, Alexander also noted that his strengths played well with the Kvitfjell course, which helped everything click. He also had the opportunity to get to know it, racing in European Cup action leading into the World Cup contest, and posting a seventh-place finish in the first of two training runs.

"I'm a good glider, and I do a good job of staying in my tuck and being narrow," he said. "That's a big part of the bottom half of that course."

Alexander added that he enjoys the big bank turns and jumps that are part of the Norwegian set-up, noting that the snow itself was in great shape as well.

Though he and the rest of the Canadians were over in Europe, the feeling around the Kvitfjell race gave off a bit of a homey feeling.

"It was kind of a similar atmosphere to Lake Louise that we have in the beginning of the season. It's not as big of a crowd, but there's still enough people there cheering," he said. "It's a pretty cool venue as well. We stay basically right on the middle of the hill and ski right out where the downhill is.

"You feel pretty immersed in a hill."

All told, Alexander is proud of his first World Cup season, which kicked off on friendly terrain at Lake Louise before shifting to Beaver Creek and taking him to Switzerland, Austria and Germany before Kvitfjell.

"It's been a really cool experience. [When] I came into this year, the plan was to learn the tracks and hopefully, get some points as well while doing that," he said. "And I was able to end up doing that. I think the consistency of getting in there, and how far in I ended up getting into the points, was a surprise.

"Going race to race, I ended up building more and more confidence until the end of the season. I'm pretty happy with how it ended up going at the very end."

While Alexander's offseason training plans are up in the air due to the COVID-19 situation, whenever training and racing end up resuming, he feels he's going to come back strong.

"I've put myself in a pretty good spot coming into next year. Obviously I have some more confidence now and I know the tracks better, too," he said. "Hopefully, I can build upon what I've done this year and do even better next season."