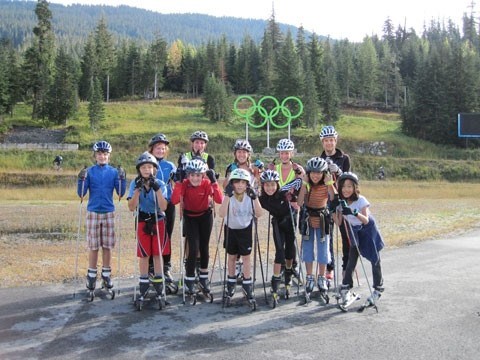 Of all the Olympic legacies from the 2010 Games, the impact on sports and recreation has been among the most dramatic. Canada's winter athletes are doing better than ever before in a greater number of sports, while at the same time inspiring more people - and children especially - to get involved.

In Whistler, cross-country skiing has grown substantially. In a matter of years, a recreational activity has evolved into a serious sport.

Maria Lundgren, the head coach for the Whistler Nordics and "Devo" development team, has seen nordic skiing grow significantly since she arrived.

"It's good to see how keen people are, there's a real boom in cross-country," she said. "This year's ski swap was the biggest ever, everything sold out except for a few skis and a pair of boots. It's changed so much in the five years that I've been here, from the little swap they held at Myrtle Philip."

This year four of her Devo Team athletes - Nicki Murdoch, Jenya Nordin, Lauren Doak and Austin Reith - are competing with the provincial team or development team. That's two more athletes at the provincial level than last year - and four more than in any previous year for the club. The following week, Nov. 16 to 20, Whistler is hosting a camp for the provincial athletes and provincial development squad.

The main goal for the athletes - and all 10 members of the Devo team - is to compete at nationals in Quebec in March. Lundgren took a Whistler team to nationals in Canmore last season for the first time ever, with the athletes doing surprisingly well and leading the B.C. athletes in many categories.

"Nationals was huge for us," she said. "We had better results than we could dream of, and everyone skied their best. I think that motivated a lot of athletes, to see how fun it was at nationals. It was such a cool experience."

Leading up to the nationals, the athletes will compete in Coast Cup and B.C. Cup events as far away as Prince George, a North American Cup race, local races like Sigge's P'ayakentsut and the Westerns.

Another motivator is the fact that nationals will be coming back to Whistler Olympic Park in 2013, and athletes in Whistler Nordics programs will have an opportunity to race the best from across Canada on their home snow.

There are 10 members of the Devo team this year, with Holly Sones, Jennifer McTavish, Jack Iles, Hunter Sones, Eric Heilig and Birken Metza joining the four provincial team members. All of them are between the ages of 14 and 17, and they've been training through the summer - either with the team or on their own following a training schedule. It's only the second year that the Whistler Nordics have been able to offer a full dryland training schedule for athletes, but given the athletes' results last season it's already proven effective.

"I think we've raised the bar every year, and while it's tough to run a summer program I'm really happy that our club decided to do it. They're always training. If they're around they train with me, but if they go away on vacation they still train and I find ways to keep them active through the summer."

The Devo Team was picked from a large group of kids that have come up through the clubs Jackrabbits program, but in the future they will have another source for athletes.

"This is our first year hosting a junior race team," said Lundgren. "There's a big group of really good athletes coming up, there's a lot of potential, and that's something I'm proud our club is focusing on. Some clubs will focus on their big race team and forget that they need to have a feeder group to keep athletes moving up."

The younger athletes will train three times a week and travel to at least one Coast Cup competition. They will also head to the provincial midget championships in Kelowna.

The club has brought in an assistant coach this year by hiring Joanna Harrington, who will be helping out with their junior program. Brent Murdoch, who has a son in the program, has also volunteered to coach.

The club's non-competitive programs are also doing well. Most of the youth spots have already been snapped up, and most of the spots in masters programs.

"If we had more coaches, we would have more kids," said Lundgren. "We're not lacking in kids that want to ski, we're lacking when it comes to volunteer coaches. We don't want to turn kids away."

If you're interested in becoming a coach or enrolling in a program - or just taking part in the Whistler Nordics' Toonie Races, visit www.whistlernordics.com.