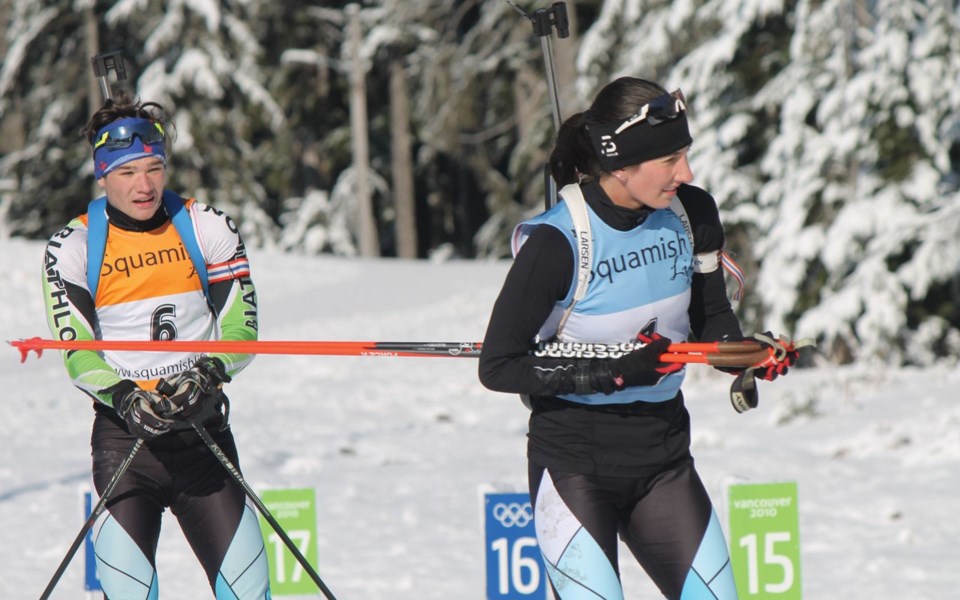 WHISTLER OLYMPIC PARK is well aware that leftovers can really come in handy.

Though there's little fresh snow on the ground, the Callaghan Valley-based park opened to the public for classic and skate cross-country skiing on Nov. 22 with its snow saved from last year called Callaghan Gold.

Club athletes have had access to the snow since Nov. 9, but park managing director Tim Hope expects that the additional traffic won't trample the Callaghan Gold, which was stored under sawdust for the summer.

"It's holding up well. We've got a track that's just a little bit longer than a kilometre, but the clear, cool nights have been helpful for it. It's in good shape," he said. "I think it's going to be fine [with the public coming in]. The temperatures are aligned. The snow should hold up well with the weather."

Hope explained that because many of the trails are built on paved or gravel bases, there aren't massive amounts of snow required to get going. More terrain will be opened as the snow flies. More natural snow is also required for snowshoeing and tobogganing to open.

"If we had 50 cm of snowfall, we're in good shape. Because of the paved trails and the gravel base, it doesn't take a lot for us to get going," he said.

The park faced similar concerns about low snow in 2018, but about a month after opening, no one would have known anything was amiss, he noted.

"Last year, we had a slower start, but by Christmas, we matched what our typical snow base is here, so it's not a concern at the moment," he said. "It ended up being a fantastic winter and we're feeling that we're going to see sort of a typical winter for us here."

Looking ahead to the season, Hope is excited to welcome several of the region's top skiers at the Western Canadian Cup cross-country race from Jan. 17 to 19.

He's also eager to welcome the public to new snowshoe trails that will take people up to the top of the ski jumps.

"There's an old-growth stand in there that makes for fantastic snowshoeing," he said.

The Callaghan Gold is not recommended for beginner skiers.

Passholders can access the trails with a season's pass, though there is an early season rate of $18 through the main gate. Rentals are currently available at a 50-per-cent discount.

"It's an exciting time of year and we're ready to get going," he said. "The team's ready. Once we get the snow, we'll make use of it."