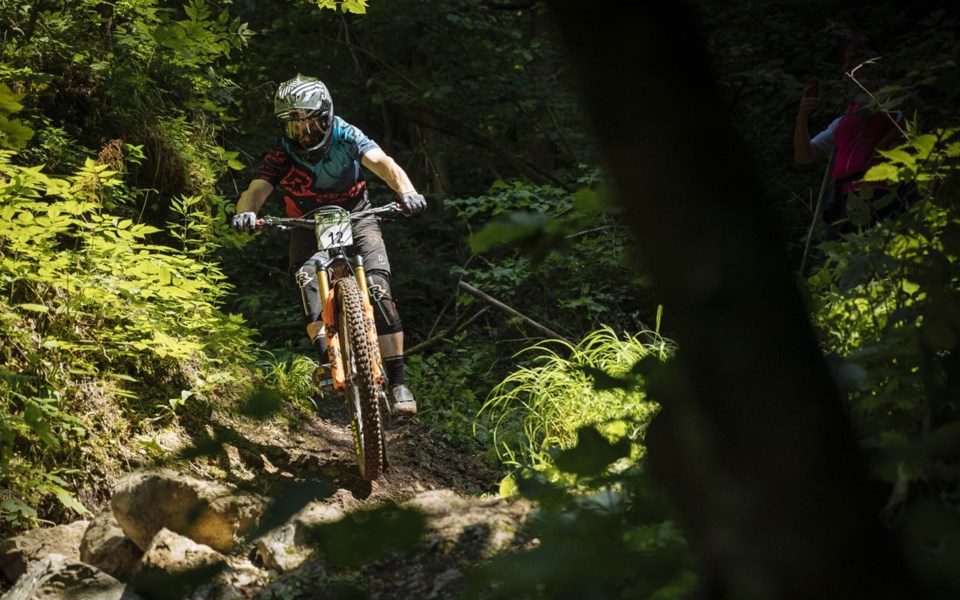 Whistler enduro riders Andreane Lanthier Nadeau and Jesse Melamed had no issues with a double dip on the Enduro World Series (EWS) tour.

"Your lines, Your speed, Your progress," Lanthier Nadeau posted to Instagram on July 3. "These process goals helped me get through the massive two-day race with confidence and without a single crash.

"Bonus: they also landed me in 9th place overall."

The race was Lanthier Nadeau's first of the season on the EWS loop after she battled a wrist injury earlier in the campaign.

Meanwhile, Whistler's Leonie Picton took 21st, 11:14 back of the pack.

On the men's side, Melamed rebounded from a disappointing showing at the third stop in France in May, where he crashed out and broke his collarbone. In a 10th-place finish, Melamed finished 2:27 back of champion Sam Hill of Australia, who held off Belgian Martin Maes and Swede Robin Wallner.

"Man, what a relief. I wasn't sure if it was a good decision to race but I couldn't help thinking I'd regret it if I didn't. I did ride smart and I'm happy about that. I wasn't results focused this weekend but I know I'll look back and be stoked on 10th. For now I'm just happy I didn't make my decision to race a bad one," Melamed posted to Instagram on July 1.

Even with the DNF in France, Melamed sits 10th in the overall standings with 1,070 points. Hill holds the lead with 1,880 points after winning three of the first four events, followed by Wallner at 1,570 and France's Damien Oton with 1,520.

The fifth stop runs July 21 and 22 in La Thuile, Italy, before stopping here in Whistler on Aug. 12.

The Whistler Sliding Centre will welcome the world's top lugers on Nov. 30 and Dec. 1, one week after the season opener in Innsbruck, Austria. Sliders will then head to Calgary and Lake Placid, N.Y. before the Christmas break. In 2019, the schedule includes World Cup stops in: Konigssee, Germany; Sigulda, Latvia; Altenberg, Germany; Oberhof, Germany; and Sochi, Russia. The Luge World Championships will also run from Jan. 25 to 27.

The 2018 Tenderfoot Boogie ran on June 23 with over 80 individual runners challenging a slate of distances.

In the 50-mile (80-kilometre) ultra race, Malcolm Suarez and Hilary Spires emerged as the champions, while in the 50-km race, Peter Armistead and Mary Darvill topped their respective fields. As for the 28-km lightning race, Alexandre Campbell and Corrina Hill emerged victorious, and lastly, in the 13-km sprint, Karen Blom and Daniel Texidor topped all comers. Notably, Campbell set a new course record en route to his win.