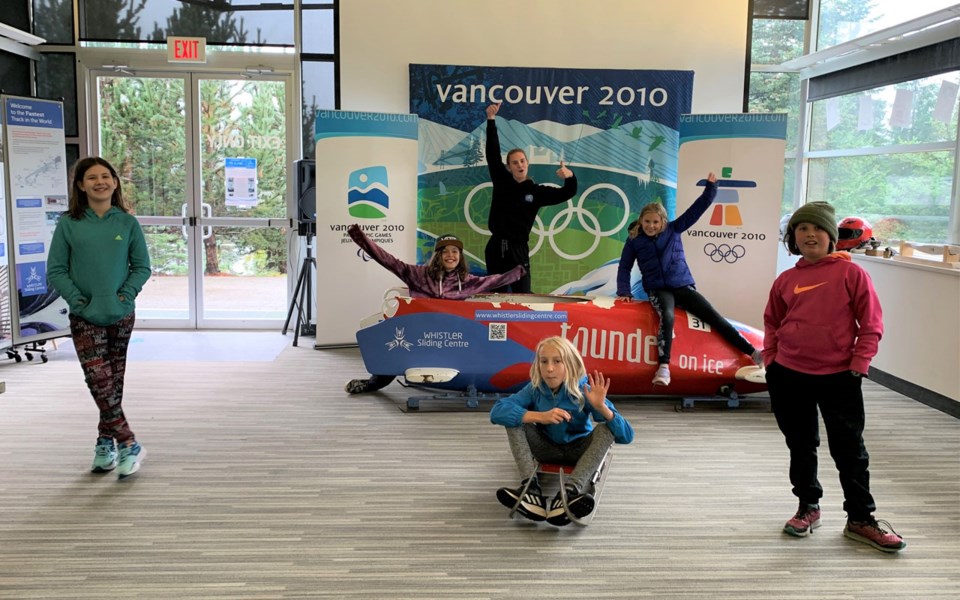 At just 21, Brooke Apshkrum has already made the decision to step away from high-performance luge. That doesn’t mean she’s lost her love for the sport, though.

The Calgarian will serve as the Whistler Sliding Centre’s luge development coach for the 2020-21 season after retiring last December.

“I was not really enjoying high-performance sport as [much as] I used to, but I still had so much love for the sport and being out and around the track,” she said.

Apshkrum was offered the role after previous coach Arnita Ancena could not return to Canada because of COVID-19 restrictions after heading home to Europe.

“They sent me a message asking if I was interested in helping out, if I would like to coach. It sounded like a great deal to me so I came out, jumped in, and it’s been going awesome so far,” Apshkrum said. “I had definitely thought about it before. It’s always interesting to be able to develop your sport on that other end of things.”

With her background as a 2016 Youth Olympics gold medallist and 2018 Olympian, Apshkrum hopes to make grassroots luge a “positive, happy space.” Apshkrum noted that the athletes she’s working with are primarily in the seven-to-14 age range in novice and developmental programs.

In the latter offering, she’ll look to bridge the gap to the national NextGen level for athletes who are hoping to compete on the Junior World Cup circuit in two to three years.

“I think there’s a lot to learn for this sport, and I’m making sure they have proper understanding and are properly educated before they go upstream in their development,” she said. “I really focus on my end of things on keeping a positive space, making sure they are able to have an environment that they’re comfortable learning in, that they’re comfortable to ask questions in, and they’re able to make mistakes.

“Luge is definitely a sport that’s learned though experience, so allowing them to have those experiences and develop properly is the best way to do it.”

Given her own decision to leave the competitive part of the sport when she did, Apshkrum is still wrestling with what challenges and pressures associated with elite performance were necessary or not. Ultimately, though, while she feels there are changes to be made, she’s focused on the role in front of her.

“That’s my personal quandary thinking about whether that is how it is at the high-performance level or if there are changes to be made,” she said. “I think that here on my end, I’m not quite up at that level to make changes, but I’m still involved in the sport and around it enough to set a tone at the beginning of their career.”

Joe Cecchini, meanwhile, will head up the skeleton side of the equation, bringing his coaching staff from his Snipers Skeleton Club, including fellow Olympians Barrett Martineau and Eric Neilson as well as World Cup veteran Micaela Widmer, to help out.

The program started in Calgary when the 2018 Olympian was based in Alberta, but when that track was shuttered, it made sense to head west for the season after having held successful camps in Whistler.

Cecchini, who also helms the Italian national team, said he and his coaches strive to work alongside the racers, who range from 15 to in their 30s, to determine and achieve their goals. He noted that some athletes are still riding part of the track while some are part of national programs.

“We try to have a more collaborative approach. Each athlete is coming into the sport with different goals and intentions, whether that’s just to experience the exhilarating sport that is skeleton or if their goal is to develop into the pathway into the national program,” he said.

Cecchini, who is originally from Trail, was a latecomer to skeleton, discovering it during the 2006 Winter Olympics and sliding for the first time when he was 24.

He got into coaching after lending a hand to a school in Calgary and discovering that there were gaps in regular programming that he and fellow coaches jumped in to fill.

“A lot of them were going to probably quit the sport, because skeleton without the proper supports is dangerous and doesn’t feel the best,” he said.

Rounding out the head coaching staff is former national team athlete Tom Samuel, who will run the bobsled program.

The Whistler Sliding Centre is open for the season with programming in all three sports. For more, visit whistlersportlegacies.com/whistler-sliding-centre/overview.