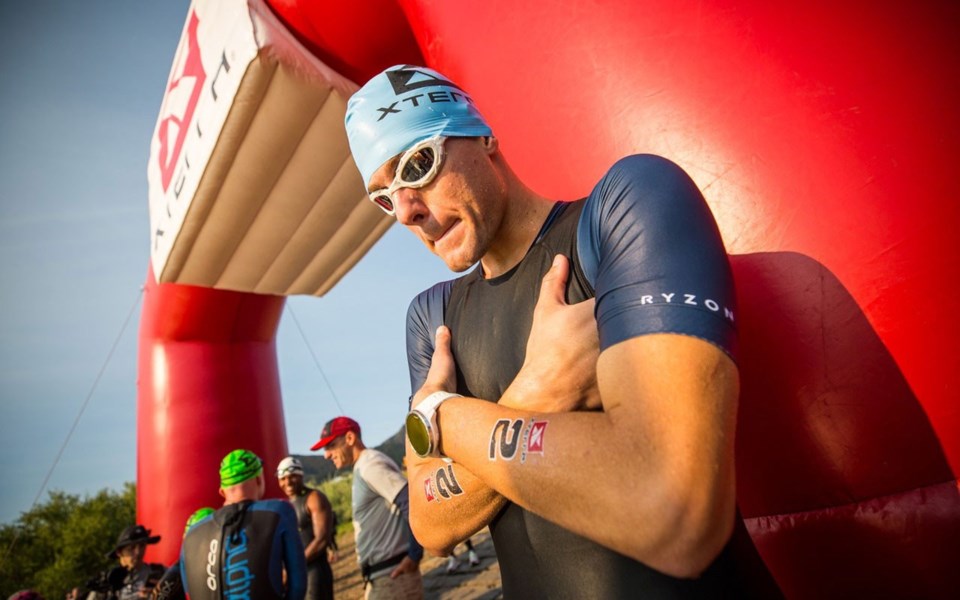 Karsten Madsen could be forgiven if his head wasn't fully in the game heading into the Xterra USA/Pan Am Championships in Ogden, Utah on Sept. 7.

Between travel hassles, illness and a missing bike, the Whistler triathlete had more than his share of challenges on his plate. Still, a model of consistency all season, Madsen managed to place second behind only New Zealand's Sam Osborne.

Madsen came in looking for his second win in as many weeks, though in the Dominican Republic, he downed just one other elite competitor in Branden Rakita. However, Osborne, the third-place finisher at the 2018 World Championships, put up what Madsen said was his best race of the year to run away with the victory by nearly three-and-a-half minutes.

"Right off the gun, he took the swim out really hard," he said. "On the swim, I got dropped quick but then I made my way into the leaders' group. Then on the bike, I rode up to him again on the first climb, and then he dropped me again on the bike and I had to ride back up to him."

Madsen took some encouragement that he was, at times, keeping up with one of the circuit's top racers on his game, but acknowledged that he still sees a gap in where he is and where he'd like to be.

Given that he was racing while others were resting, Madsen was feeling fatigue during the Utah contest. It started with the airline losing his bike on the way back from the Dominican Republic after a flight that was severely delayed by Hurricane Dorian. He was also rear-ended near the Denver airport before driving down to Utah, and in the days leading up to the race, felt himself coming down with a sore throat.

"I'm still happy with my effort on the race day. You've got to push all the negative away and you just focus on what you can do," he said.

In the Dominican Republic, Madsen said there was some uncertainty surrounding the race with Dorian nearby. However, the storm avoided the area and Madsen was granted the opportunity to complete a unique race.

"It's like basically going through the rainforest jungle of the Dominican. It was fairly bushwhacked trails but you would get all these gnarly cuts on your forearms from the vines as you ride through," he said. "You're riding through these shanty towns, riding through people's backyards. The hills that you do are super steep but they're not really straight-up mountain bike trails. They're more how people walk from village to village."

Madsen explained that since the hurricane sucked the energy out of the area, there was no breeze on race day, and therefore, no reprieve from the blazing heat.

"It was a crazy hot day. No breeze. No wind. The water temperature was like bathwater," he said.

Heading into World Championships, Madsen is going to ramp up his training, perhaps completing a running race or two, in advance of the Oct. 27 contest in Hawaii. With a season-long grind turning into a short-term bonanza, Madsen reasoned that it's worthwhile to take a no risk, no reward attitude.

"Once you have one more race in the year, and especially a one-off race where there's no series money—it's just all one day, it's winner take all—you're not really playing it safe," he said. "You increase your training pretty dramatically.