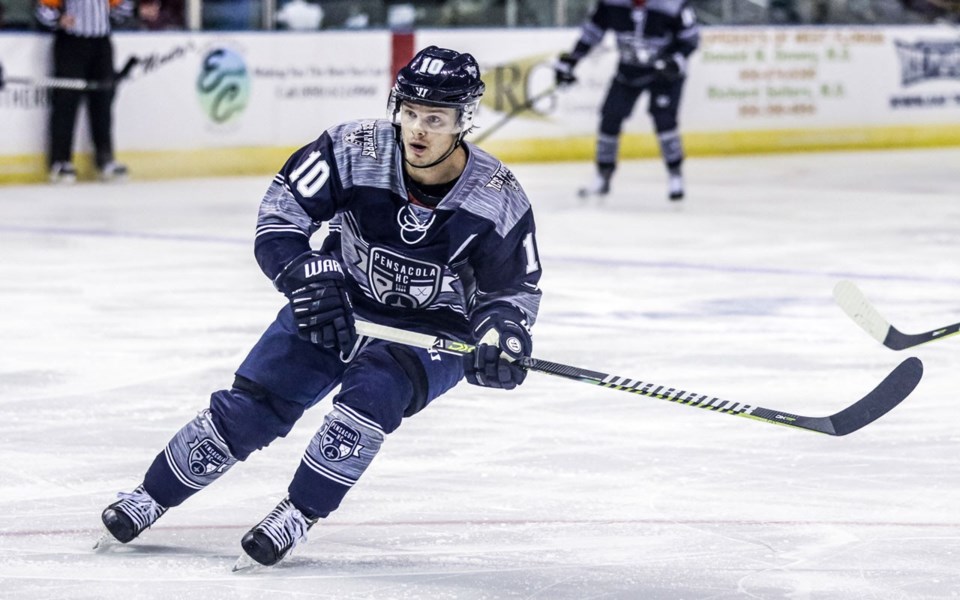 Whistler hockey player Garrett Milan is making the jump to the ECHL.

The 28-year-old signed a contract with the Rapid City Rush and suited up for Rapid City's 2-1 overtime loss to the Utah Grizzlies on Wednesday night. Milan recorded a shot on goal.

He spent this season with the Southern Professional Hockey League's Pensacola Ice Flyers, by far leading the team in scoring with 17 goals and 23 assists in 38 games.

Milan is no stranger to ECHL play, having joined the Atlanta Gladiators in 2017-18 and the Greenville Swamp Rabbits last season. In 19 games at that level, two steps below the NHL, Milan has posted two goals and two assists.

Rapid City will continue its road trip with games in Boise against the Idaho Steelheads on Feb. 21 and 22.