WMSC to be well represented at Canada Winter Games 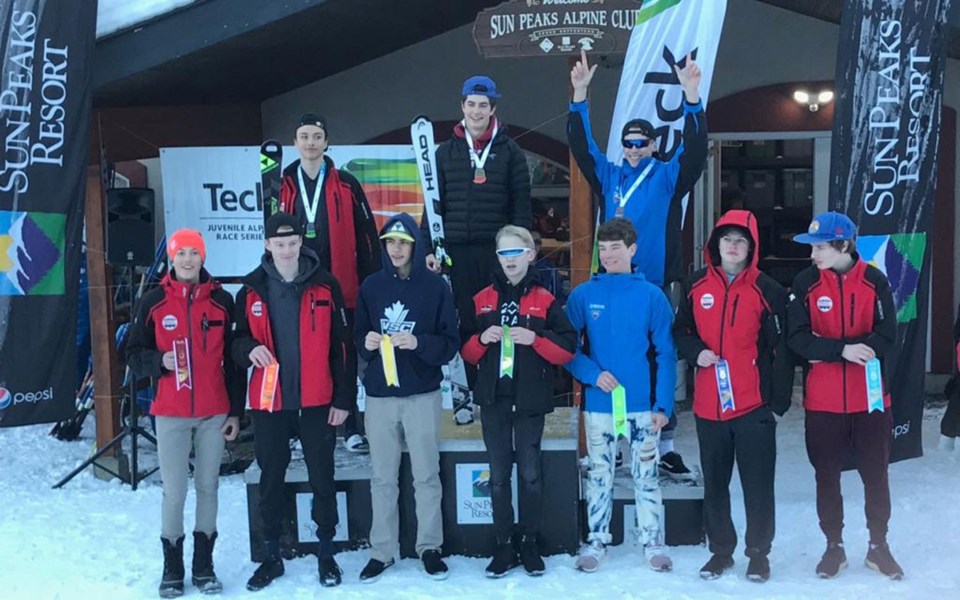 David Wood went right down to the wire to qualify for Canada Winter Games.

With his qualification on the line, the Whistler Mountain Ski Club member started out slow during the final qualifier at Sun Peaks in January.

"I didn't have my best race ever. I did pretty poorly in the (giant slalom). The first run, I hurt myself so I didn't start the second run and then the next day, I was shaken up from the first day injury," he said. "But then I pulled it together in the slalom and made the team, so I'm very happy about that."

Because of that, Wood will join six other WMSC teammates at the Games, which will run from Feb. 15 to March 3 in Red Deer, Alta.

"It was the most pressure I'd ever skied under because I had to finish those two races and they're two runs each," he said. "That fourth run overall, the second run on the fourth day, I had to finish and I had to do well or else I wouldn't have made the team.

"We had a lot of people cheering us on in that last run. There were a lot of people that didn't finish and they were just down the side. I completely zoned into my race mode. I didn't hear anything. I was completely focused on that run."

Wood, who competed at nationals last year, took a lot from that experience, namely learning to ski much different conditions in Ontario.

"I haven't had too much experience competing on pretty much sheer ice, so being there for a week was very helpful for my skiing overall," he said.

Stiel said she's happy to be going with friends on the team. While she'll draw on her Whistler Cup experience, she acknowledged that jumping up to the U16 level will be an adjustment.

However, Stiel excelled in both the slalom and giant slalom events en route to punching her ticket.

"I'm usually better at GS, so when I did well in the slalom, I thought 'Oh, OK, good job!'" she said. "(The GS) has a little bit more flow to it so you can really charge and go fast."

It's been a quieter season training-wise for Stiel, who noted a late start at Whistler Blackcomb and more recently, first-semester exams, have kept her from skiing as much as she'd like.

"It was a bit of a slow start in Whistler with the lack of snow so we had to travel to Sun Peaks a lot, but it was fun," she said.

As well, Matthias Shorter is set to attend the Games after an incredible qualifier at Sun Peaks where he not only finished all four events, but hit the podium once and finished no lower than eighth.

"It was exciting that all my hard work paid off," he said.

Looking back on his success, Shorter credited a good, thorough inspection and focus on his own process.

"I was not really focusing on the results that I wanted to get in the race. I was more trying to ski my best," he said. "I was putting everything out there and being happy with my performance."

The four other WMSC athletes set to go to Canada Winter Games are: Jaden Dawson, Fiona McInnes, and Adam Usher (all of North Vancouver); and Abbotsford's Chase Burns. Whistler's Drew Hetherington will join as a coach.