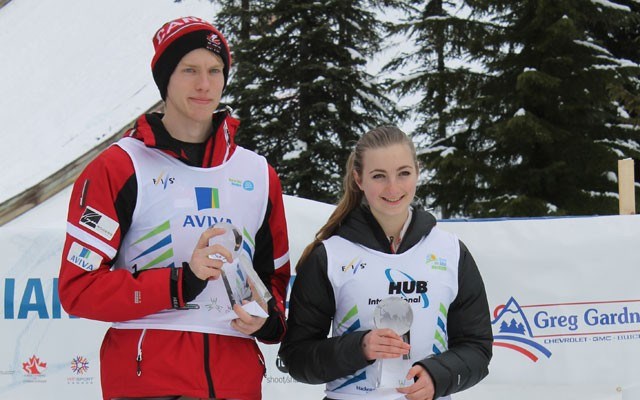 Two teen boys who died in an accident on the luge and bobsleigh track at Calgary Olympic Park are being mourned in Whistler.

Twin brothers Evan and Jordan Caldwell were killed, and six other teenagers were injured, when they rode personal sleds down the track but crashed into a gate separating the luge and bobsleigh runs.

In a Facebook message to Pique, the Caldwells' cousin, Jeremy Postal, remembered the teens as keen adventurers who were always willing to lend a helping hand to everyone from flood-fighters to Syrian refugees.

"The last time I saw Jordan and Evan was here in Whistler, taking them snowboarding on a big snow day. The boys loved life and adventure, they were top students in their school, and had huge hearts for the people and the world around them," Postal, a pastor with Church on the Mountain, wrote. "They will be sorely missed but haven't left this world untouched. This tragic news has been a solemn reminder to us of the preciousness of life and family; of hugging our own kids and slowing down to pay attention to the everyday moments of being family."

Whistler hosts Canada's only other track and its executives sent thoughts and prayers to the families of all involved.

Whistler Sport Legacies president and CEO Roger Soane explained the locations of the tracks here and in Calgary are different in relation to the community, with the track here being less accessible.

"Our track is a very, very different prospect," he said. "In Calgary, they're in an urban, built-up area and access to their track, although they have a fence around it, is still relatively easy if you want to get to it.

"We are somewhat remote. We don't have a fence around our track. We do have 24-hour people onsite when the ice is on the track and it's more of a safety concern than a security concern. We have signage around our track. We are a private-road access, but we are on the side of a mountain, so accessing our site isn't impossible."

A CBC Calgary report after the accident compiled instances of former park employees using the track after hours, though in the same story WinSport CEO Barry Heck said he was unaware of any incidents.

Soane said since he joined WSL in April 2014, there has only been one after-hours trespasser caught on camera on the track when the ice was in. The person was discovered only after reviewing the footage, he noted, and was impossible to identify.

He pledged to consider WSL's approach to security to ensure a similar tragedy doesn't make headlines here in Whistler.

"We will review what we do here in light of what's happened in Calgary to see if there's anything we can do to mitigate any challenge. Our site is a mile long on the side of a mountain and access, although it's not impossible, it is something that we have to be concerned with," Soane said.

With bobsleigh, luge and skeleton programs available to young people, Soane encouraged those with interest in using the track to do so safely and legally.

"We try to invite people onto the site," he said. "There are lots of reasons to see and try the track... We try to make our site accessible to people so they're not tempted to do crazy things.

He added COP also had security guards onsite, and monitored cameras, and people were still able to access the site.

The WSL venues have been hopping lately with two days of IBSF World Cup action hosted at the WSC in late January and the FIS Cup and Canadian National Championships for ski jumping this past Saturday and Sunday at Whistler Olympic Park (WOP).

Soane was encouraged to see the sites bustling with athletes from all over the world.

"It's what the venues were built for. Obviously, going forward, we want to keep the venues relevant not only for the community — B.C., Canada — but also internationally. We have one of the best jumping sites in the world and it's somewhat disappointing that we don't have a jumping culture in Canada," he said. "I want to create a jumping culture in the Sea to Sky corridor to keep the venues relevant and hopefully, at some point, have great international jumpers that are raised in the Sea to Sky corridor, like with all of our sports.

"If I look at all of our sports, jumping is the one where we have to work the hardest to make that happen."

Soane said the wide variety of athletic options available to young people here has proved to be a challenge to getting them involved in ski jumping, in particular. However, there is a small but dedicated group of jumpers training at Whistler Olympic Park getting onboard with the sport with the goal of getting into competition next season.

In terms of attendance, Soane was pleased with the number of people who came out to the skeleton and bobsleigh events. Spectators held flags and banners from several participating countries, with the Latvian contingent being particularly vociferous.

However, few came to watch the ski jumping, which was contested at a lower level than the World Cup. Even so, Soane would have liked to see more out to check it out.

"As far as jumping is concerned, I was not happy with the attendance and we need to do better," he said. "We need to do better in attracting people to go out there and seeing the spectacle but I think that only comes with time and involvement of locals."

Soane has good news sliding-wise, however, as the FIL seems keen to bring the World Cup back to the resort for the first time since December 2013. With the success of the IBSF event, Soane hopes to lure them back next season, especially with the 2019 World Championships here quickly approaching.

"It looks like we're going to have a (FIL) World Cup in December and I'm hoping we can do back-to-back weekends with bobsleigh as well so that it starts to build momentum of a sliding week festival," he said. "(The IBSF was) very happy and we received homologation of our track again, which is obviously very important to us. We're good to go for a World Cup event in the future.

"It's been a number of years since we've had a four-man bobsleigh competition, so I would presume that they're going to have to have a couple of World Cup races here in the next couple of years so they're ready for the World Championships in 2019."

Soane prefers December for the events, as the resort is not quite as busy as other times during the winter.