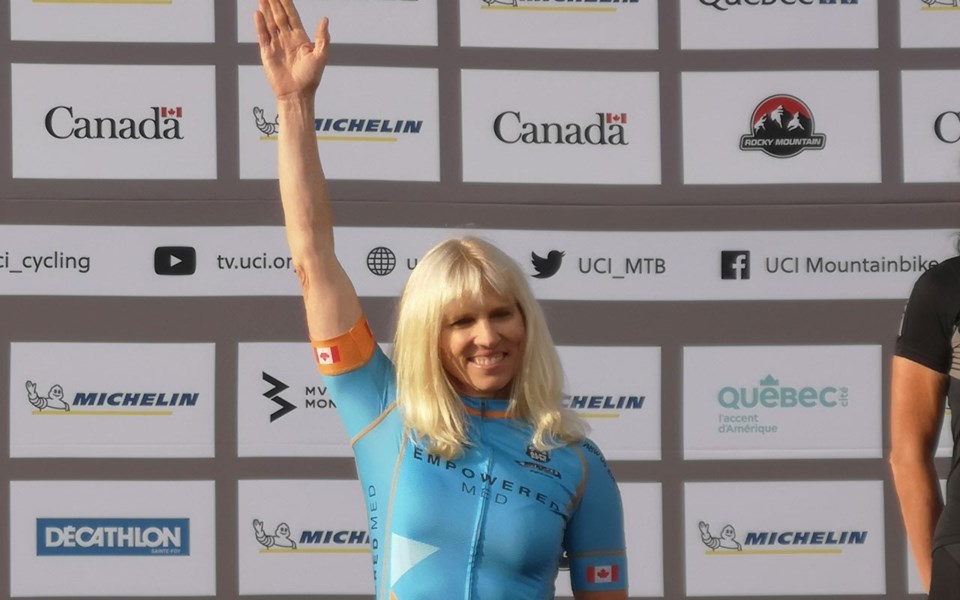 TOUR LEADER Cathy Zeglinski is hosting a tour with the Tour de France in 2020. <ParaStyle:CUTLINE\:CUTLINE Credit>Photo by Mike Charuk

Cathy Zeglinski made her name in Whistler as a mountain biker, including earning victories at the UCI Masters World Championships in both 2013 and 2019.

However, she got her start at a road racer, competing in the 1987 edition of the Tour de France with the Canadian amateur women's team.

"We were ahead of the caravan that tosses out all of the freebie gift swag," Zeglinski recalled. "We raced shorter distances ahead of the men and we finished through the same finish line as the men, for the most part."

Thirty years later, she returned to France with her son to take part in a VIP tour put on by Australia's Mumuu Cycling, and this year, Zeglinski will return to host a ride for the company.

Participants will get the opportunity to ride on the closed Tour de France course at least one day of the tour, either ahead of or after the riders. In Zeglinski's 2017 experience, her group was ahead of the pro group, which made for a thrilling ride.

"We went under the Flamme Rouge. We were part of the Tour de France. The spectators were all there, because they wait all day, and we rode as a group of 20 or 30 people for the last 60 kilometres of the stage across the finish line," she said. "We stood on the podium for a podium picture. We looked at the flowers and ribbons and everything.

"We were on the stage that, two hours later, the racers would come [on]."

Zeglinski, a medical doctor, described the tour primarily as a professional development experience, as it will be combined with the two-day Science of Cycling Conference before the ride commences.

"People can attend the conference as part of the package, and learn while doing, learn while being at the tour rather than being in a stuffy conference room," she said. "With cycling exploding on the scene, it's a great way to be immersed in it for a week."

Zeglinski added that Whistler bike fitter Lloyd Thomas, now based in Germany, will be in attendance to provide guidance, and participants will also meet team doctors and physiotherapists. For those who aren't physicians, she said the tour will include daily wellness talks, as well as opportunities to have in-depth conversations with doctors such as Zeglinski, along with those who are educated in nutrition and movement.

Zeglinski added that she had returned to the tour as a spectator after her 1987 race, and is impressed by the aura around the legendary race every time she sees it with her own eyes.

"It blew my mind that I had actually done the race, because now I was looking at it as a spectator," she said. "It's like being at the biggest rock concert in the world.

"There are hundreds of thousands of people that come to watch the Tour de France, and entire towns decorate their town. We just had a glimpse of that with the Olympics, but I would say it's 10 times bigger than how the Olympics felt, being at the Tour."