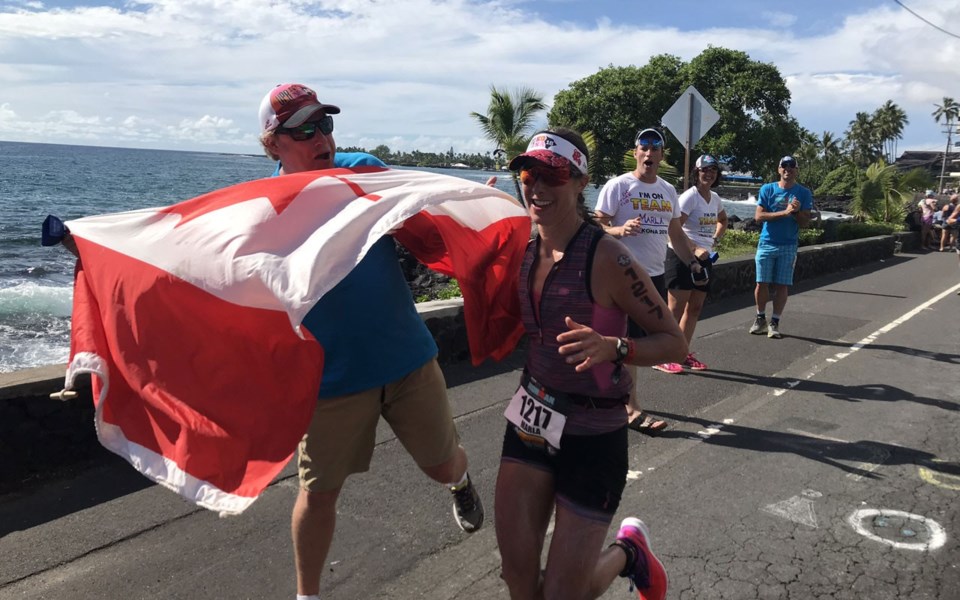 Competing in the women's 45-to-49 age category, the Whistler resident finished in 11 hours, 45 minutes and 49 seconds to place 49th overall in her division at the premier event on the Ironman calendar.

Overall winners were Patrick Lange of Germany, who bested his own course record from last year and became the first competitor to finish in under eight hours, as well as Switzerland's Daniela Ryf, who broke her 2016 course record by over 20 minutes.

In the men's division, Chris Clarke scored the win with a time of one hour, 33 minutes and 45 seconds (1:33:45) to best Mike Legare and Stuart Wyllie. On the women's side, Robin O'Neill finished in 2:08:45 to knock off Hillary Harrison and Paula Keohan.

In a release on Oct. 16, the duo was officially named as two of the 22 male skiers set to compete this year. The Peiffers will be the only two Canadians, as Pemberton's Logan Pehota chose not compete this season. Pehota took second overall in his rookie season of 2016 before placing 11th in 2017 and 10th in 2018.

Canada, however, will also be represented in the women's snowboard division as Nicole Kelly of Golden, B.C. made the cut.

In all, 48 skiers and snowboarders will compete on the circuit this year. Action begins in Hakuba, Japan in January.

At the Whistler Sliding Centre, WSL is bringing back its one-time Discover programs for the sliding sports, with luge for those eight-and-older, skeleton for those 14-and-up, and bobsleigh for those 16-and-older. Athletes who want to return can receive consistent coaching through weekly programming, or three- or five-day pilot schools for skeleton and bobsleigh.

At Whistler Olympic Park, programming includes cross-country skiing, biathlon and ski jumping. Nordic multi-sport camps will be offered over winter and spring breaks, as well as weekly on Saturdays in January and February. Specific ski-jumping opportunities are also available.

A full list of programs and more information is available at www.whistlersportlegacies.com/youthprograms.

Far Out to premiere Saturday

The film, which features Colorado skier Sean Jordan, takes viewers all over the world, from the Albanian and Slovenian Alps to the Purcell Mountains to Kamchatka.

More information and tickets are available at www.artswhistler.com.

Hansen, 26, was one of the first members of Canada's halfpipe team in 2011 and competed at the 2014 Winter Olympic Games in Russia. Originally from Edmonton, Hansen enjoyed her finest season in 2011 when she placed fourth overall in the Association of Freeskiing Professionals (AFP) standings and won the World Championships.

Hansen, who made her World Cup debut in 2009 at the age of 16, took 10 top-10 finishes over the course of her career, but was beset by injury problems in recent years. Hansen missed the 2015-16 season due to injury and hit the top 10 just once after returning the following season.

"I have so many amazing memories from being on the national team, it's hard to just pick one," Hansen said in a release. "I made the team back when I was 19 years old, and I couldn't believe that there was finally a national team for me to make! And I was going be one of the first women to be on it."