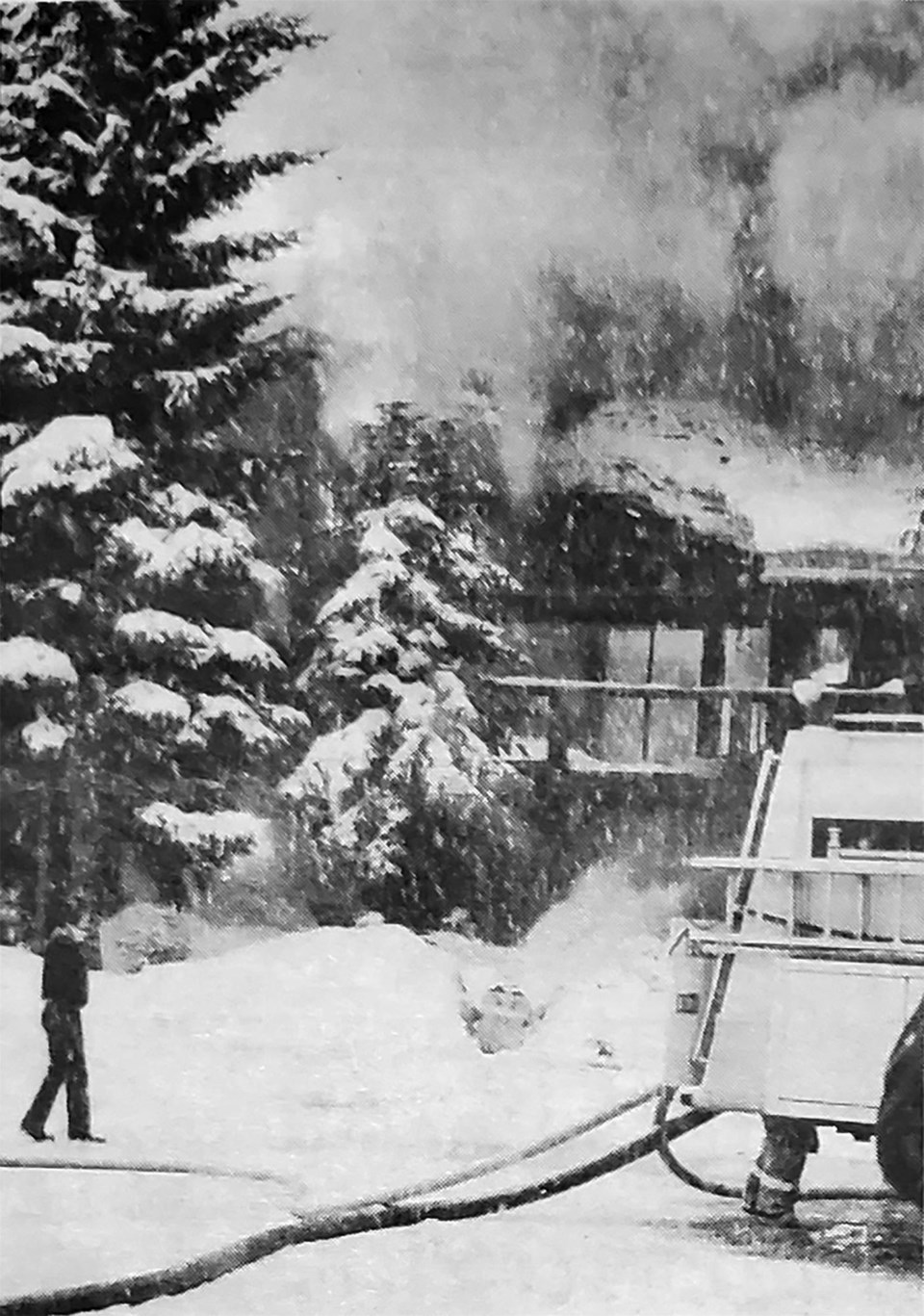 In 1987 and 1990, house fires in a Brio duplex—controversial due to its multi-resident status—put a lot of people out on the street.Whistler Question

When looking through reports on the 1991 fire in Function Junction that damaged many of the Whistler Question photographs (and more) last week, we came across another fire that took place at the very end of 1990, destroying a property known as Brio House.

This fire was not the first to mark the Hawthorne Place property. The house had already experienced a major fire in April 1987. It was believed that the fire had started with a smouldering couch cushion that spread to a cedar wall and up to the wood ceiling and cedar roof, leaving half of the duplex a “blackened shell.” The other half was saved by the building’s fire wall. Firefighters were on the scene only four minutes after they received the call and within an hour had the fire under control. The flames, which at one point rose up to 20 metres into the air, could reportedly be seen by those leaving the late show at the Rainbow Theatre, including some residents of the house.

Four years later, the Question reported on another fire at the same property that began on Dec. 30, 1990. Unlike the fire of 1987, however, this fire left the Brio House gutted.

On that Sunday afternoon, the Whistler Fire Rescue Service responded to a call after residents noticed black smoke pouring through the air vent above the fireplace. The residents tried to put out the fire but then noticed flames in the wall. By the time they realized they would not be able to contain the fire, it was too late for the residents to attempt to save their belongings. Though firefighters were able to control the fire, it was decided that it was too dangerous to send firefighters inside and the main concern was to protect the neighbouring houses.

One reason both fires were considered so newsworthy was because of the number of people they affected. In 1987, the property was described in the Question as “Whistler’s most controversial and popular multi-resident home,” due to the number of people living in the large duplex and its use as temporary housing for visitors and recent arrivals to Whistler. The owner, Dave Whiffen (who in 1987 lived in a suite in the basement), was trying to have his property rezoned as an eight-bedroom pension; the municipality had previously fined Whiffen for using the building’s basement and loft when the main floor already used up the permitted 360 sq. m. The municipality stated Whiffen had overbuilt and was running a “hotel” on his property, while Whiffen maintained that the duplex was “a necessary source of low-cost accommodation for Whistler service-industry personnel.”

By the evening of Dec. 30, 1990, 20 residents were left homeless. Some were temporarily put up by neighbours while others were lodged in Blackcomb Mountain staff housing. According to then-Question editor Bob Barnett, “Offers by Whistlerites and businesses to house and feed the Brio residents and to hold a benefit for them were made before the fire was completely extinguished.” Whiffen, who by that time had moved out of Whistler, told the paper that he planned to rebuild “a regular duplex” and sell the property, putting an end to Brio House.