‘This ending can happen to anybody’ 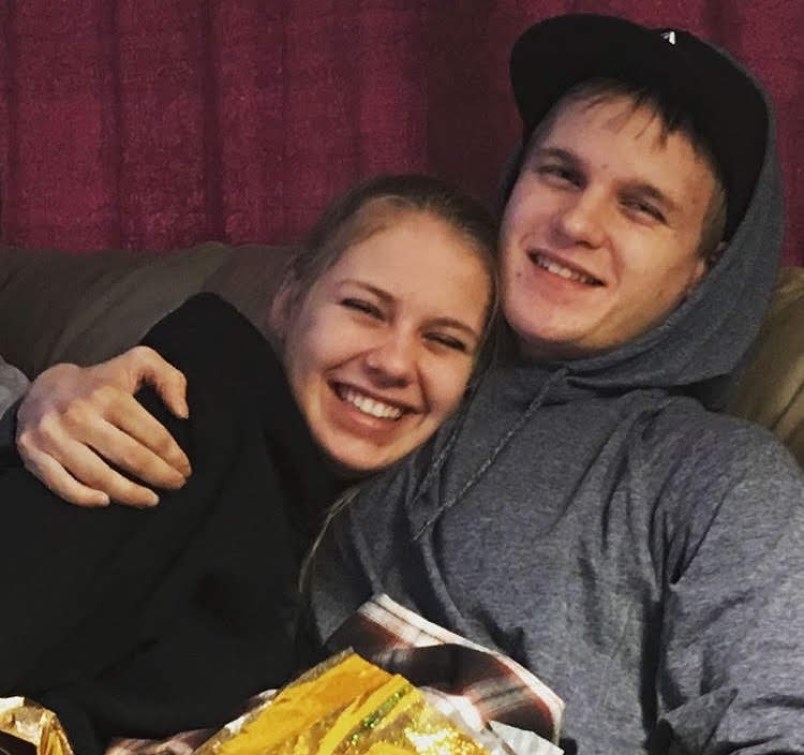 It was a nerve-wracking experience, but the 22-year-old who grew up in Squamish wanted to share an important message to mark International Overdose Awareness Day.

“I thought it was important to share his story,” Molby said shortly after settling back into university life in Prince George. “Before I wasn’t brave enough to talk about it, but it’s been over a year now.”

The video is straightforward; Molby sits in front of the camera and shares how her brother struggled with anxiety as a child and, as he got older, turned to marijuana to cope before eventually dropping out of school.

“For most people, marijuana isn’t a big deal… but the problem is Ty had an addictive personality and unknowingly this was the beginning of his problems with addiction,” Molby said in the video. “By Grade 10, after being a straight-A student in the beginning of high school, Ty dropped out.”

While he bounced in and out of jobs — “and loved everywhere he went. He was very charming, very personable. Everyone loved him” — drugs eventually took over his life.

While Molby doesn’t know the details of how addictions brought her brother to a low point — she was young at the time — she knows he got into coke, heroin, meth, and, fentanyl, and alcohol, and wound up going in and out of rehab.

“He bounced between living in my parents house and living in an apartment. He lived in his car for a bit and at one point he was living on the streets, which was really hard for my family. He also struggled with depression…. He told me once drugs was a way to cope,” she said.

Before he died of a fentanyl overdose last year, 23-year-old Tyrell had finished four months of rehab. “That was the first time he had been clean in years,” Molby said.

He was ready to start a new life in a new town surrounded by new people. “He had a clean slate,” she added.

But life got overwhelming, and, without his old destructive coping mechanisms, he struggled. A week after their parents left from helping him settle into his new place, “he slipped up.” While he took the amount of drugs he had in the past, because his tolerance was lower after getting clean, he died.

“He made a mistake, and it cost him his life,” Molby said.

She concludes the video by highlighting that her family is just like any other family: they’re middle class, with parents who are still together, a house full of pets and plenty of opportunity.

Ty loved music, had a sense of humour and loved his family, Molby said.

“My point is this ending can happen to anybody,” she said at the end. “You never know where life is going to take you or how low it’s going to get or what struggles you’re going to face or how you’re going to deal with them. Many people think drug addicts are weak, but I assure you they all have their own struggles or own stories, being lazy or weak isn’t it.”

Hi everyone, As many of you know my brother Ty passed away from a drug overdose in February 2019. Today is Overdose Awareness Day, so I thought I would share his story with all of you to help raise awareness on overdose and addiction. I know it is long, and I apologize but it’s hard to condense someone’s life into just a few minutes. If you have time, please give it a watch. I hope it can educate and give you a glimpse into the lives of addicts, overdose victims, and their families. Please feel free to share this! Thank you for your support💜 #overdoseawarenessday #internationaloverdoseawarenessday

“There were a lot of people who shared their own stories with me, which was cool,” Molby said. “I didn’t know what reaction I’d get. I was hoping it would be positive because it’s important to me, but I was stressed thinking people might be judgemental or not agree with my story. I didn’t get one negative comment.”

Of course, the Molby family is not alone. B.C. has seen a deadly summer in particular due to overdose. In May, deaths spiked to 174, followed by 177 in June, and 175 in July.

Around 5,000 people have died in the province since it was declared a public health emergency in 2016.

In the end, Molby hopes people take away the message that they need to have compassion. “Everyone has a story,” she said. “Everyone has something going on. Just be conscious of that and be supportive of what people need. You never know what they’re going through or what their family is going through.”