Bedrock: memories are made of geology

The accumulation of rocks in my life feels like a geological process unto itself.
Jun 25, 2014 6:00 PM By: Leslie Anthony 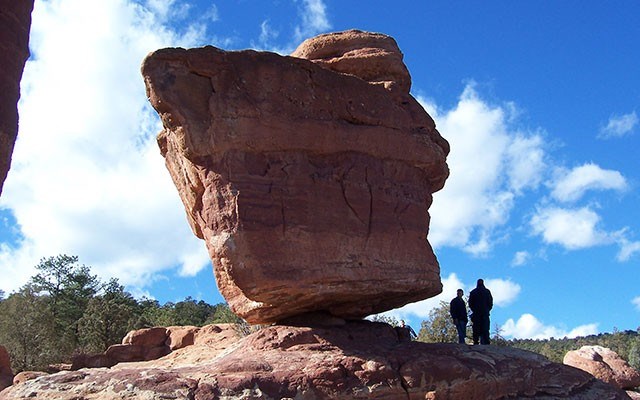 The accumulation of rocks in my life feels like a geological process unto itself. Loosened from the outside world by the stochastic processes of encounter or discovery, they're carried downstream by the hands of experience and deposited in an eddy of my existence. Sometimes I find them in a pocket, sometimes on a counter or in a drawer. The latest was lodged in the side panel of my car, on the passenger side, a place fairly predictable for discarded objects. Still, to find a rock amidst the bricolage of bobby pins, maps, scrunched up Kleenex, and non-functional pens is a rare treat. Being a life-long (and still) aspiring geologist I'm pretty sure it was some kind of calcite, but given the vagaries of mineral identification I know I could be wrong. Its identity would probably have been easier to suss out if I could remember precisely who put it there. Easier still if I knew where it came from. So there was no forensic geology to be conducted this time — at least not the type I'm capable of. But no worries, it's always nice to have an interesting rock turn up at your door.

Most of the rocks in my life, of course, are self-delivered, carried home from near and far for either an intrinsic aesthetic or souvenir value. In either case they're most often reminders of outdoor travel and adventure. In my living room, under the glass of a display table can be found the crystals, chunks and weathered stone of beaches, benches, rivercourses and mountain ranges from the four corners of the globe — though which corners are which is more elusive over time. Fossils like trilobites and ammonites abound in this collection, along with non-descript, brown-grey shards of Ordivician and Silurian coral reefs, some fetched from the climbing cliffs of Ontario's Niagara Escarpment and limestone plains, others from the depths of riverine gorges hiked on Anticosti Island in the Gulf of St. Lawrence.

Which fossils are which may become lost in the shuffle of moving, dusting, arranging and rearranging — but the collective memories remain vibrant. Ditto, for instance, the bright yellow sulfur, pink salts, and other minerals that journeyed home with me from a trip to Chile's Atacama desert, a memorable sojourn that included excursions through phantasmagorical canyons, across salt lakes, and to the summit of a 6,000-metre volcano. Perhaps most of my wayward rocks, in fact, come from volcanic landscapes — whether rubble ejected far from the cone in a cataclysmic explosion or one of the myriad lavas in a spectrum of colours, cleavage and grain that have variously flowed down volcanic flanks into the cooling regimes of air, water, snow or ice. Fetched from locales as diverse (and sometimes) unlikely as Mexico, Iceland, Greece, Chile, New Zealand and Canada they now form a mute collective for the esoteric trope of volcano skiing. I can add to that a handful of lava chunks and pumice from the Whistler area: there are many ancient volcanoes in this part of the Coast Range, and more recently active ones like the Black Tusk and Garibaldi have dispersed plenty of lava flows and pyroclastics around our neighbourhood.

This past winter brought me to the usual collection of disparate destinations, and I helped myself to iconic granite from the Bugaboos in the Purcell Mountains in eastern B.C., and equally iconic dolomite in the eponymous Dolomites of northeastern Italy. Iceland in particular, where I found myself again this past March, is a place where I can't keep my hands off the ground when it comes to rocks. With every kind of lava imaginable found here, when snow grips the land any exposed piece of ground offers a wondrous slice of Earth history — a virtual geologic shopping mall. Inside of an hour in the Lake Mvatn region north of the tidy Nordic town of Akureyri, I plucked popcorn lava from the cinder-cone slopes of Hverfell, twisted gas-bubble chunks amongst the preternatural towers of Dimmuborgir ("dark castles"), and colourful pebbles near the steaming vents of the Krafka fissure swarm — a microcosm of the country's interior where the rhyolite hills surrounding lava deserts like Landmannalauger are aflame in canary yellow, rich ochre and blood red. Such landscapes are quintessential Iceland, but tourist magnets more for their volcanic drama than the bigger picture — and it's a very big picture indeed. Iceland straddles the active mid-Atlantic Ridge, part of the longest mountain range in the world (stretching almost pole-to-pole), where tectonic plates have been rifting apart for 150 million years — the reason why rocks in Nova Scotia find their closest relations in Scotland and South America's nose fits in the crook of West Africa. It's a humbling reality that a little piece of rock in your pocket can continue to remind you of.

I know I'm not the only one with a rock collection from a career of travel. Some have them spread around across shelves and windowsills, others parsed away in bags. One friend even has a giant bowl in her kitchen filled with rocks from every single one of the 130 locales in which she has worked around the world as a cinematographer for the National Film Board of Canada — and she can remember the circumstances of each and every one of them.

In the end, the true identities of the rocks I cherish as memories of outdoor adventures might become scattered in time and space, but admiring this very quality will itself always remain grounding.