"When I got that medal put around my neck - well, at some point you just can't be happier..." Steve Podborski on being the first North American male to win an Olympic alpine medal.
Apr 29, 2011 6:12 AM By: Michel Beaudry 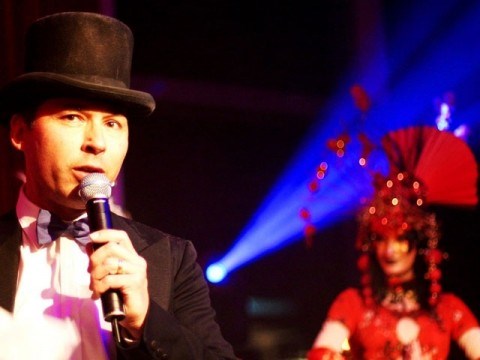 "When I got that medal put around my neck - well, at some point you just can't be happier..."

Steve Podborski on being the first North American male to win an Olympic alpine medal.

As long-time Olympic followers know only too well, the avalanche of gold-medal performances at last year's Games was something of an anomaly for Canada. In fact, until very recently, Canadian athletes were hard-pressed to come home from their Olympic campaigns with any medal. And 1980 was no different.

But wait. It was different. Led by Ken Read and his Crazy Canuck stalwarts, the country's downhill team was on a roll that year. Remember? Read and company came into the Lake Placid Games riding a swell of strong results. A recent winner of the gruelling (and fearsome) Hahnenkamm Classic in Kitzbuehel, the young Calgarian was widely considered the odds-on favourite for Olympic gold.

As for his teammates, they were nipping at his heels. Everyone had tasted of the podium champagne that season. All of them were keen to perform. "We went into Lake Placid with incredibly high expectations," remembers Steve Podborski. The baby of the team - and only 22 years old - Pod was quietly coming into his own that season. He'd won his first "real" World Cup race a few weeks earlier in St. Moritz - and that, he says, had given him a huge boost in confidence. "It really turned on the switch for me."

Fortunately for Pod though, the media spotlight in northern New York State was focused firmly on his older teammates. "We were all under enormous pressure," he continues. "We were definitely in the media bull's-eye. But for Ken, it was even worse." He shrugs. "No surprise there. After all, this was at a time in our sporting development when Canada didn't have a whole lot of medal hopes at the Games..."

As always, the downhill race was the first Olympic event scheduled. "We'd done really well at the Pre-Olympics the year before," explains Pod. "So we approached the Whiteface course with a lot of confidence." Another pause. "So when I pushed into the start house, the last thing I expected was to hear bad news."

He'd barely started his pre-race prep when rumours of a shocking crash came oozing up the course. "There was this huge kerfuffle on the radio and I turned to our start coach, Toulouse [Spence] and I asked him what was going on. 'Do you really want to know?' he asked. I nodded. He told me Ken had fallen."

It could have been the straw that broke the camel's back. To a weaker-minded competitor, it might have signalled the end of his day. But Pod reacted in an entirely different way. "Strangely," he says, "a sense of relief washed over me as I made my way into the starting gate. Suddenly everything was clear. Now all I had to focus on was ski racing - and that was something I knew I was pretty good at..."

He says he didn't ski the course particularly well. "I made a few mistakes up high and nearly fell in the lower section. It was close actually." He stops talking. Laughs. "But when I crossed that finish line and looked up at the board and saw my name near the top - that was huge!" More laughter. "And the rest of it - the medal ceremony, the media scrum - it was all a bit overwhelming. I can barely remember the details of it."

Read's Lake Placid crash could have defined those Games for Canada. But Podborski's surprise bronze medal performance completely transformed the moment. Here was real team depth, it indicated. Here was the future of Canadian ski racing. As for Podborski, it set him on a winner's course that would see him eventually become the first North American skier to ever win the overall World Cup downhill title.

"It's funny how much that Olympic medal shaped my career," he says. "Remember, until that moment there'd been virtually no televised ski coverage in Canada. People weren't watching us on TV every weekend. They didn't know how well we were doing."

After Lake Placid, though, "Steve Podborski" became a household name in this country. An exaggeration? Maybe. But consider: "A dozen years later," Pod recounts, "my wife and children were catching a taxi at the Vancouver airport. And the Sikh driver noticed her last name. 'Are you related to Steve,' he asked her. When she told him she was, he proudly announced that he'd named his firstborn son 'Steve' in honour of me." A long pause. "That story really blew me away." He laughs again. "It still does..."

Pod's sense of Olympic destiny never really left him. Still, it was a bit of a leap for him when former track star Charmaine Crooks called in 1998. Pod had recently left his job at Blackcomb Mountain (see last week's Alta States) and was honing his media skills as a freelance sportscaster for the U.S. networks. "Charmaine told me she wanted me to join her athletes' committee for the bid. And I asked: 'What bid?' So she told me: 'We're going for the 2010 Winter Games, and we need you to be part of our bid team.'" Pod can't help himself. He has to laugh. "All I could think about was: 'how old am I going to be in 2010? Heck - that's twelve years away! I'll be an old man by then.'"

But Podborski is nothing if not competitive. And the idea of holding the Games in his adopted hometown was just too alluring a prospect. "I knew we had a long row to hoe," he says. "I knew how tough it would be to land the bid - after all, this was the third or fourth attempt for Whistler. Still, I thought we had a pretty compelling case."

The first hurdle was huge. Going against two strong domestic bids from Calgary and Quebec City, Podborski found himself the lead presenter for the Vancouver-Whistler group. "I got to stand up first," he says. "And you know what - being a former medallist, a Crazy Canuck AND a Whistlerite - it was hard not to succeed." Suddenly it was official. Vancouver was now Canada's designated bid city for the 2010 Winter Games.

And the landscape changed yet again. "It was a little crazy," admits Pod. "Overnight, the bid went from an interesting idea to a LARGE REALITY. The Canadian Olympic Association, the federal and provincial governments, the affected municipalities - everyone wanted a piece of the action. It became this gigantic thing!" A long pause. Pod takes a breath. Sighs. "But that's the nature of the beast," he explains. "The Games don't belong to one person or one group. It's the hardest part of the process - so many people give so much to the task, sometimes years - only to be swept aside along the way."

But that wasn't the only challenge for the bid group. "Imagine meshing all these 'experts,' who've never done an Olympics, into a functioning team," says Pod. "Imagine dealing with all their crazy agendas and personal biases - and still getting them to perform at their best." That's why, he says, he has so much respect for John Furlong's leadership at the Vancouver Organizing Committee (VANOC). "Things really started to change with his arrival. That's when the team started to gel. Sure - there were still some really hard moments. And a lot of anxiety. But we definitely knew our mission now."

For Pod, the biggest surprise in the campaign was how small the eventual margin of victory would be. "There were 120 IOC members voting in Prague," he recounts. "And we won by an astonishing three votes. Three votes! I nearly died when an IOC friend revealed to me how close it had been. Two votes would have changed the whole outcome. I remember thinking - 'I just devoted the best part of a decade to this thing, and we nearly lost the bid by two votes.' I'm still shocked to this day..."

As for the Games themselves, Podborski insists they lived up to his own high expectations. And he leaves us with a short anecdote to support his claim. "As the assistant Chef de Mission for the Canadian Team at Whistler, part of my duties was interfacing with various groups supporting the Games. One of those groups was the Canadian military, and somewhere along the way I had agreed to visit the troops guarding the village."

But in all the Olympic brouhaha, that meeting had slipped his mind. "The night before had been a big one at Canada House," he recounts. "Kaillie Humphries and Heather Moyse had just won gold in the two-man bobsleigh and we'd celebrated into the early hours." So it goes. Pod woke up the next morning and suddenly realized he had this military visit to organize - and no athletes to draw on. "So on a whim, I thought I would bang on Kaillie and Heather's door." Remember - this was the morning after. Their gold medal performance was barely 12 hours old. Their answer?

"'Hell yes!' would be the sanitized version of their response," says Podborski proudly. "They were onboard 100 per cent and totally charmed the soldiers. It was certainly one of the high points of my Games. To me, those two women perfectly described living, and sharing, the Olympic spirit and dream."