LETTER TO THE EDITOR: Celebrating bike to work/school week 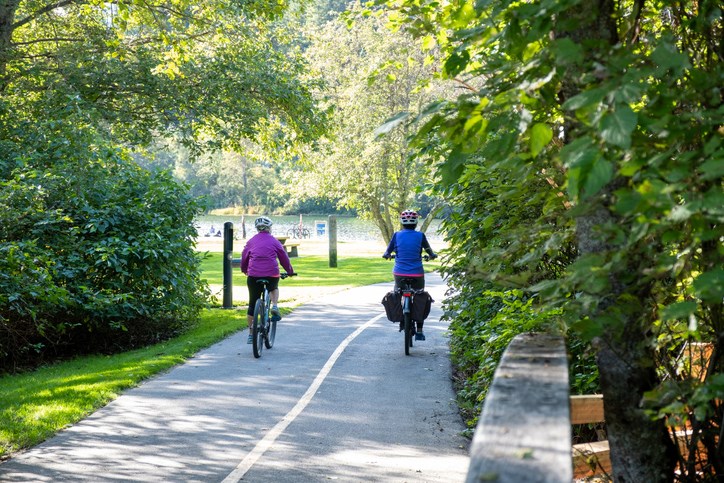 A Whistler couple shares some tips they've learned about getting around town on two wheels after ditching their car for e-bikes. Getty Images

As a way to celebrate Bike To Work Week here in Whistler, we thought we would celebrate by sharing some tips and tricks we have learned.

We have two boys, three and six years old, and we ride them to school on the bike every day. We sold our car and travel around Whistler almost exclusively by e-bike, with the occasional cab ride.

We told ourselves that if the conditions are so bad that we don’t feel comfortable biking to school, we will call a cab: we have used a taxi only five times. Our mobility costs have plummeted.

[Last November] we bought our first e-bike, in February we bought our second e-bike, and in March we sold our car. We found we weren’t using our car to get around Whistler, so why pay so much to keep it parked? Our first bike has now travelled 2,500 kilometres in six months.

We tow a trailer behind the bike, as this is our trunk; a place to put backpacks, groceries and kids—having a trailer is a must for replacing car trips. When we bike somewhere, we know exactly how long it will take, and that we will be able to park in front of our final destination. We could bike to the snowline at Magic chair with the kids, or park at Marketplace for as long as we want, for zero dollars.

It seems like every time we go out, we see more people riding e-bikes as a form of transportation. The revolution in mobility, part of the disruption of the 2020s, is upon us. E-bikes are exploding.

We look forward to seeing many more of you out and about on our e-bikes over the next year.