LETTER TO THE EDITOR: Platter chatter 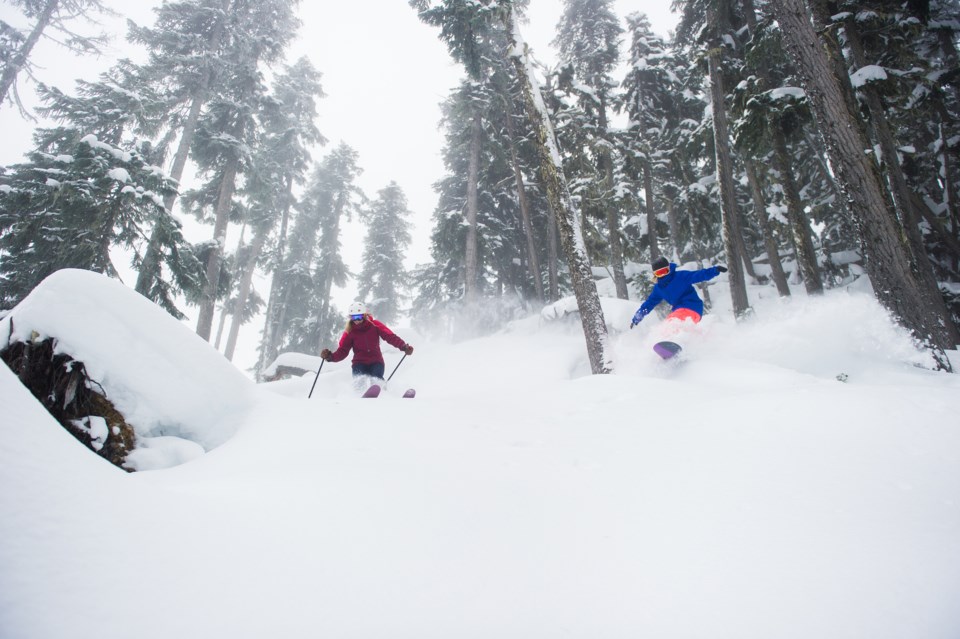 At Whistler Blackcomb this winter, 'Those spaces between friends most easily admired from any distance, remind us of the thought that goes into keeping things together,' writes a Pique reader in this letter to the editor.gettyimages.ca

Gravity brings people together. It's definitely the attraction here, but while we're sliding on that curve, in this oasis of snow, a little bit can go a long way. The pressure of a deep carve exhilarates just a little further, when the dip of resistance is let go for a second, away from the pandemic, the personal space, the need for distance.

It was a last resort, in a way, hoping this season would be here to enjoy. Now the heaps of fun and snow can only remind us of what it was, and still will be. Even now, it's been enough to thank everyone who brought it together, from top to bottom, from back, to front staff. Their efforts, and the risk that didn't include riding on the off days, was essential, and appreciated.

On the hill, there were so many nice things to see. People getting away, because it was their only sense of normal in winter. The one chance to be something other than disciplined, or forgetful. In between, we all have something to mourn, someone to remember who won't be around after it is gone. Even now, while we still climb that hill, the gravity pulling us together will also bring us back to normal again.

On the chairs, you could see people with extra space, legs waving in the air, dancing to a moment about to happen, just below. Chatter wasn't confined to the pressure of getting as many up as possible, and as fast.  It was about the business of living, something we forget under pressure, something we can't always fit into an economy. The grace of trying was evident this season, and it won't be forgotten.

Those spaces between friends most easily admired from any distance, remind us of the thought that goes into keeping things together. A lot of that space was removed this year, by fear, but it comes and goes with time. The little things protect us when we remember how to care.  Even if we don't, someone will probably help out. That was a nice thing to see, too. It seems like a smile was something we could miss the most, but it was there, under a mask. Next year, the smiles will be back, and we will all remember the gravity that kept a friend from forgetting who we are when the world was upside down.