Letters to the Editor for the week of February 22 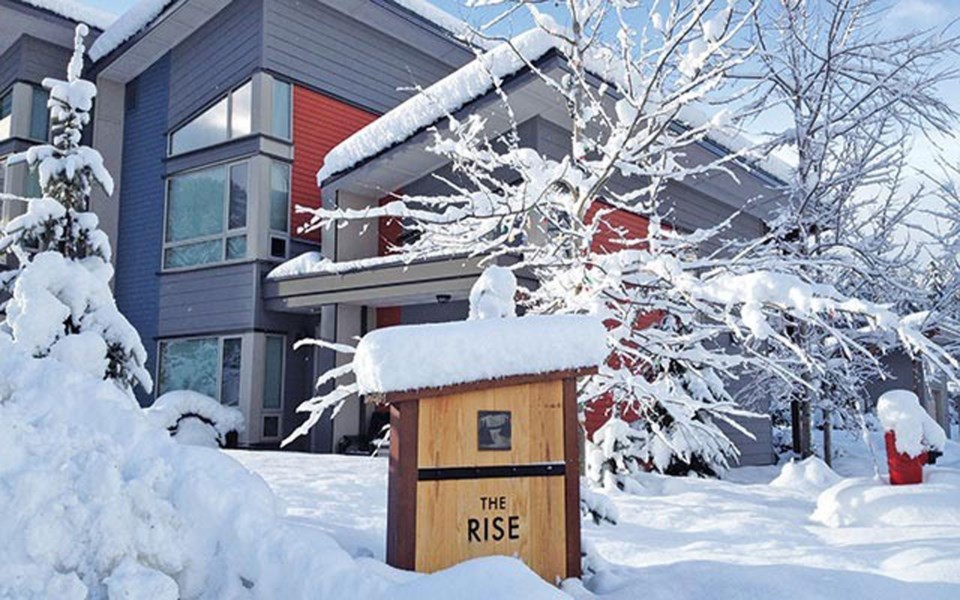 Legacy lands are answer to housing

Whistler recognized the need for affordable, resident employee housing long before the city of Vancouver. Auxiliary suites were encouraged and made legal in Whistler a quarter of a century before Vancouver moved forward with legalized suites and laneway housing.

Whistler's Housing Authority (WHA) has been recognized across North America as a leader in creating affordable housing. Why is it necessary to seek out Vancouver "city solutions" and housing experts?

The latest RMOW policies and directions unnecessarily place at odds the current desperate housing needs of Whistler businesses against the rights of residents to enjoy their homes and neighbourhoods without the fear of future density infill.

In no uncertain terms (should) the RMOW... compromise Whistler's residential neighbourhoods with infill housing projects when Whistler has the legacy lands as a better and more viable alternative.

Let's use cannabis as our excuse to raise taxes or impose fees at a municipal level because legalization is going to cost us a fortune.

That's what Fort St. John and West Kelowna think. Then there is Edmonton, which has estimated it will spend up to $11 million extra a year for bylaw enforcement and RCMP staff once cannabis is legal, while Regina has estimated an additional $1 million or more in policing costs. Edmonton's population is about five times that of Regina. Yet Edmonton's projected costs are 11 times that of a city 700 kilometres away as the crow flies? Who runs these municipal finance departments? Arthur Anderson?

The city of Richmond is saying no to having cannabis retail outlets. Really? As President of Richmond Addiction Services Society, I spoke to then-councillor Malcolm Brodie and MLA Rich Coleman and stated, as an expert on the impacts of the gambling industry, that, sure, the new casino would bring in new tax revenue, but it would bring in a whole new set of issues. Brodie is the mayor now in a town where money laundering seems to be the norm but they won't allow cannabis sales? Come on.

The cities of Burnaby, Richmond and Surrey all said they don't allow dispensaries to operate. Surrey. Yeah. I'll leave that comment hanging. Tofino is saying no? Unreal.

Methinks that the municipalities are looking for funds from the province and jumping on cannabis legalization as their new cash cow. Stop. Stop now.

Perhaps the province should share alcohol tax revenues with the municipalities because of the highly documented social costs. Ask any police officer how much of their time is spent dealing with alcohol-intoxicated people. No, really. Just ask. I read about it weekly in the Pique. Maybe municipalities should impose a tax on doctors that prescribe oxycodone and other legal drugs that are plaguing our society.

Whistler, please do not jump on this bandwagon of thinking that cannabis legalization will mean increased costs to our infrastructure. Let's allow this industry to flourish in the open and let's change the bylaws to allow retail stores in the Village, Creekside, Function and Rainbow. Don't punish the industry with business licenses that cost any more than those given to establishments serving alcohol. Let's embrace this great change in our society.  Anyone who is interested in debating this can meet me up on Tokum.

He's one of our own

I hosted Daichi Hara as an international student for over two years while he was in Grade 10 and 11.

He completed Whistler Secondary School (WSS) in five years while training every day to win a gold Olympic medal. At age 13, those were lofty goals.

He was often up at 5:30 a.m. on weekends in chilly April to train on Blackcomb's pool jump. What a guy!

We studied his English literature class together sometimes, often reading chapters out loud and both being baffled. That was about six years ago.

He persisted, focused only on moguls skiing and his studies. He made Japan's national Olympic team and just a few days ago won a bronze medal at the 2018 Winter Games in South Korea — Japan's first medal at these Games. His Whistler support team started with the dedicated staff, Shiro Nakajima (director) and Ami Sakai at Canadian Sports Business Academy, several host families, engaged WSS teachers and, of course, his Whistler moguls ski coaches. He brings honour to our community. Let's celebrate his victory as one of our own.

FORK IN THE ROAD: Quit cherry-pickin’ those cherries
Jul 4, 2020 11:00 AM
Comments
We welcome your feedback and encourage you to share your thoughts. We ask that you be respectful of others and their points of view, refrain from personal attacks and stay on topic. To learn about our commenting policies and how we moderate, please read our Community Guidelines.