Never mind the pipeline we need an energy policy

Whistler is one of the most important tourism partners the government of B.C. has. So the fact that it has taken a stand against the $5.5 billion Enbridge Northern Gateway pipeline project should be noted and considered by our provincial lawmakers.
Apr 11, 2012 9:00 PM By: Clare Ogilvie 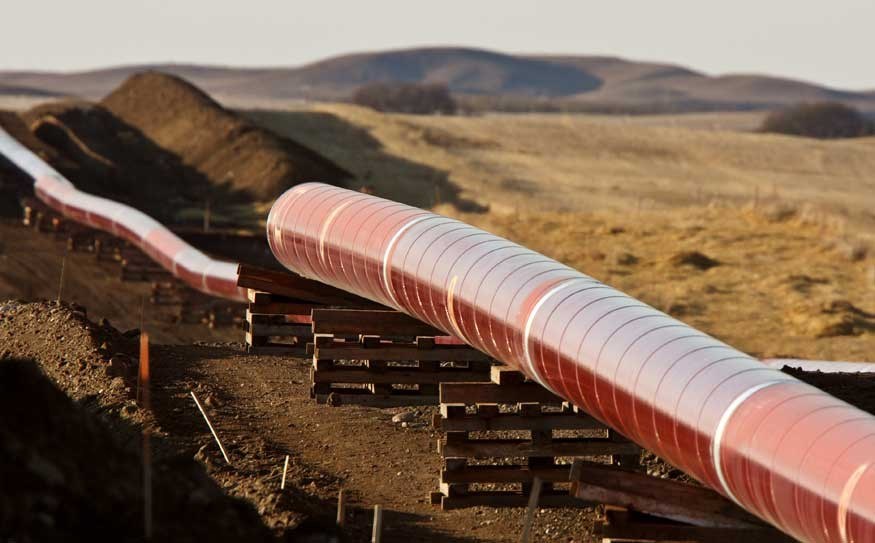 Whistler is one of the most important tourism partners the government of B.C. has.

So the fact that it has taken a stand against the $5.5 billion Enbridge Northern Gateway pipeline project should be noted and considered by our provincial lawmakers.

The B.C. Liberal government of Christy Clark has still not taken a stand on the pipeline ­— instead publicly supporting a natural gas pipeline — as if that will take the mind of B.C. residents off the proposed 1,172-kilometres of dual pipelines that would run from the Alberta oilsands to Kitimat on the B.C. coast.

Of course, this point is hardly important in the long run as B.C. forfeited its opportunity to say no to Enbridge's Gateway project, having signed a pact years ago giving the federal government control over projects that cross provincial borders.

Shockingly, the federal Conservative government has already come out in favour of the pipeline project even though it is yet to get the results of a National Energy Board review panel. The hearings are expected to last until April 2013 in communities affected by the pipeline. The review is supposed to assess Canada's need for the project and decide whether it is in the national interest. There are about 4,000 interveners set to take part. The release of the Environmental Assessment Report should be in the fall of 2013 and the final decision at the end of 2013.

The project would involve two pipelines, one carrying oilsands crude west and the other transporting imported condensate, a solvent similar to kerosene, used to dilute oilsands bitumen in order for it to be pumped through pipelines. I feel I should point out that according to an article in the Tyee.ca, ("Market for Enbridge's Gateway Pipeline," Jan. 31, 2012) there are no long-term shipper agreements signed with Enbridge. This is "unprecedented" said Pembina's senior oil sands policy analyst, Nathan Lemphers in the Tyee report.

This got me thinking about the company behind this. A visit to Enbridge's website section on "historical overview" shows a picture from the past with three men starring through a pipe big enough for a toddler to run through. Yes, this is a company that builds pipe. It doesn't develop resources; its reason for being is to sell as much pipe as possible.

The reality is it just wants to get that pipeline contract. The fact that the product it is carrying will likely have to be sold at a discount to Asian markets is irrelevant to it.

(Discounted you ask? Asia doesn't have the capacity to refine the thick, heavy oilsand bitumen we produce, so it will have to pay to send it to the Gulf of Mexico coast of the U.S.— the only place that has. If that's the deal its likely Canada will have to absorb that extra cost Asian markets are facing.)

Many of those who are watching this drama unfold believe that the Enbridge project is really just a way to put pressure of the U.S. government to give the go-ahead to the Keystone XL project, which will see a 3,190 kilometre pipeline built from Canada's Fort McMurray to the Gulf Coast.

The question this leaves me asking is why is Canada not pursuing the development of it's own refineries and then we could sell our product at a higher price? We may still need to build pipeline, but at least we would be controlling our own energy policy to a greater extent.

Why don't we have a robust national energy strategy?

According to the Council of Canadians right now, our country does not have a national energy strategy that addresses where our energy comes from, where it is going, or the high price of environmental devastation that comes with producing it.

Currently, Canada imports more than half of the crude oil it needs. We purchase around 55 per cent of our oil from countries such as Algeria, Saudi Arabia and Venezuela. We are also turning increasingly toward new sources including Russian and African producers.

"Article 605 of NAFTA only allows us to reduce exports to the U.S. if we cut our domestic supplies by the same proportion. Furthermore, we can't charge the U.S. a higher price than the one in Canada and we can't disrupt or restrict the normal channels of supply. What are those normal channels? A huge network of 16,000 km of pipelines sends Canadian oil south, mainly to the American mid-west. At the moment, no pipeline takes Alberta's oil to eastern Canada," explains a Council of Canadians research document.

For now the media is portraying the Enbridge pipeline argument as a face-off between those concerned for the environment, and those who see the economic development of the resource as trumping all other concerns.

Whistler council framed their motion in the same vein.

But I would argue it goes far deeper than that. This goes to the very heart of Canada's sovereignty and its ability to manage its own resources for the good of its citizens.

Perhaps Enbridge's greatest legacy will be in helping people here in Whistler and B.C., and across the country, see that now more than ever we need an energy policy and strategy that puts Canadians first.

For the last 16 months it has been my great privilege to fill this page with my thoughts and arguments on an eclectic range of subjects. But for the next several months Pique's publisher, Bob Barnett, will be taking back the space as I work on some other projects at the paper. But I'll be back!