With the past seven days representing National Biodiversity Week in many countries—the reason the last column in this space focused on biodiversity—let’s stick with that theme.
May 31, 2020 4:00 AM By: Leslie Anthony 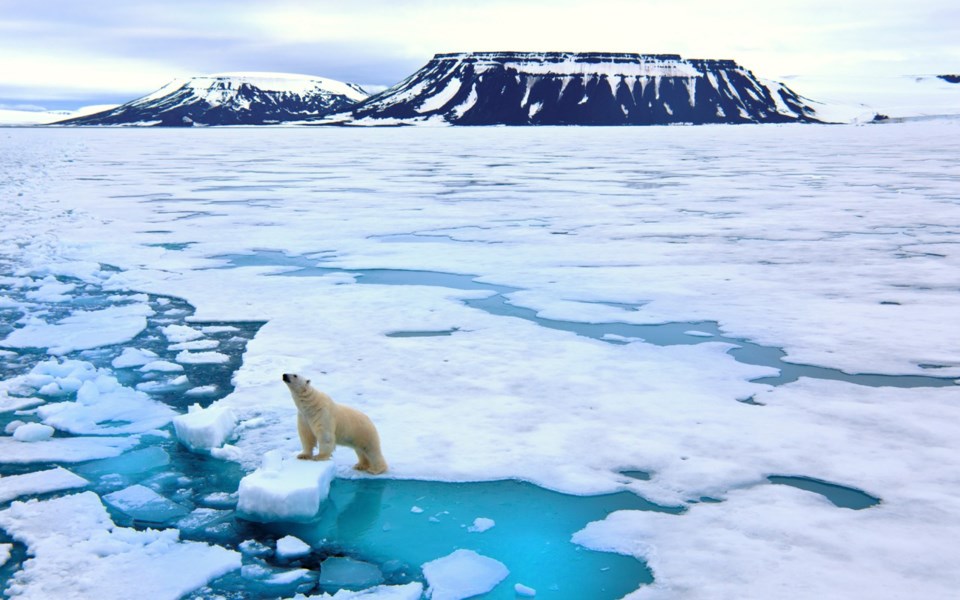 It isn’t news that climate change has been both more profound and had greater effect in Canada’s north, but not just on the land base—the Arctic Ocean, it turns out, may be changing faster than any other such waterbody on the planet. Getty Images

With the past seven days representing National Biodiversity Week in many countries—the reason the last column in this space focused on biodiversity—let’s stick with that theme.

On the heels of #EndangeredSpeciesDay, #WorldTurtleDay and #InternationalDayForBiodiversity, we’ll look at a region of Canada that isn’t often mentioned when we think of biodiversity—the Arctic.

“Canada’s Oceans Now: Arctic Ecosystems 2019,” a first overall assessment of Canada’s Arctic Ocean released by the federal government at the end of April, brought into focus something that has been fuzzy to us for a while. The report’s essential theme was this: figuratively speaking, the roof of the world is turning upside down.

Based on the larger 200-page “State of Canada’s Arctic Seas” technical document by a raft of federal scientists and Inuit observers, the more user-friendly, infograf-laden public document depicts an ecosystem in the sort of flux not experienced since the Ice Age, one where large-scale shifts in everything from temperature to currents to chemistry are influencing the makeup of marine flora and fauna in a vast area that was once contained beneath ice for most, if not all, of the year.

To begin, it isn’t news that climate change has been both more profound and had greater effect in Canada’s north, but not just on the land base—the Arctic Ocean, it turns out, may be changing faster than any other such waterbody on the planet.

“People see it as a faraway frozen land, but there’s much happening,” lead scientist Andrea Niemi of the Department of Fisheries and Oceans told the Canadian Press. “As the Arctic [itself] changes, the rest of the ecosystem is going to track with those changes—there isn’t going to be a delay.”

Indeed, as with many biodiversity issues related to climate change, the system-wide alterations are happening at a rate that finds scientists one step behind when it comes to basic biological inventories. For instance, the report suggests that up to 60 per cent of species living in the Beaufort Sea’s Canada Basin (directly to the north of Alaska, the Yukon and Northwest Territories) have yet to be documented. Niemi offered the example of recently discovered worms that are able to live off energy derived from methane pluming out of undersea mud volcanoes. “Who knows what else is down there?” she wondered, noting that as with so much of our knowledge of the Arctic we’re just getting started. In fact, the first formal assessment of fish species in the Beaufort Sea wasn’t tabled until 2014—just in time to note a major fluctuation in species composition. Some examples: coastal fish species are moving further offshore, and Pacific salmon and capelin are moving up from the south. In some cases, Niemi noted, communities were setting out their fishing nets to catch local species but “just catching salmon.” Although the effect of the salmon’s fortuitous range expansion on other fish species isn’t yet known, their predators—killer whales—are following them north. Orca, in fact, have become such frequent visitors to these waters as to alter behaviour in other whale species that Inuit depend on for food and materials—beluga and narwhal.

Physical changes in the rapidly warming Arctic include sea-ice thinning and area loss and along with it, a virtual doubling of shoreline erosion. But the change most affecting food webs can be found in the water itself—now 30 per cent more acidic and 33 per cent less salty than 15 years ago. In addition, the circular current known as the Beaufort Gyre that historically alternates its direction around once a decade, has stagnated, having not shifted for 19 years. This has resulted in poorer mixing into the Arctic of nutrient-rich water from the adjacent Pacific Ocean. This, of course, has major knock-on effects with the phyto- and zooplankton that anchor food webs and nutrient cycling here.

Less ice has not only affected what it once covered, but what lives on it. Ringed seals can’t complete their molting cycle in summer because the ice breaks up too early; in addition, increasing water temperatures appear to be making the animals less alert and more prone to predation by polar bears.

Each of these advents also changes the equation for what biodiversity in Arctic ecosystems provide its human inhabitants. With the ground—and ice—shifting beneath them, the Inuit are understandably interested in knowing more about what’s happening, and how it fits into their typically holistic environmental worldview. Unfortunately, the report’s conclusions are hindered by the very fact of the first-step problem mentioned above: long-term ecological data for most of the North are lacking, and without knowing what was there in the first place, it’s hard to measure changes, and even harder to know their cause.