Re-focusing on the American market

This week more than 500 top business and political leaders from the Pacific Northwest gathered in Whistler to talk about everything from LNG to invasive species.
Jul 23, 2014 6:00 PM By: Clare Ogilvie 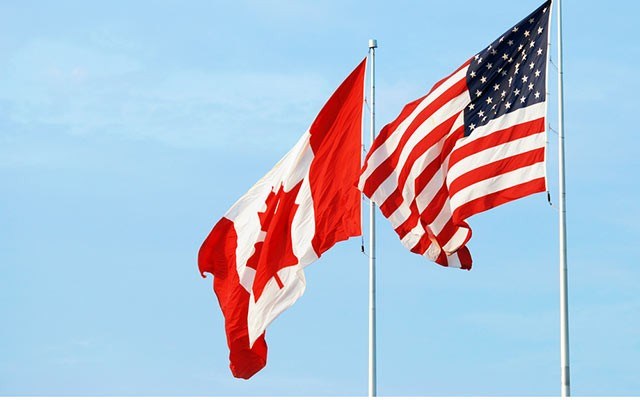 This week more than 500 top business and political leaders from the Pacific Northwest gathered in Whistler to talk about everything from LNG to invasive species.

It is the first time the PNWER (Pacific North West Economic Region) Summit has been back to the resort since 2001. Back then, the news most of the media focused on was the expected demonstrations against the summit, which came at a time of activism against trade conferences nationally and internationally.

Formed in 1991, PNWER is a public-private sector partnership, representing Alaska, Idaho, Montana, Oregon and Washington in the United States and Alberta, British Columbia, Saskatchewan, the Northwest Territories and Yukon in Canada.

This summit saw both the Canadian ambassador to the U.S., Gary Doer, and the U.S. ambassador to Canada, Bruce Heyman, at the table to talk about the border. Both reaffirmed their nation's commitment to making it easier to cross both for business and pleasure, including a proposal to facilitate processing of U.S. and Canadian visas for a "two nation vacation."

Earlier this year we learned that Canada's tourism operators want a renewed focus on marketing to the United States, even if it means diverting resources from emerging markets that show a great deal of long-term promise — they titled the initiative "Connecting America."

For years we have heard of the need to invest into markets such as China and Brazil — and while there is no doubt they are sending more and more travellers out into the world (in 2012 Chinese visitors to Canada registered a notable increase of nearly 20 per cent in spending, surpassing Germany in terms of spending to become the third most valuable overseas market) Canada is really not seeing a great deal of benefit from them... yet.

According to the Restoring Canadian Tourism report (July 2013) by the Canadian Chamber of Commerce, the U.S. market is overwhelmingly the largest source market for Canadian tourism, generating close to 75 per cent of all overnight trips in 2012. It is also the market that has suffered the most serious decline with a loss of 4.4 million American visitors per year since 2002.

"It is tempting to attribute this decline to the recession of 2008/09 and the strengthening of the Canadian dollar. But Canada's attractiveness to U.S. customers has been waning since 2001, long before those factors were significant," states the report.

So embracing the "Connecting America" initiative is clearly a significant move by tourism partners in Canada. Put together by the federal Canadian Tourism Commission (CTC) and the Tourism Industry Association of Canada (TIAC) it would see a federal marketing investment of $105M (three years at $35M, which would be matched 1:1 by provincial, local and private sector investment for a $210M campaign over three years).

So far there is no money in the bank, but the CTC, which mostly pulled out of advertising in the U.S. about two years ago to favour emerging markets is re-thinking this plan with the Connecting America initiative top of mind, and money may come with that change. The CTC estimates that for every $1 it spent on marketing Canada abroad, on average about $40 was returned in tourist spending in Canada.

Sourcing funding is challenging as the federal government has slashed the money available to the CTC over the last several years (2009 it received $106 million, while last year that was down to $58 million) putting Canada on the sidelines when you consider the massive investment made by the U.S. to drive tourism, as well as the levels of investment made by other nations around the world. The relatively new Brand USA national tourism marketing agency has over $200 million to spend, with half of that coming from the federal government in matching funds — and according to their stats it's working, with destination visitors increasing by 1.1 million, and incremental visitors' spending at US$3.4 billion.

Some argue that the Canadian travel and tourism industry has become over-reliant on domestic travel. Over 80 per cent of its revenue is derived from Canadians travelling within Canada, up from 65 per cent just a decade earlier.

There is no denying that the domestic traveller has been a good friend to Whistler. But now, with global tourism marketing on a hard-sell streak, those domestic travellers are being lured by the powerful messages coming from Brand USA and other destinations and taking their money out of country. Success comes from keeping as many of the domestic guests as possible and growing the destination/international traveller who spends thousands more per visit while on vacation.

The stakes are high — destination visitors in winter to Whistler spend $350 a day compared to $145 spent per day by a regional visitor.

Let's hope that hosting summits such as PNWER keeps Whistler on the radar of decision makers, and let's hope that attendees go home and tell two friends what a great place the resort is for a vacation.