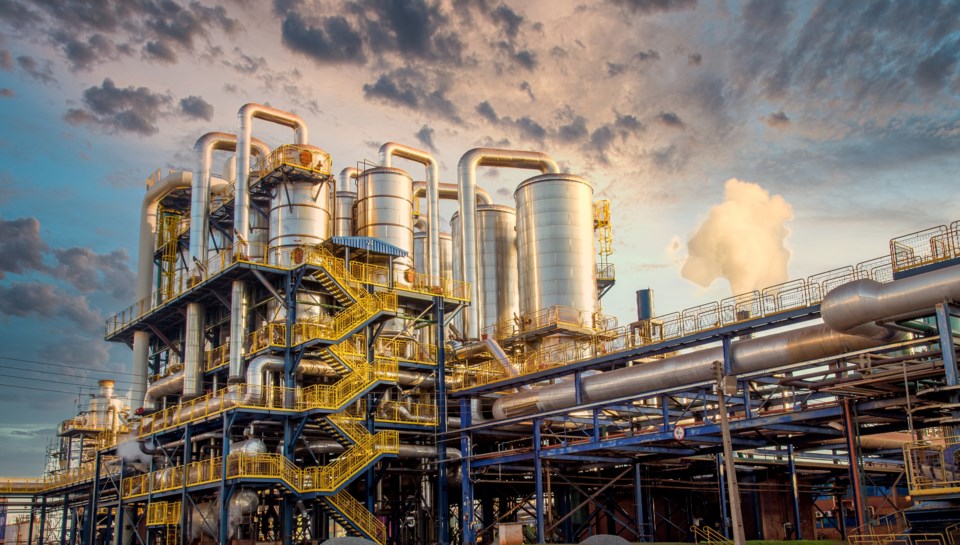 In terms of GDP, capital produced by industrial development is measured as positive, but the consequent loss of natural systems that absorb carbon, purify water and air, provide habitat for pollinators, prevent soil erosion and more aren't counted. GETTY IMAGES

Everything we need to survive—food, water, air, shelter—comes from nature, of which we are a part. Fuelled by the sun’s energy, this planet is amazing in its ability to replenish and recycle the basic elements of life.

Now people are outpacing Earth’s ability to maintain these essential services. Our economic systems not only ignore this unsustainable plunder, they encourage it. That’s led to a 70-per-cent decline in mammal, bird, fish, reptile and amphibian populations over the past 50 years. One million plant and animal species—one-quarter of the global total—now face extinction.

A big part of the problem is that destroying nature is more profitable than protecting it, and tools such as gross domestic product are not fit for assessing real economic health. GDP is “based on a faulty application of economics,” according to an independent review on the economics of biodiversity by University of Cambridge professor Sir Partha Dasgupta.

“Truly sustainable economic growth and development means recognising that our long-term prosperity relies on rebalancing our demand of Nature’s goods and services with its capacity to supply them,” Dasgupta argues. The 600-page report, commissioned by the U.K. treasury to help set the agenda for its government’s 25-year environment plan, notes it would take at least 1.6 Earths to maintain our current lifestyles.

GDP measures production but does not account for damage to or loss of essential natural services. Capital produced by industrial development is measured as positive, but the consequent loss of natural systems that absorb carbon, purify water and air, provide habitat for pollinators, prevent soil erosion and more aren’t counted, regardless of the costs to everything from human health to water and food supplies.

Between 1992 and 2014, produced capital per person doubled, but “natural capital” stock per person declined by nearly 40 per cent, according to the University of Cambridge. GDP measures that as “positive growth,” indicating a thriving economy. Because of this outdated and backwards economic paradigm, governments worldwide subsidize activities that damage nature by at least US$6 trillion a year.

This puts economies, livelihoods and well-being at risk. “Nature is our home,” Dasgupta says. “Good economics demands we manage it better.”

The report explains that, along with losing biodiversity and increasing climate change risks, if we continue to degrade and destroy natural habitats, we’ll face further and even worse pandemics, as most new disease outbreaks, including COVID-19, are “zoonotic.” That is, as we encroach on habitat, pathogens jump from other animals to humans.

The report outlines three areas where transformative action is needed. First, we must reduce our demands so they don’t exceed nature’s ability to continue to supply them. This means increasing natural services by protecting and restoring natural areas, and reducing harmful forms of consumption, such as meat-heavy diets.

The second area is one that we’ve been writing about for some time: adopting better ways to measure economic success. Various ideas are being considered around the world, including “doughnut economics,” developed by Kate Raworth and the “gross national happiness” index promoted by the Kingdom of Bhutan.

The third area for change is to transform institutions and systems like finance and education to enable and sustain the necessary changes. This means ensuring that money flows to enhancing rather than degrading nature. It also means nature studies must be included in education at all levels.

“If we care about our common future and the common future of our descendants, we should all in part be naturalists,” Dasgupta writes.

To achieve the transformation, supranational institutions must be developed to protect public goods like rainforests and oceans  and to ensure that poorer countries are able to protect ecosystems without suffering economic losses. Such transformative change would cost far less than delaying.

The economic systems we developed a relatively short time ago have wreaked havoc with the natural systems on which our health and lives depend. Gauging our economic success on constant growth, on endless cycles of work, production and excess consumption, has led to biodiversity loss, disease outbreaks, pollution, climate disruption and greater divides between rich and poor.

Change is not only possible, it’s absolutely necessary.