The cost of climate change

That was a great storm. Kind of like the good ol' days where you couldn't find your car in the morning because it was buried under the snow. Whistler doesn't really take snow days off, but if we did, Thursday, Jan. 3 would have been the day.
Jan 9, 2019 5:00 PM By: Clare Ogilvie 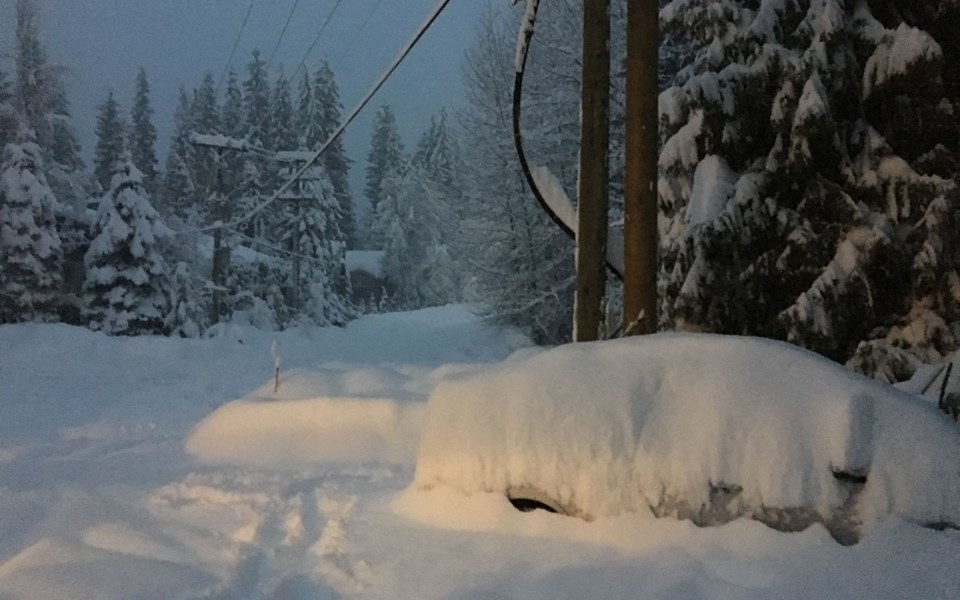 That was a great storm.

Kind of like the good ol' days where you couldn't find your car in the morning because it was buried under the snow.

Whistler doesn't really take snow days off, but if we did, Thursday, Jan. 3 would have been the day.

Of course, along with the all the rejoicing there were significant problems. Pemberton residents were cut off due both to the road being too dangerous to drive and a tree that fell and blocked the highway. The busy village also lost power for several hours.

Whistler Blackcomb, while salivating over the snow, didn't open much terrain due to safety issues—frustrating, yes, but let's be honest: it's been a little gnarly up there so it's important to keep putting safety first.

In some ways, all this snow has taken us a bit by surprise since we had such a slow start. But historically the ski hills' alpine regions are a good bet for good skiing most years. It's the village and our "rain events" that put a damper on things, and we know that these experiences are set to be the norm in the decades to come.

With this as our reality, it's time to look at how prepared we are for the more violent impacts climate change will bring—storms, wildfire, drought, floods and so on.

Were you ready to stay at home last week if the roads were impassable, the highway closed, the power out? Do you have a free-standing source of heat and enough food and water for everyone (pets, too) in the house? What about sources of light or first-aid equipment? Have you set up with friends where your kids can go if you are stuck in Whistler, Pemberton or Squamish and can't get home after work?

Let this last storm cycle act as a bit of a wake-up call on a personal level.

This storm came just a couple of weeks after B.C. experienced a significant windstorm and weather event that cut off power to 750,000 people. Nine-hundred BC Hydro field personnel worked to repair more than 1,900 spans of wire, 390 power poles, 700 cross-arms and 230 transformers that were damaged as a result of the winds on Dec. 20. Hydro workers were brought in from out of province to help get customers back on the grid, and some still did not have power for 10 days.

The winds came from three different directions and clocked in at over 100 km/h in some places. BC Hydro is still tallying the cost of the storm and recognized publicly that it needs to improve parts of its operation plan as these types of events become more common.

As the frequency of extreme weather events rises, so too do insurance payouts. They used to average a few hundred million dollars a year, but there has been a huge surge and claims now total more than $1 billion every year. The insurance sector has been calling for stronger climate policies and increased investment in measures to help residents adapt.

And, yes, the NDP government recently released its CleanBC climate action plan—yay—but the small print does little to address the many shortcomings outlined in B.C.'s Auditor General Carol Bellringer's 2018 report on climate change. This report found: "(T)he B.C. government is not adequately managing the risks posed by climate change. It is very likely that B.C. will not meet its 2020 emissions reduction target of 33% below 2007 levels, and models suggest the province is not on track to meet the 2050 target."

Indeed the cost of climate change impacts are sitting on the front lines with municipalities in many cases.

Whistler has budgeted $1.46 million for community wildfire protection in its budget, for example. Bellringer's report reveals that it would cost approximately $9.5 billion to address sea level rise and seismic upgrades to dikes along the Metro Vancouver shoreline and the Fraser River shore, while a major Fraser River flood could cost between $19.3 and $22.9 billion.

Sobering statistics as you dig your car out.