THE OUTSIDER: Understanding the limits of satellite communication in the backcountry 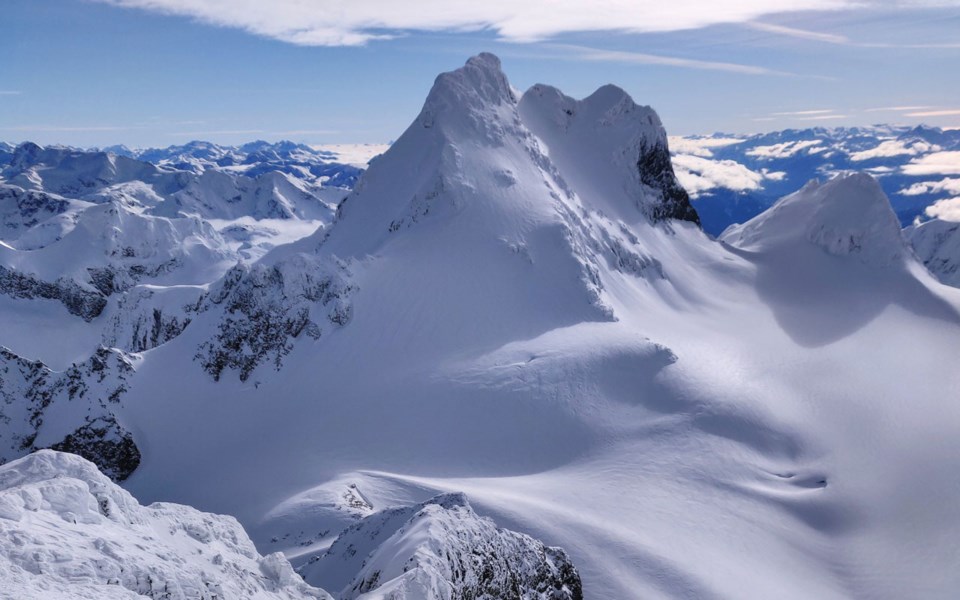 BE PREPARED Mt. Matier (in distance) was the site of a search and rescue response in late December, made more efficient by the party activating a satellite messenger. Photo by Vince Shuley

In our hyper-connected lives, getting “off the grid” has taken on somewhat of a romantic cultural significance. Without distractions, notifications and the constant communication, we connect more to our surroundings and more to each other as people. That’s why Gen Z-ers watch an old episode of Friends and are flabbergasted to see a group of 20-somethings sitting around a table in a coffee shop and actually talking to each other. (Or so I heard in a podcast interview with David Schwimmer).

Technology caught up to us in the backcountry, though. Two-way satellite messengers are now a recommended piece of safety equipment and bringing one per party on days in the wilderness is probably the safest thing you can do after packing your transceiver, shovel and probe. I’ve said it before in this column: dollar-for-dollar, a satellite messenger is a safer piece of equipment than an avalanche airbag (though having both is nice).

The issue with these now-ubiquitous, satellite-connected toys is that many people don’t understand how they work and more importantly, what they can’t do.

Let’s rewind a few years for a second. Satellite phones have been around since the turn of the century and have always been relatively expensive, relatively bulky and not the highest call quality. Emergency Position Indicating Radio Beacons (EPIRB) have been around for a few decades longer as a means of pinpointing downed aircraft or naval vessels in distress. The consumer-level versions of EPIRBs are often called Personal Locator Beacons (PLB) and work in much the same way. It has one function and it doesn’t require any ongoing paid subscription service to do what it’s designed to do.

The minimum standard for backcountry recreationists these days is a one-way satellite messenger. These devices can still hit the SOS button and act as a PLB, but come with the added feature of being able to send text messages. These were—and still are—very useful for checking in with next-of-kin, letting them know that the party is running late or requesting a pick-up. The older SPOT models were in this category of one-way satellite messengers.

The latest and greatest in the satellite messengers are those that connect to the Iridium satellite network, namely the brand inReach (which is now a subsidiary of Garmin). These devices can send and receive messages (ergo two-way), which is helpful in all kinds of situations. Think about if search and rescue (SAR) can’t land a helicopter in the party’s location, but SAR personnel can message the party to move to a predetermined spot that’s going to expedite the rescue.

All satellite messengers require an ongoing subscription to work (with the requisite and annoying activation fee), starting at about $16 per month.

Now let’s talk about the limitations of all this great technology. A satellite messenger, even though it pairs with a smartphone, does not work like a smartphone. The device requires a clear view of the sky to connect to the satellite network. Messages don’t always send and receive instantly. Garmin states on its website: “Depending on your location and your surroundings, messages can be sent or received in a matter of seconds, or it can take up to 30 minutes.” Plan your communication accordingly.

The SOS button can be triggered accidentally tumbling around in the bottom of your backpack, and it has happened more times than you might think. Think how embarrassing it would be to have an entire SAR crew flying out to be greeted by your crew, who are all perfectly fine.

The biggest limitation of satellite messengers is that of the response itself. Remember, the SOS button is a last resort that you should absolutely push if you require a rescue. But SAR won’t be there in the time it takes to deliver a pizza.

“People just expect they’re going to push this panic button and we’re going to come out of the mist and save them,” said Pemberton Search and Rescue Society (PSAR) president Pete Schimek. “They have to understand the reality of it. There are weather factors, there’s time of day, there’s a whole lot of other things, and there’s typically a two- to two-and-a-half-hour delay. I think people buy these things without actually considering any of this stuff.

“The more information we receive from the get-go, the greater chance we have of pulling out the injured party: specific nature of the injury, number of people in the party, location. Is there a suitable spot where we can land the helicopter near you or is it going to require a long-line mission?”

Vince Shuley loves his inReach Mini. For questions, comments or suggestions for The Outsider, email vince.shuley@gmail.com or Instagram @whis_vince.

THE OUTSIDER: Bell curves, break-ins and a new era of backcountry ineptitude
Jan 10, 2021 9:00 AM
Comments