United States: The wells are poisoned

Donald Trump may not win the election next week — although he is at least going to come close — but even if he loses, the wells are poisoned.
Nov 2, 2016 6:00 PM By: Gwynne Dyer 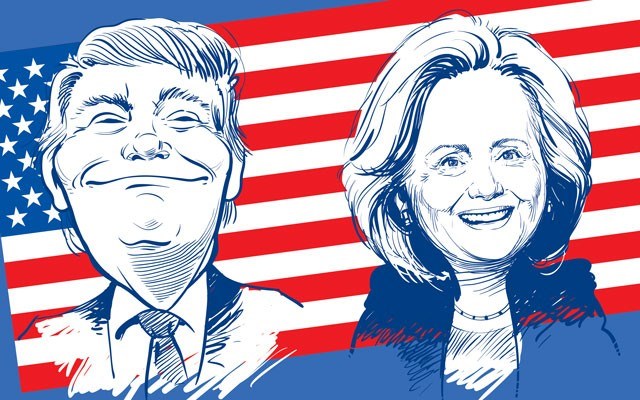 Donald Trump may not win the election next week — although he is at least going to come close — but even if he loses, the wells are poisoned. Either "Crooked Hillary" becomes president, and spends the next four years fighting off legal challenges and fearing assassination by some of Trump's more deranged admirers, or Trump becomes the 45th U.S. president, and the United States becomes the world's biggest and most dangerous loose cannon.

The race was probably always closer than the opinion polls suggested. The last-minute decision of FBI director James Comey to hint publicly that he MIGHT reopen the investigation into Hillary Clinton's "extremely careless" (his words) use of a private email server when she was secretary of state has undoubtedly made it closer.

Inevitably, the media took this to mean that he had reopened the case, and it is hard to believe that he did not act with malice aforethought. As John Podesta, Clinton's campaign manager, said: "Director Comey's letter (to Congress) refers to emails that have come to light in an unrelated case, but we have no idea what those emails are, and the director himself notes they may not even be significant."

Trump was already claiming that the election was "rigged" against him, and that he might not accept a Clinton victory. Comey has created an equal and opposite likelihood that Democrats will regard a Trump victory as illegitimate, and refuse to accept him as president. Either way, it will be the "birther" conspiracy all over again, but this time in seven-league boots.

This is almost entirely Trump's fault. With constant lies and threats and personal abuse, he has brought the entire electoral process into disrepute, and the American media has let him get away with it because he was "entertaining." As Les Moonves, chairman of the CBS television network, admitted eight months ago, when Trump was just starting out: "It may not be good for America, but it's damn good for CBS."

Many billions of dollars of free publicity later, this ignorant and bombastic "sociopath" –— the word that Tony Schwartz, the ghostwriter of Trump's premature autobiography The Art of the Deal, uses to describe him — stands on the threshold of great power. And Schwartz, in an interview with The Observer last weekend, was very frightened about the possibility that he would become president.

"Staggeringly dangerous. Worse than I imagined when he began to run... He's way more out of control in the last couple of months than I've ever seen him. He doesn't have any core beliefs beyond his own aggrandizement and power." Schwartz didn't even find it over the top to talk about a Trump presidency in terms of martial law, an end of press freedom, and nuclear war.

We must hope that really is over the top, but we should also bear in mind that Tony Schwartz has probably spent more time actually talking to Donald Trump (while writing the book that launched him as a celebrity) than any other non-family adult has done in the past 30 years.

But the omens are not good if Trump loses the election either, because that doesn't mean that Clinton wins it. At least not for the very large chunk of the American population who will have voted for The Donald.

Hillary Clinton would have to preside over a bitterly divided country in which almost half the population believe she has stolen the presidency — and there is a strong possibility that Trump would start sending out coded calls for violence.

He already did this once, in August, when he was whipping up a crowd with accusations that Clinton would override the Second Amendment to the U.S. Constitution, which most gun-owners believe enshrines the right of American citizens to own weapons.

If Clinton created a majority in favour of gun control on the U.S. Supreme Court, Trump warned the audience, then that's it: "Nothing you can do, folks." The pro-gun crowd started to boo, and after a little hesitation Trump added: "Although the Second Amendment people — maybe there is, I don't know."

Like most public incitements to violence, it was veiled and oblique, but it was also unmistakable. It would be heroically optimistic to believe that Trump would not serve up more of the same if he loses the election. One way or another, it is going to be an ugly and frightening time in the United States.