Building on a watershed moment for trans awareness

If you happened to tune into 20/20 on Friday night you saw something that would've seemed inconceivable on national television even just a handful of years ago.
Apr 29, 2015 6:00 PM By: Brandon Barrett 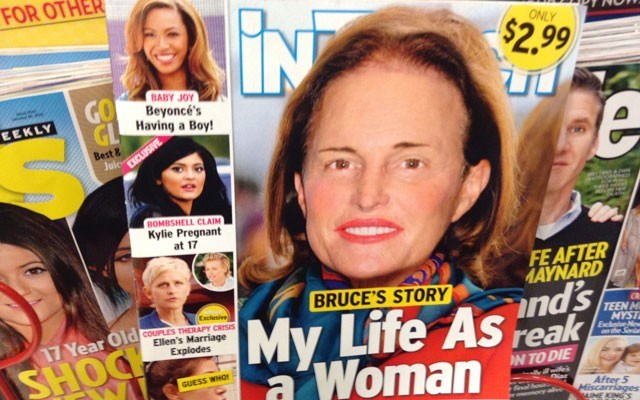 Bruce Jenner has become the highest-profile face for transgendered rights after he spoke publicly for the first time last week about his transition from man to woman. Flickr photo

If you happened to tune into 20/20 on Friday night you saw something that would've seemed inconceivable on national television even just a handful of years ago. There, across from Diane Sawyer, sat Bruce Jenner, once hailed as the world's greatest athlete, discussing his transition from male to female publicly for the first time. (Jenner has said he prefers to go by the male pronoun for the time being.)

"For all intents and purposes, I'm a woman," he said in an exclusive interview that aired on ABC.

"People look at me differently. They see you as this macho male, but my heart and my soul and everything that I do in life — it is part of me," Jenner said. "That female side is part of me. That's who I am."

The importance of this sitdown with the former Olympic gold medallist and reality TV star cannot be overstated. Some have questioned whether the Kardashian family patriarch — and all the drama and dysfunction that goes along with that — is the right public face for the trans movement, but there's no doubt that Jenner lends a high-profile voice to an issue that needs all the ears it can lay claim to.

Of course Jenner's story — which was treated with a level of sensitivity and aplomb uncharacteristic of modern media — is bound to differ from the thousands of other transgendered people who have embarked on their own journeys of self-discovery, but the simple fact that that story has finally been given a chance to be heard is monumental on its own.

It doesn't take a psychology degree to ascertain that the majority of so-called problems some have with transgendered people stems directly from a place of abject fear. Fear of what's different, fear of the unknown — whatever you want to call it — it's the base emotion that many civil rights movements have had to challenge and overcome in generations past. Putting a familiar face on the unknown, like Jenner did, will only help to lessen that fear. For two hours, 19 million Americans, and likely millions more across the globe, watched the same person who graced a Wheaties box 40 years ago discuss his very personal struggles with living life as a man. I don't think it's an exaggeration to say that, for many who tuned in, it was probably the first time they'd ever actually been privy to such a conversation. It offered a glimpse into a life that many would rather not even consider, let alone try to understand, and that's a huge step.

Barack Obama became the first U.S. president to bring up trans rights in his State of the Union address.

Laverne Cox, trans actor, activist and breakout star of the hit series, Orange Is the New Black, graced the cover of Time magazine, and just this month posed nude in the beauty magazine, Allure.

Cox, who remains one of the most prominent voices for trans rights, also earned a Daytime Emmy this year for her MTV docuseries The T Word, which delves into the lives of seven trangendered youth.

Elsewhere in the TV landscape, critics raved about the brilliant dramedy Transparent, which offered a poignant look into the aftermath of a Los Angeles family's discovery that their father is transgender.

There's no doubt that it was a high watermark for trans visibility in the mainstream, but as Cox herself told Time, there's still a lot more progress to be made.

"I would say that 2014 was a watershed moment for visibility, but the record unemployment rates, homicide rates, and discrimination that we experience, that has not changed," she said. "So we need more of what's happening in the media in terms of visibility to affect policies and how we treat transgender folks."

The need for action is apparent when you take a look at a recent bill put forward in Florida that would make it illegal for trans people to use bathrooms that don't belong to their biological sex. It's yet another way the transgendered are made to feel like "the other" when they're simply wanting a safe place to use the bathroom like everyone else.

Consider that in the first two months of 2015, seven trans people have been murdered in the U.S. and you understand how vital this sense of safety really is. Even in a place like Canada, hailed for its commitment to human rights, the transgendered often aren't afforded the basic privileges they deserve.

In February, civil rights groups were furious after the Senate gutted Canada's "bathroom bill," effectively prohibiting transgendered people from entering any single-sex washroom, and stopping anyone barred from such a facility from filing a human rights complaint.

Bill C-279, which was passed in Commons in 2013 but languished in the Senate for two years, was originally intended to add "gender identity" to both the Criminal Code and the Canadian Human Rights Act. Needless to say, this is not the way to go about it. So, yes, trans awareness is having its watershed moment, and we can spend all the time we need patting ourselves on the back for finally listening to one of the most marginalized group's in society. But it's not enough to just hear them. All the positive momentum of the past year will have been for nothing if we don't collectively decide as a society that things need to change.