Eulogy for the Two Acre Shaker

Sadly, one of the greatest festivals the Sea to Sky has ever known is coming to an end this weekend with one final, massive blow out. Goodbye, Two Acre Shaker. I'll miss you dearly.
Aug 13, 2014 6:00 PM By: Stephen Smysnuik 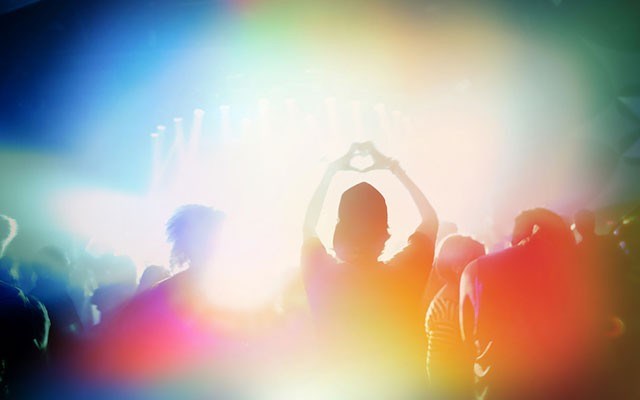 Sadly, one of the greatest festivals the Sea to Sky has ever known is coming to an end this weekend with one final, massive blow out.

Goodbye, Two Acre Shaker. I'll miss you dearly. There were a few legendary nights during its six-year run, and for me, it'll remain the benchmark for great parties, the one I'll be comparing every party to — music festivals included — for the rest of my life.

Full disclosure: I have the mushiest of soft spots for the Shaker. I fell in love with a girl there four years ago to the day this column is published — Aug. 14, 2010. I'll marry this girl next week. In Pemberton. Because we met there at the Shaker.

The two of us have spent a great deal of time thinking about, and promoting in our own little way this tiny Pemberton festival. The Shaker has reached mythic status for us, for obvious reasons, but the appeal of the Shaker runs deep for quite a few people. There was something epochal about the Shaker, something that has captured the heart and spirit of what the Sea to Sky is all about.

In response to a friend complaining on Facebook about the outrageous Squamish Valley Music Festival ticket prices, Whistler artist Randy "Randoid" Smith wrote: "The best party to go to is still the Two Acre Shaker! Screw the big festival!"

That's high praise. He's not alone. I know quite a few people who feel the same way.

Well, the music was great, for one. There were never any fights, which also helped. Peace prevailed.

And of course there were the organizers: Kirk Becker, Lon Flath and Pat McKinnon — three clever, creative and local dudes who never intended to create an annual event (it started as a Pemberton 2008 pre-party for some locals), but maintained the same vision every year: To throw an epic party for loving, groovy people. Simple.

"It had a lot to do with the sheer intimacy of it all," McKinnon says in a phone interview. "Particularly in Kirk's yard — Old Kirk Becker's Farm — you're looking at 500 to 700 people gathered in a small intimate grove of trees. You look around the yard and you know half of the people there. Everyone had that connection."

Even after it grew in size and moved to Lillooet Lake Rodeo Grounds in 2012, the Shaker preserved the sort of communal spirit that only a purely independent festival can foster. It was a festival for locals, by locals. Everyone (with a ticket) was welcome, but whether you even knew about it or not, at least in those early years, depended on if you knew the right people.

But it wasn't just about the people. There was some kind of magic, particularly in the Becker Farm years. I went three years in a row, and left each time feeling... like my brain had been dried out like a sponge? Yes. But also like the festival had hit some kind of peg squarely on its head.

It was so small and so confined to a very specific type of person — 25 to 35 years old; creative; considerate; active; nature-loving; or some combination of all these. It also had zero corporate intrusion, and all these elements made for some of the purest, most honest and communal expression of capital-F "Fun" I'd ever experienced. It was the sort of environment where love had every chance to blossom.

It's fitting that the Shaker's shutting down in the same year as Pemby fest's return. McKinnon says the Shaker managed to fill a piece of the massive void left by the mega-festival's absence, but he's under no illusions about its place in the Sea to Sky's cultural makeup.

"They are two completely different festivals. Pemberton festival is the big corporate giant with amazing A-list acts. We're kind of this dorky little brother who is playing in the sandbox down the road," McKinnon says with a laugh.

But it was never a stopgap either. The Shaker developed its own unique identity at a time when festival culture in North America has exploded. The Shaker had its own little brand, hardly known outside the Sea to Sky, sure — but whatever. Like I said, the origins were modest, and so were its founders ambitions.

Which is basically why they're ending it. McKinnon shared a few logistical details with me for why they've decided to pull the cord — details so knotty that, if described here in full, would kill any romantic notions the Shaker has ever been associated with. Those points don't really matter, anyway.

Integrity matters. McKinnon says, "I've always been drawn to this concept artistically that you want, ideally, to leave a project behind at a time where you can leave people wanting more, rather than feeling like you've overstayed your welcome."

It's perfect, you know? Now let the legend grow.