Last week in Washington, D.C. we were treated to a glimpse of what happens when people are fed a steady stream of fear and bullcrap for decades.
Jan 16, 2021 8:00 AM By: Andrew Mitchell 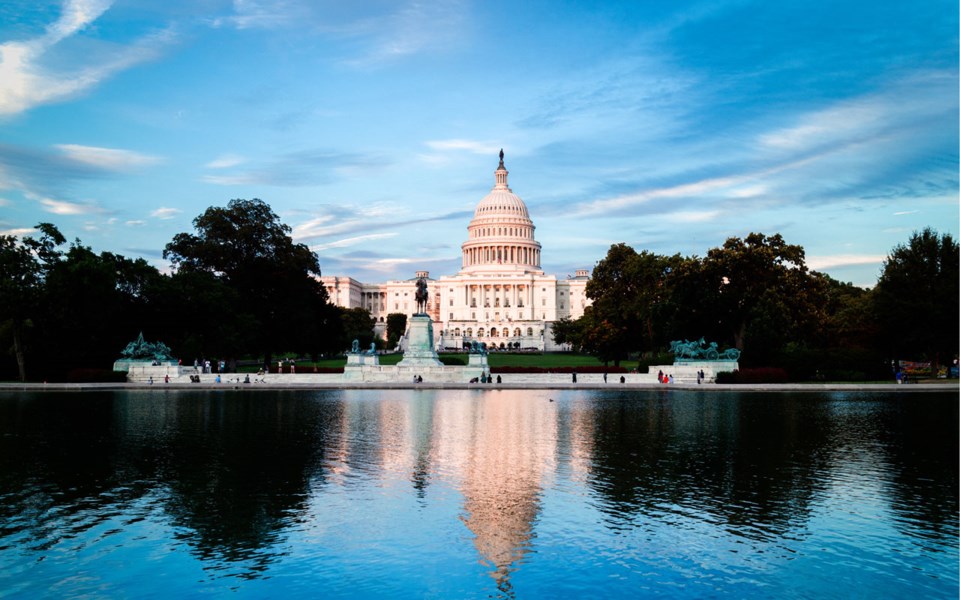 Last week in Washington, D.C. we were treated to a glimpse of what happens when people are fed a steady stream of fear and bullcrap for decades.

It’s easy to dislike these ridiculous men (for the most part) but the blame really belongs to all the political opportunists and alternative media pundits that have been egging them on and manipulating their mental state to make them think they’re genuinely under attack from the left—their heritage, their race, their religion, their guns, their communities, their votes.

The joke has officially stopped being funny but it’s still very much a joke. It’s hard to take people seriously if they think COVID is a hoax, the world is being run by a cabal of pedophiles, Bill Gates is putting microchips in the vaccines to spy on people with 5G towers, or that Donald Trump—a man who never had an approval rating higher than 50 per cent, was trailing in the polls by almost 10 points on the eve of the election, ran an incredibly divisive government, and badly mishandled the COVID epidemic—actually had a chance in that election.

Now that Trump’s incredibly deluded followers (a.k.a. Y’all Qaeda, Vanilla ISIS, Meal Team Six, the Gravy Seals, Irrational Guard, the Brunch Covidians) have shown how dangerous they can be, it behooves Canadians to start taking our own growing alt-right problem a little more seriously. We have absolutely nothing to be smug about.

The day after Washington, D.C. was locked down, there was a small protest in Vancouver in support of Trump and his efforts to steal the election. Last summer, an armed QAnon conspiracy follower drove his truck through the gates at the Prime Minister’s residence. There was that whole Yellow Vest demonstration. And Wexit. And there are all kinds of anti-mask groups from coast to coast that are partly responsible for dragging out these lockdowns.

A recent study of social media revealed that Canadians were active on some 6,600 message boards and channels like Reddit subs and Twitter feeds that are dedicated to alt-right takes on the news, right-wing conspiracy theories, “white pride,” nationalism, fascism, and worse. Look up the Three Percenters when you have a minute. The Proud Boys? Started by a Canadian. And it’s not just on the fringes—a Conservative fundraising campaign (now taken down) tried to leverage the U.S. situation by accusing Canadian Prime Minister Justin Trudeau of trying to steal the next election.

While things may feel safer and saner in Canada, it’s only a matter of time before we have our own alt-right reckoning—unless we can take the necessary steps to cut the madness off at the source. It’s time to police content on social media, force the removal of lies, conspiracies and misinformation, and require content creators to label clearly their work as opinion, satire, entertainment or news. And only certified, recognized media that are trained and follow industry standards should be able to label content as “news.”

Rebuilding trust in the media and putting the “fake news” trope to death is critical for bringing the world back to some kind of objective truth to the world. It’s past time for the media industry to regulate itself like any other credible profession, like lawyers, doctors or engineers.

The media industry needs to adopt standards for professional training and certify both journalists and media organizations. People who report the news should take an oath to be truthful and objective. Journalists that violate the professional code of ethics should be investigated, fined, sent for retraining, or expelled from the industry.

At the same time, media organizations have to acknowledge their political bias and financial backing, and voluntarily comply with industry standards or risk fines, temporary shutdowns, or having to attach disclaimers to every issue, episode or story to let the public know they are on probation.

We put warning labels on everything, so why not media content as well? I don’t like censorship, but free speech shouldn’t be a refuge for lies, paid content masquerading as fact, propaganda, or misinformation that is increasingly being planted by bad actors like Russia and China. At some point, people should have to prove the things they say.

I get why the conspiracies that fuel this insane movement are so compelling, especially to people who may already feel alienated or have been told their entire way of life is under attack. It’s exciting to be in on a big secret, to imagine you’re the only one seeing things clearly, and then finding out other people think the same things you do. But if we learned anything last week, it’s that people who can be duped into believing one wrong thing can eventually be misled to believe pretty much anything—and to sign up for their militia.

The only way back to sanity is the high road, which means giving people better information. We’ll never stop the bullcrap entirely, but we can do more to make it harder for people to find.