Jerrys of the Day 3.0: The great outdoors

Nearly five years into my time in this province, one of my biggest failings has been that I don't go out and enjoy the outdoors as much as I should.
Sep 13, 2019 12:27 AM By: Dan Falloon 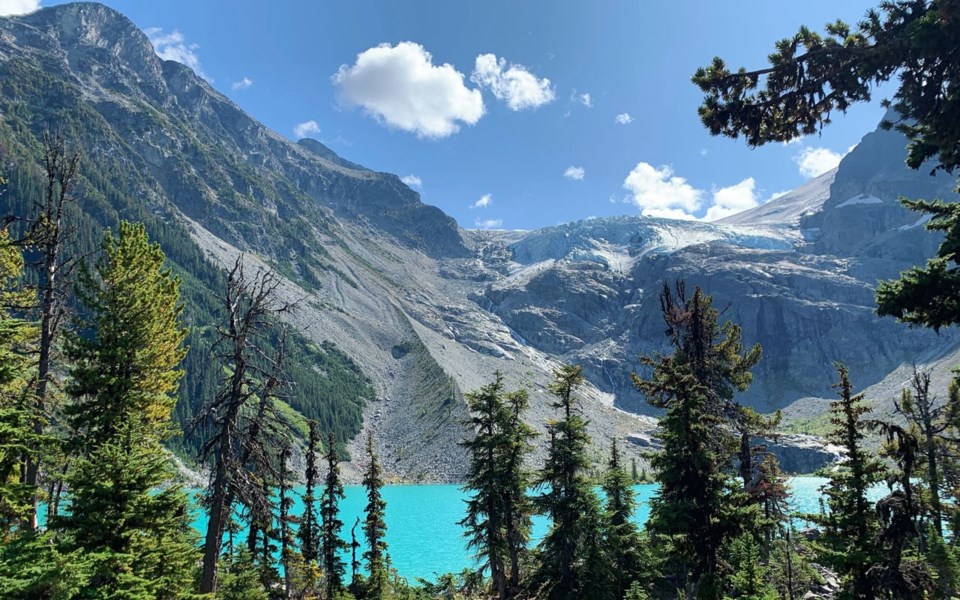 Nearly five years into my time in this province, one of my biggest failings has been that I don't go out and enjoy the outdoors as much as I should.

I'm no homebody recluse—my wife and I get out for walks in our neighbourhood or the odd lake swim when the beaches aren't entirely overloaded, and I've received some ski and downhill biking instruction (as covered in past Pique features)—but hearing about my colleagues' weekend exploits or even perusing social media and seeing some of the beautiful sights, I can't help but feel like I'm leaving some adventure on the table.

Part of it comes down to my prairie upbringing: the highest elevations in Winnipeg are old mounds of trash, so let's just say the muscles I need to haul myself up a mountain are, for lack of a better term, undeveloped.

And sure, I've slept in a tent plenty, but it was almost exclusively at a music festival and, to be frank, it didn't take incredible navigation skills to rediscover home because it was where I left my two-four. There also wasn't the pervasive threat of wildlife snatching your meals—or, worse, thinking you were one.

However, on Labour Day, I cast excuses aside as my wife and I attempted our first (!) successful trip to Joffre Lakes Provincial Park. (We'd tried to go one offseason weekend a couple years ago, but even though there was no snow and ice on the ground in town, we were absolutely not dressed properly when we arrived at the park.)

I admittedly had my doubts about going on not only a weekend, but a long weekend, no less. Still, it was the last day of the weekend, so hopefully, those interested in the trek had already gone.

We took no chances, setting our alarms earlier than we ever had on any prior holiday Monday, grabbed a coffee and muffin for the road, and were in the parking lot minutes after 8 a.m. In my mind, securing a spot in the main lot provided a dopamine rush equivalent to scrambling half-a-kilometre up into the wilderness.

After applying some sunscreen and making sure our packs had everything we needed, the two of us set off. After a gruelling five-minute trek, we made it to the first lake and, knowing this was a mere preview of what was in store, eagerly started the ascent to the Middle and Upper lakes, rather than give in to the legend of city folk, who hit only the Lower Lake, aware their Instagram followers won't know the difference.

It didn't take long before we realized we weren't in Kansas anymore (hey, for all intents and purposes, the phrase works).

"It's going to be another hour of this?!" we collectively gasped, gazing at the incline ahead of us.

Still, we made the point just to take small bites, even if it meant several seniors, regardless of their apparent fitness levels, pushed past us, reinforcing that it is, in fact, a novice-level expedition.

Getting to the Middle Lake was an absolute revelation, with a jewelled colour that words can't aptly describe. Looking at this natural beauty, it's understandable why so many people drive for hours, navigate/create chaos, and exert themselves to see it.

Neither of us love being in crowds, so it was a bit anxiety-inducing to traverse through the crowds lined up for the selfie log.

Admittedly not sure if we'd initially press on to the third lake, we'd gained the confidence to continue, reckoning that if we could take on the inclines that we already had, what was a bit more? Welp, the scrambling required by the rocky portions in that section of trail were certainly a challenge, but ultimately, weren't anything we couldn't handle.

After making it to the Upper Lake, we managed to find a relatively secluded spot to have our sandwiches and watermelon, and we even had a couple whiskey jacks say hello.

The hike down was, well, somewhat better, though descents are low-key challenging when you're getting help from gravity but don't want ALL the help.

Though we're both still sore days later, we're both eager to get out there and perhaps even try to sneak in another day adventure before the snow falls.