Learning from your (extremely dumb) mistakes is part of skiing

If I had to rank the stupidest/scariest situations I've gotten myself into while snowboarding or skiing, getting lost in Khyber's at the end of a long day would hands down land at the top.
Feb 5, 2020 11:00 PM By: Joel Barde 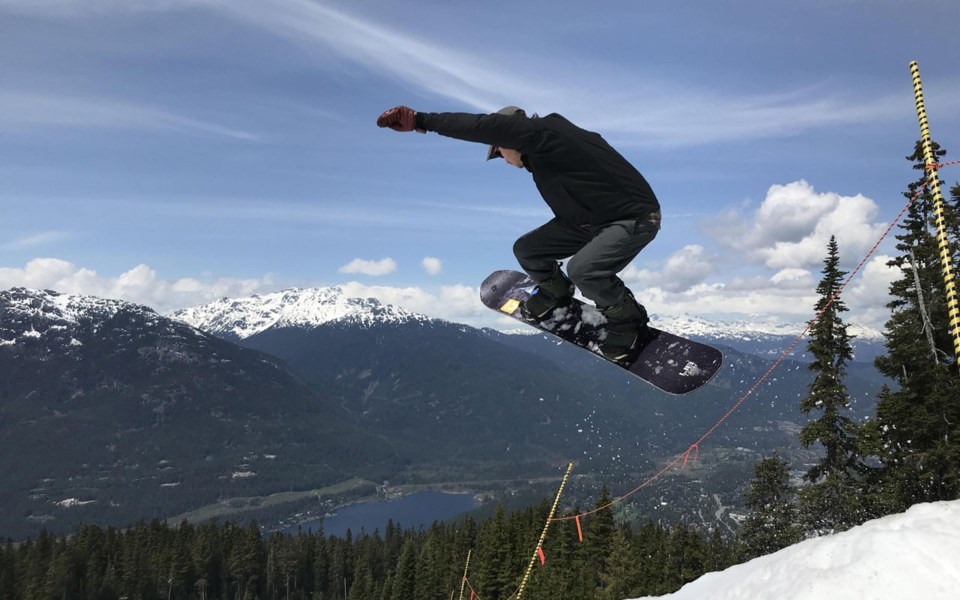 If I had to rank the stupidest/scariest situations I've gotten myself into while snowboarding or skiing, getting lost in Khyber's at the end of a long day would hands down land at the top.

Unfamiliar with the terrain, I was following my friend, when we headed down a less-skied out section of the trees.

The further we got, the more apprehensive I felt, and when we lost the tracks altogether, the fear really set in, made worse when we realized that neither of us had cell reception and my friend revealed that he'd heard things get "cliffed out" if you go too far.

We talked it over and traversed to skier's right, as far as we could go, then dismounted and began walking down the mountain.

Three hours later, we popped out in a cul-de-sac, where we called a cab and then headed back to the village.

In reality, we got off easy. But that's not to say the experience didn't put the fear of God in me. I remember my mind racing as we trudged through the forest and darkness set in, cursing myself for blindly following someone with little mountain knowledge and wondering how my family would react if things went (even more) sideways. Every moment felt drawn out, taking on a weightiness that's difficult to put into words.

This wasn't the first time I'd done something stupid. In Sun Peaks, where I grew up riding, I rode through dangerous, permanently closed terrain on more than one occasion, oblivious to the fact it was closed for a reason. And in France, when I was 19, I remember traversing into a giant, open bowl that I had no business being in.

Like others, I grew up watching ski and snowboard movies that glorified riders who out-road their own sluff. It was another variable in their runs, adding an extra layer of challenge/exhilaration to otherworldly backcountry lines.

Looking back, it's startling to think of just how reckless my thinking was, how the allure of powder turns seemed to trump everything.

I recently took in a panel discussion on this year's challenging snowpack featuring four people with an astonishing amount of backcountry knowledge: Wayne Flann, a part-time ski patroller and popular avalanche blogger; Mitchell Sulkers, an avalanche safety instructor who gets into the backcountry about 150 days a year; Abby Cooper, a remote backcountry photographer; and Ross Berg, founder and director of Altus Mountain Guides.

With a faceted layer buried deep in the snow, and legions of people getting into backcountry skiing (Fitness!), there is potential for something very bad to happen.

And one got the sense from the discussion that the panelists are deeply concerned people are making sketchy decisions and aren't fully cognizant of the risk associated with this year's snowpack.

While I'm still passionate about riding, I like to think that I am a lot more conscious about my decision making. I still, occasionally, do stupid things—but far less frequently (and to lesser degree) than I did in the past.

As Berg put it during his eloquent remarks, it's important to recalibrate your expectations, to consciously refine what brings you joy when skiing.

When he was young and lived in Chamonix, he would "do all these really dangerous things" before coming to an important realization.

"I was like, 'You know what, I have to make drinking coffee just as important as going skiing, because if I don't appreciate the things that I can do, when I can't go ski crazy mountains, I'm going to die," he said.

Berg therefore made a "conscious shift" to recognize that "there are other things in my life, and I'm going to wait until it's the right moment to go get crazy. Otherwise, I'm just going to go drink coffee."

That realization, he said, has helped him shift into a new mindset in which he skies what the conditions warrant, rather than goes out with a specific "objective" in mind.

That's good advice. Like Berg, I'm doing my best to enjoy the small pleasures in life. It certainly beats getting lost in the woods.

For some helpful tools and guidance for staying safe out there, check out the AdventureSmart website: www.adventuresmart.ca.