In 1970, I was a nerdy 13 year-old Grade 8 student who eagerly embraced the leaps our country was making in modern internationalism under the government of Pierre Elliot Trudeau.
Sep 16, 2015 6:00 PM By: Leslie Anthony 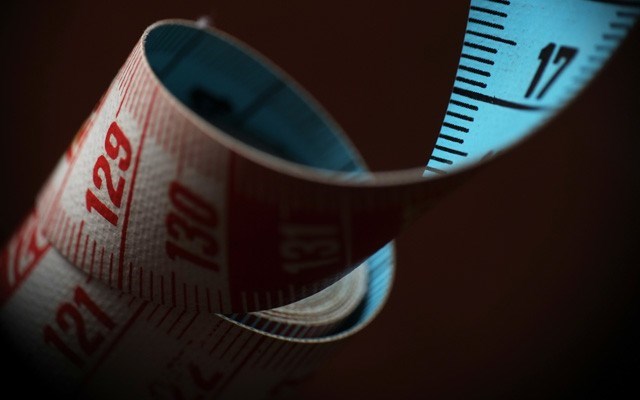 In 1970, I was a nerdy 13 year-old Grade 8 student who eagerly embraced the leaps our country was making in modern internationalism under the government of Pierre Elliot Trudeau. Unlike the political quagmire and head-in-the-sand governments of today, these were truly visionary and exciting times to be a young Canadian. Having learned in school the simple logic and navigation of the metric system — against which the units of measure we'd been otherwise chained to seemed ad hoc idiocy — I was excited when Canada announced a program to adopt the metric system used by all other major countries in the world save, oddly, its closest allies — the United States and Great Britain.

The idea was that Canada would ultimately benefit from the values underpinning the metric system — the need for a single, rational and universal system of weights and measures that could be employed worldwide, easing trade and travel for all. Although the first recorded proposal of such a system ironically came from a Brit named John Wilkins in 1668, it wasn't truly developed until the French Revolution, replacing various previously used measures in regions and villages that used their own local units. The premise of metric was that it be fully rationalized by real-world measures: thus, the metre was originally based on the dimensions of the Earth (1/10,000,000th of the distance from the North Pole to the equator along a meridian that ran through Paris); the litre defined as 1/1000th of a cubic metre; the kilogram defined as the mass of one litre of water. The metric system was, as famously put by the French philosopher Marquis de Condorcet, "for all people for all time." Noblesse oblige at its finest. Who couldn't get behind that kind of forward thinking, progress, and cultural largesse? Hang onto that thought.

In 1971, Canada's Metric Commission began the onerous task. By the mid-1970s, we had mandatory metric product labelling. By 1975, temperatures were in Celsius, and rainfall and snowfall measured in millimetres and centimetres respectively; wind speed and atmospheric pressure followed in 1976. Back in 1972, the provinces had agreed to make all road signs metric, which occurred in a country-wide switcheroo in September 1977. There was, of course, some resistance — especially as the number of economic sectors required by the federal Weights and Measures Act to use metric grew — but the majority of it was personal and nonsensical, rooted in an unquestioning patriarchal past that ignored practicalities. As a kid who thought sustainability and global cooperation crucial to humanity finding a way to responsibly share the planet with its myriad other inhabitants (recall the impressionable books of the day were Rachel Carson's Silent Spring, and Paul Erlich's The Population Bomb), I couldn't understand the blowback. The hierarchy of millimetre, centimetre, metre, and kilometre made perfect factorial sense, especially given that all counting and mathematics were already conducted in Base 10; the only merit of a yard (three feet, or 36 inches), a foot (12 inches), and an inch, none of which had rational basis, was that the first two were divisible by three without yielding a fraction. Ditto cups, pints, quarts, and gallons vs. metric measures (and remember, Canada used imperial measure based on the British system, different again than American counterparts; e.g. see American vs. British versions of gallons and bushels). For the sake of lazy, self-serving industry, people were fighting the shift to something more sensible and boasting far more utility? Who would do such a thing?

Thankfully the more objective scientific and engineering communities drove the worldwide spread of metric, which was institutionalized, after extensive revision in 1960, to form the International System of Units (SI) now universally employed everywhere but the U.S., Liberia and Burma. Britain officially adopted metric, but due to lobbying by Conservatives, imperial measure remained legal, resulting in the U.K.'s current confusing measurement gumbo — a perfect segue to the contemporary situation in Canada and the U.S.

In Canada, the 1979 metrication of fuel sales prompted 37 Conservative MPs to open a "Freedom to Measure" gas station near Ottawa, selling gas in both gallons and litres. The Democratic administration of Jimmy Carter in the U.S. began the move to metric, with some border states already posting distances and speeds in both (a practical move but staunchly opposed by the auto lobby). But when Ronald Reagan became president in 1980, he de-funded the US Metric Board, killing the process. The election of Brian Mulroney's Conservative government in 1984 similarly slowed, and ultimately stalled, Canada's own drive to universal metrication: our Metric Commission was abolished in 1985, and many regulations requiring metric were either repealed or no longer enforced.

To this day, I become livid when metric isn't used in this country, and hate converting miles and feet as an editor. I always wondered why the promise of international unity on the issue of measurement never came to fruition, and now I know: Conservatives, rolling back progress since... a mile before forever.