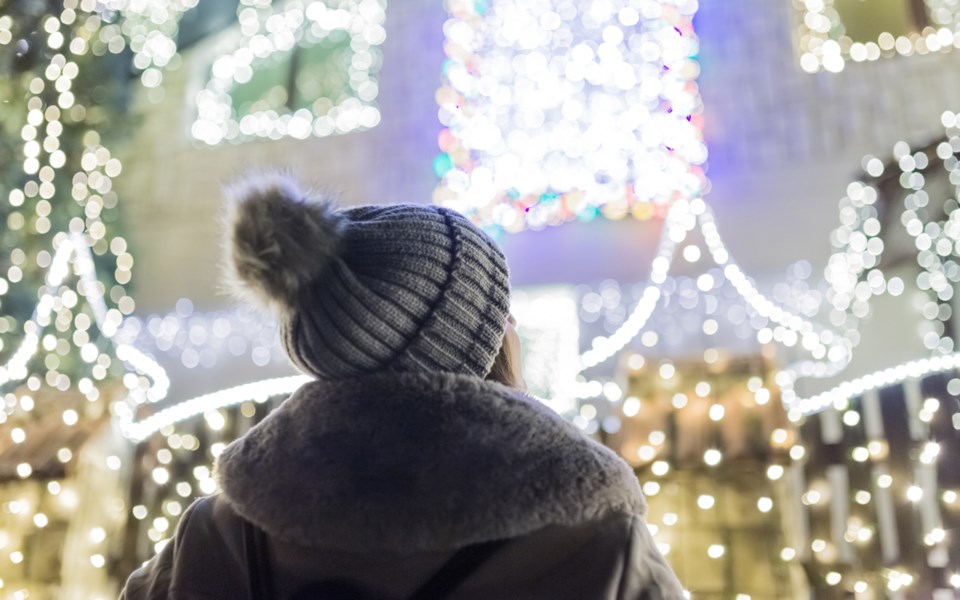 It’s not that I hate Christmas.

It’s just that I can’t relate to the people who start their holiday countdown in July, finish their shopping before Thanksgiving, and push the boundaries on when it’s acceptable to start decking out their house in tacky red and white garb.

The hard-and-fast rule in my book for that latter point is Dec. 1.

This year, however, I would like to file a formal exception.

Last week, on a particularly low day, I took the long way home from the grocery store, unable to bear the thought of returning to my apartment where I now spend most of days and nights. (These are hard times for non-homebodies.)

Driving down one random road in the pouring rain, I noticed house after house with multi-coloured lights strung across their roofs and trees trimmed in ornaments, already proudly on display in picture windows.

Something inside me cracked. Suddenly, tears were streaming down my face.

The quiet, collective decision these strangers made to do one thing within their control to make their homes brighter, not only for themselves, but also for their neighbours and passersby felt like a message—like so much more than the (premature) celebration of a season.

Those glowing lights declared: Let’s not just ride this thing out and quietly wait for next year. Let’s find the joy that still exists, embrace, and share it.

Other than a handful of things—jam-filled chocolate cookies that my mom only makes at Christmas, It’s a Wonderful Life, a truly unironic blasting of the Kenny Rogers Christmas album—tradition has not been my favourite part of Christmas.

Rather, it’s been the weird, surprise holiday moments over the years that have stuck in my brain and make me smile when I cast my memory back. There was the year my extended family crashed the empty fire hall where my uncle volunteered in small-town Alberta; another year where we dropped in on relatives and launched a garage board-game marathon; or even the year at Pique when we all had to work on a Saturday to finish the holiday edition, culminating in an egg-nog-fuelled conga line with reporter Braden Dupuis singing his original Christmas track.

But in 2020, most of us have gotten just about all the novelty we can handle. Forget new or unexpected or surprise.

I long desperately for a holiday filled with nothing but the familiar, the traditional, the mundane.

I’ve found an urge I’ve never felt before to join those Christmas-crazy folks whose desires have always been a mystery to me and watch Elf 100 times and sing along to Mariah Carey and deck my apartment out in bargain-basement red-and-white tinsel that will shed everywhere and get lodged in places I won’t notice for six more months.

More than anything, I want to go home to celebrate with family in a way I’ve taken for granted nearly every year of life.

That’s starting to feel less and less likely. Yes, it is just one year. Yes, a vaccine is on the horizon. Yes, there are plenty of things in my privileged life for which to feel grateful.

But sometimes none of that makes your current reality feel easier.

So, if travel bans and complicated pre-holiday quarantines are not within my control, at least I know there’s one place I can turn.

It might be tacky, red-and-white, and shaped like a fat old man, but it will also light up these darkest of times.