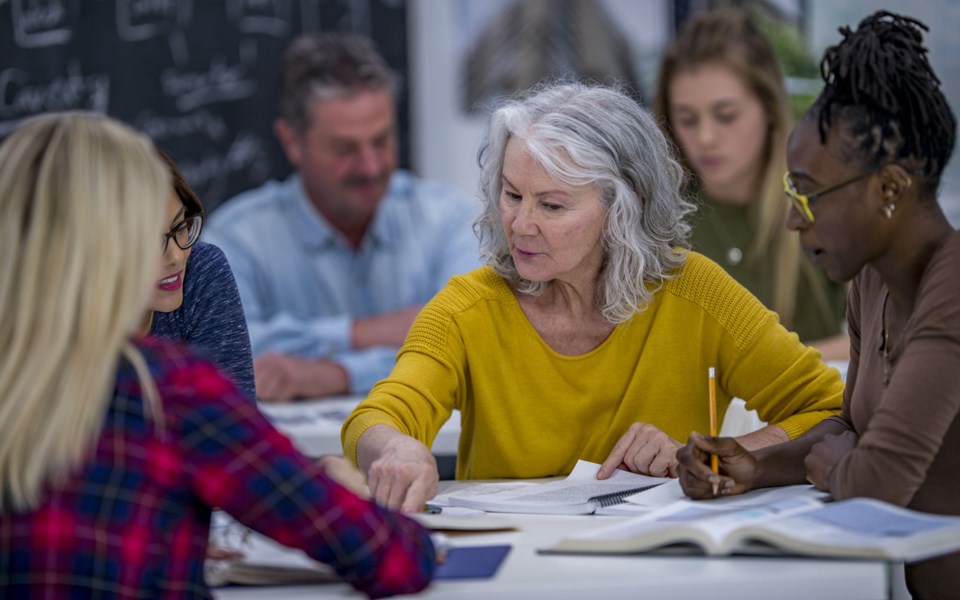 OK, that probably wasn’t the best headline, what with its suggestive nature and all. Despite initial appearances, I’m not here to wax poetic about the oral arts, no sir. I’m here to talk about the less literal form of sucking, the kind that I excel at: being bad at stuff.

But even using the word “bad” isn’t really appropriate in this sense. I want to get away from the idea of good and bad, because latching onto an outcome means we’ve already set ourselves up for disappointment, something we tend to do with greater frequency in adulthood.

Think about it: When’s the last time, fellow grownup, that you tried something new, failed spectacularly, dusted yourself off, and jumped right back on that metaphorical horse? If you’re like me (God help you), you have a litany of half-started projects you dropped like a bad habit at the first sign of struggle. I think it’s partly why my restless mind and I became a journalist, a career tailor-suited to knowing a little about a whole lot. A vast ocean of shallow ponds.

For some reason, as super-important adults, we tend to have this notion that age and experience automatically equates to skill, that somehow we have to skip over the beginner stage right into success. Factor in the hyper-performative nature of social media, where most of us present the very best, highly filtered version of ourselves, and it’s no wonder that we too often give up before giving it the ole’ college try.

For inspiration, researchers recommend adopting a child-like mentality to learn a new skill, even as your abilities and knowledge advance.

In a recent Guardian article, Tom Vanderbilt writes about a cognitive test called the “candle problem” in which people are asked to attach a candle to the wall using only a box of matches and a box of tacks. Often, people tend to struggle with the exercise because “they get hung up on the ‘functional fixedness’ of the box as a container for tacks, not as a theoretical shelf for the candle.” Care to guess which demographic tends to do pretty well at this whole candle problem? Five-year-olds.

That’s because younger children are more likely to have a less rigid “conception of function” than their older counterparts, less fixated on the intended purpose of the box than all the different ways it can be used. I mean, all you have to do is watch a toddler with an iPad to see how quickly and easily they accept its myriad applications, without question, while I sit there and marvel at how the magic screen does all that complicated computer stuff.

The sheer joy (and sometimes, terror) of being a child comes from their inherent naiveté. They see the world around them with fresh eyes, are open to surprises, because, well, most things are surprising to a toddler, and are therefore less guided by any preconceived notions gained from lived experience. Just as importantly, they don’t care, or even have a conception of, looking bad. I mean, have you ever seen a Kindergartner hold up his latest piece of macaroni art, monocle firmly affixed over his eye, and go, “Well, it isn’t my best work”? (OK, that’s a very specific example.)

What’s more, is because of their lack of shame, kids often get to access the kinds knowledge that the self-conscious adults don’t allow themselves to.

“[Children] are more likely to pick up details that adults might discard as irrelevant,” Vanderbilt writes. “Because they’re less concerned with being wrong or looking foolish, children often ask questions that adults won’t ask.”

Especially in this isolating pandemic, when most of us have much more time for self-reflection and self-improvement, I think we would do well to embrace our inner neophyte and harness the curiosity of a child, because, after all, it doesn’t have to suck to suck.

PIQUE'N YER INTEREST: COVID is putting Whistler’s distinct brand of doublespeak to the test
Nov 21, 2020 8:00 AM

PIQUE'N YER INTEREST: What they’re really saying when they tell athletes to ‘stick to sports’
Sep 12, 2020 8:00 AM
Comments