Saying goodbye to the Sea to Sky 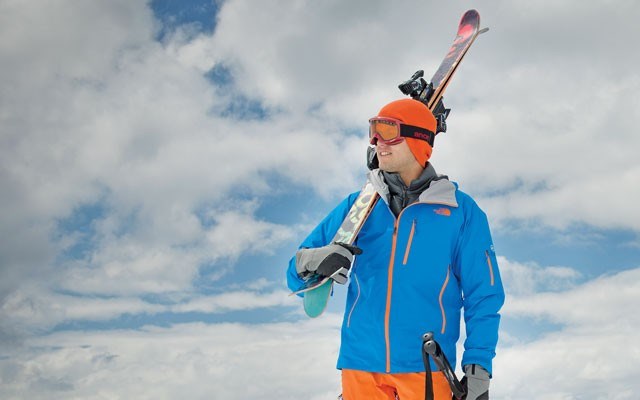 I've never been very good at long, drawn-out, tearful goodbyes, so I'll make this pretty easy on everyone.

Yes, by the time this issue of Pique hits the newsstands, I'll have started a new job in Vancouver that's allowing me to chase my long-held goals of getting back to reporting on major professional sports. That is, if editor Clare Ogilvie hasn't locked me in the newsroom closet like she's been threatening to do for weeks now.

It's an exciting time, but also bittersweet, because it means leaving Whistler, just like everybody reluctantly seems to do, eventually.

But I've still got about, oh, 700 words to fill before I can wrap this up. So what can I say before I completely disappear from the pages of this newsmagazine?

There have been some memorable exit columns from other Whistler journalists in my time here that I could borrow from, certainly. Should I take a jab at the muni before speeding off south down Highway 99? Bemoan the death of Whistler's true spirit? Navel-gaze about the current state of journalism and the newspaper industry?

None of the above would be my style, and there's too much to reminisce about.

In some ways, it feels like the perfectly appropriate time for me to leave. I arrived here late in 2010, just in time for the first winter season after Whistler's Olympics. And now, with the next post-Olympic winter quickly approaching, the cycle is complete.

My quadrennial is over, and what a memorable four years it was.

It was during this time that we watched the Janyks ski out the final years of their tremendous careers; saw Marielle Thompson go from being a World Cup rookie to Whistler's second Olympic ski cross champion.

Brandon Semenuk continued to change how we think about what's possible on a mountain bike; Will Routley showed that Whistler athletes can race with the world's best in the summer, too. It's impossible to list all of the highlights and each of the athletes that filled Whistler residents with pride since I rolled into town over the Duffey on a gloomy October morning.

Not all the memories are great. I hardly knew Sarah Burke, especially compared to many of you readers out there. But her loss was terribly difficult to understand, and even harder to try and put into words on a page.

There are precious few reporters in Canada who focus the majority of their time covering Olympic sports. It's been an absolute privilege to be one of them for the past few years.

I left the prairies and came here specifically for the opportunity to write about Olympians, but a requirement of the job was an assignment to the Pemberton news beat. Having been almost exclusively a sportswriter going back to my days in journalism school, being a "regular" reporter for a small, sleepy community was something I figured I'd just have to grin and bear.

But in the end, covering Pemberton news was truly one of the most rewarding parts of the job. The Spud Valley is a unique place filled with some tremendous people, and I was always humbled by the amount of trust they put in me to tell their stories, even if I was mostly just an occasional visitor.

Many of you living in the village, the SLRD and Lil'wat Nation were amazingly patient as I learned the ins and outs of your communities, and I'm really grateful for that.

Special thanks must go to former mayor Jordan Sturdy and Area C director Susie Gimse. I think it's a safe bet that no other elected officials in B.C. with constituencies their size had to answer as many questions from media as they did during my three years at the Question, and I believe they always did so honestly.

The past year brought radical change to Whistler's media scene, and it was a time of uncertainty for everybody, not just those of us working for the town's two newspapers. But ultimately, I'm grateful for the way it worked out — I've had the opportunity to work with some amazing folks at Pique over the past year, and it's been a lot more fun being friends than adversaries. I'm lucky to have called so many great people co-workers over the past four years.

Jessica (my partner) has been so incredibly supportive as I've tried to chase down my career goals, and it's to her that I'm most thankful of all. We've made some wonderful friends here in Whistler that we know will be a part of our lives forever. And maybe the greatest thing about this next chapter in our life is that we're not going too far away. This doesn't feel all that much like a goodbye, because I know we'll be back.