As I write this ahead of press time, the long-term forecast doesn't look great. That's not to say it won't change, but even if it does we're still well behind the curve for snowfall this season, for the second season in a row.
Dec 12, 2019 11:00 PM By: Andrew Mitchell 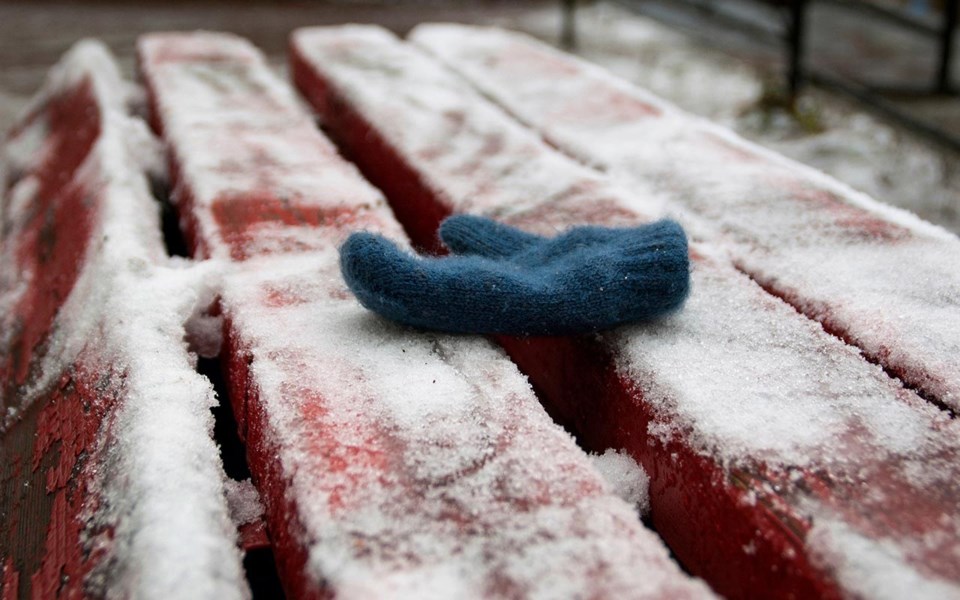 As I write this ahead of press time, the long-term forecast doesn't look great. That's not to say it won't change, but even if it does we're still well behind the curve for snowfall this season, for the second season in a row. We usually get over two metres of powder in the month of November alone, which didn't come close to materializing.

You can only hit refresh on your always open Snow-Forecast.com tab so many times before you decide you just don't want to know anymore. Social media doesn't help either—not when you have friends getting dumped on in Revelstoke and Canmore.

Full credit goes to Whistler Blackcomb's snowmaking team for pulling off a miracle for opening day, people had nothing but good things to say about the man-made conditions. I can't comment because I went mountain biking instead.

There's always talk of burning a few pairs of skis in these desperate times to appease Ullr, Norse deity and the patron saint of skiers, but combusting petroleum products is likely part of the reason we're in a funk right now. Climate change is a more realistic worry than the possibility we somehow angered a pagan god.

As a resort that depends on tourism, a lot is riding on the next few weeks. Our reputation for reliable snow can get us through a bad Christmas snowpack one year or maybe even two. If this trend continues, however, then it's eventually going to have an impact.

It seems impossible. We always open on time (and usually early) and stay open later than a lot of other resorts. We have never completely failed to deliver. However, at a moment in weather history when Australia's Perisher resort is getting more snow after the end of its winter season than we are at the start of ours, all bets are off. It's time to heed the warnings underlying the snow report—or, you know, the 11,000 climate scientists who released a joint statement last month to the effect that the world is entering a full-blown climate emergency.

Whistler needs to be doing its part, but that's difficult when our economy is rubber tires and jet fuel. We are huge climate hypocrites because our snow obsession (we're well beyond "hobby" at this point) is a net contributor of greenhouse gases. We heat rooms and water for 25,000 visitors a day and keep gas-heated hot tubs and pools open year-round. Patios have propane and natural gas fixtures so people can be outside but still feel warm. Locals and guests alike gorge themselves on food imported from California and Mexico.

All of this has been said before—and acted upon. In 2008, we started offering offsets to guests to spend a carbon-neutral visits, although that had little success at that time. That's unfortunate because offsets and carbon credits are really our only option to make a measurable difference.

We are making some progress. Whistler Blackcomb cut its carbon output by something like 70 per cent over the last decade while various hotels, tour operators, etc. have also made great strides. The municipality now gets to charge its offsets to the Cheakamus Community Forest, keeping more money and old-growth trees in the community.

However, we're not quite keeping up with growth in tourism and population. According to the municipality's annual greenhouse gas emissions report, our community carbon footprint is pretty much where it was in 2008 after a few years of growth wiped out some gains.

It was hard to find current estimates for how much carbon Whistler's 3 million annual visitors contribute to the climate crisis, but it's significant. And unavoidable.

A train will never happen. People aren't going to pay more to travel here, and take longer doing it, when they have perfectly good cars sitting in their driveways. It's nice to see more bus options, but if there's more than one person in your group and you enjoy the convenience of door-to-door travel, then the car is still the better personal option.

Electric cars are bound to put a dent in carbon consumption—as will the province's goal of eliminating gas-powered cars by 2040—but we're still a few years away from hitting any kind of tipping point for a crisis that's already happening.

New plane designs will consume less fuel, and fuel alternatives are being tested—including an all-electric prop plane that Harbour Air had a test flight this week. But long-distance and intercontinental flights will continue to burn jet fuel for at least a decade and maybe longer.

All of which means circling back to offsets. Maybe the time is right to sell them again as a booking option, or to build micro offsets into every meal, lift ticket, hotel room, drop of fuel and piece of clothing sold in the resort. A few extra dollars won't keep anyone away and can fund projects to remove carbon from the atmosphere.

If you love snow, then you have to look at your own consumption and habits as well, and spend some money to offset the things you can't cut. We can't be part of the problem anymore.