That's some weather we're having

As an underemployed college student in my early 20s, my work life consisted primarily of a series of profoundly uninteresting retail jobs.
Aug 12, 2015 6:00 PM By: Brandon Barrett 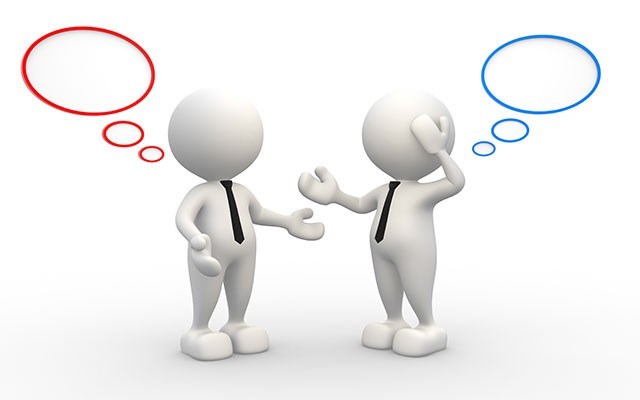 As an underemployed college student in my early 20s, my work life consisted primarily of a series of profoundly uninteresting retail jobs. The most enjoyable of those positions by far was as a cashier at a gourmet food shop in the upscale Ottawa neighbourhood of Rockcliffe, home to a coterie of well-to-do retirees, yoga moms and political bigwigs. (Joe Clark, it turns out, has quite the predilection for oatmeal cookies.)

Despite the consistently yummy staff lunches and my charming colleagues, the job, like any, was not without its aggravations — although that may be too soft a word to describe the mind-numbing, soul-dredging monotony of the chitchat I was required to engage in with customers.

This, of course, is the unintended side effect of any customer service position — idle banter simply comes with the territory. But that doesn't make it any more endurable.

When you spend 50 hours a week on the frontlines of an industry that's already monotonous as is, the last thing you want to do is plunge into a five-minute discussion about how the Earth sometimes undergoes shifting weather patterns and, oh boy, isn't that some rain we're getting out there?

At the risk of sounding like the curmudgeon my friends no doubt already take me for, my aversion to the drudgery of small talk does not come from some inherent introversion or distaste for conversation. To the contrary. I'm the kind of person who wants to slice away the fat and get to the juicy meat of things. Hell, life's short enough, why waste what's left of it exchanging weary platitudes and meteorological musings? (Unless of course you're a meteorologist.)

I want to know your deepest hopes and darkest fears, your glaring flaws and vivid dreams. I want to hear about your first love and last heartbreak. Give me your crackpot theories on time travel, your most embarrassing summer camp stories. In short, I want the real you, not some watered down version you think the world wants to see.

And look, I get that inane chatter is a necessary social convention; daily life would be much more taxing (if not illuminating) if we launched into intense heart-to-hearts with every waiter or store clerk we came across.

I also understand that, at its core, small talk is a reflection of our collective need to connect, to stave off the loneliness we can all feel. With no shared history or common ground to work off of, we often resort to the lowest common denominator in conversations with strangers — the weather, the local sports team, whatever.

Small talk is not without its benefits, either: A 2014 study showed that Chicago subway riders experienced "a significantly more positive" commute when they connected with a stranger rather than rode in solitude. So I'm not arguing we do away with small talk entirely, simply that we use it as a stepping-stone to a place of greater emotional authenticity.

As a journalist, you spend hours of every week doing interviews, and you eventually learn that conversation is more science than art. You begin to recognize the mechanical nature of linguistics: the formulaic way people tend to speak, how we're compelled to fill the pregnant pauses with even more innocuous blathering.

Unlike a lot of Eastern cultures, we tend to live in abject fear of silence, as if extended periods of quiet will expose us as being dull and one-dimensional. But silence can be powerful, penetrating. And if you can sit in it comfortably with another person, in the words of Pulp Fiction's Mia Wallace, "that's when you know you've found somebody special."

Toss in the hollowing effect digital technologies continue to have on our interactions — the texting, the tweeting, the cloak of anonymity that is our computer screen — you realize we're only insulating ourselves even further from the people around us.

It makes you wonder: how would we communicate with each other if we stripped away all the bullshit, all the social conventions that have hardened over centuries of polite discourse? It's sort of tragic to think about. We've become so afraid of saying something stupid that we end up rarely saying much of anything at all.