The crash that wasn't 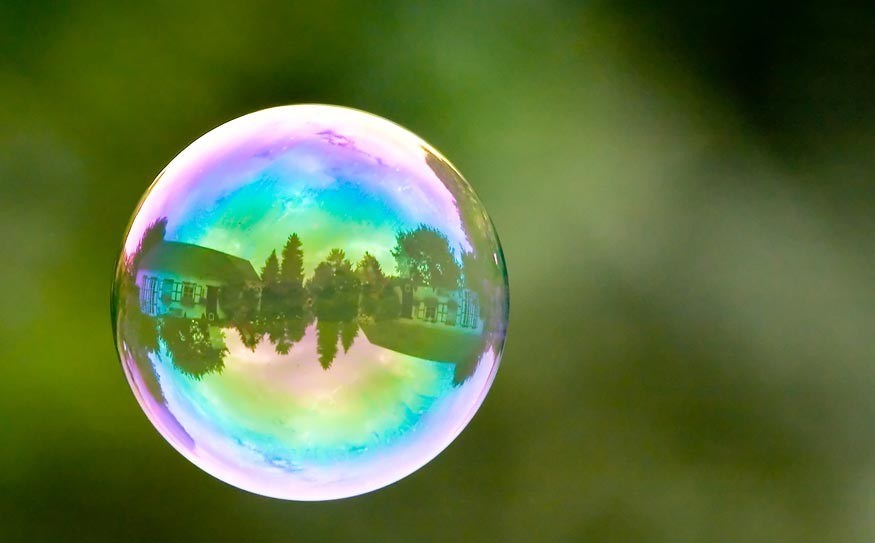 For years now we've been warned that the American subprime housing implosion that kicked off the global recession back in 2007 was only the beginning, that Canada's good fortune in surviving that crisis more or less unscathed was only a temporary reprieve.

We do have our own well-documented housing bubble after all, and we've all been told that it's going to burst any... day... now. On Jan. 9, Maclean's published an article titled, "Great Canadian real estate crash of 2013: The housing bubble has burst and few will remain unscathed," complete with a graphic of buildings looming at odd angles, satanic red flames whip up between them. The article doesn't live up to the title but it paints a bleak picture nonetheless.

And MacLean's is just one of the doomsayers out there foretelling a massive correction of home values that will essentially throw out all the gains in property values that have accumulated since the start of the last housing boom, potentially leaving huge numbers of property owners financially "underwater" — owing more on their homes than their homes are worth on the open market.

I've expressed a few misgivings myself over our low personal savings rates, growing per capita personal debt loads and the fact that home prices have increased so far ahead of the rate of inflation — excesses egged on by low interest rates and mortgage rules that were far too lenient from 2006 to 2012. In 2006, against the advice of the Bank of Canada governor, the Canadian Mortgage and Housing Corporation started allowing people to put less money down when buying homes and to stretch their repayment windows out as long as 40 years. The CMHC did come to its senses and we've returned pre-2006 terms, but too late for millions who purchased homes at prices that are well out of step with inflation and their own earnings.

Personal debt is also an issue, and per capita personal debt is now an average of $1.63 for every dollar earned annually— although to be fair credit card debt is slowly dropping as a share of that debt load, and the rest of it seems to be related to the purchase of homes and cars, business loans, and so on; things that aren't necessarily bad.

And yes, home values have dropped — over 12 per cent in Whistler in the last two assessments rolls from July 2011 and July 2012 — while real estate sales have slowed considerably in places like Toronto and Vancouver. Some people have lost actual money as a result. And when the national lending rate eventually increases (something banks are once again predicting for 2013, but failed to happen in 2010, 2011 and 2012), there could be some people who are no longer capable of making mortgage payments.

But lately I'm finding it hard to believe that a major crash is coming at all. The pundits have been crying "Wolf!" for so long that I've stopped flinching. The truth is, after five years of living with the fear of popped bubbles and a debt crisis, nothing we have been told to fear has come to pass.

In fact, there are even some grounds for optimism: the unemployment rate dropped to a four-year low back in December, the economy is still growing (albeit at a slower rate than predicted), consumer confidence is inching upwards, our dollar never dropped anywhere close to the 10 per cent that was forecast for this year (although that would have been good for Whistler), and low inflation — less than one per cent last year — has offset the impact of stagnating wages. Even the price of fuel seems to be dropping.

Everything seems to be happening so slowly that there's a good chance that a crash might not happen at all. Home values are falling, yes, but by small, almost reasonable amounts given the insane real estate markets of years past. If we can stave off a major correction with a few years of flat growth then the housing bubble will shrink to a more manageable size as inflation catches up. A house that's considered overvalued by 30 per cent today may only be overvalued by 10 to 15 per cent in five years.

And the bubble only matters if people need sell their homes or walk away from mortgages, and so far people seem to be working hard, staying in their homes and making their payments on time — buying equity back from the banks that will only make it harder to walk away in the future.

We've also seen the American market rebound from the lowest of the lows, which kind of takes the urgency out of things — if they can recover from a meltdown that spectacular, then we have nothing to worry about. Homes may lose paper value in the short term but if we don't sell and wait things out then there's a good chance we'll still wind up ahead in the long run. Bubbles don't always pop after all, sometimes they just fizzle away.

I don't blame the doomsayers, I've been one myself — and from 30,000 feet up the data really does look awful. But economics tends to be a self-fulfilling prophesy in some ways, sometimes propped up by faith, hope and optimism, and occasionally knocked down by negativity and pessimism.

My money, and probably some of yours, is betting that MacLean's is wrong. I guess we'll know better in 12 months' time.

Opinion: Climate change is here, but it’s not the great equalizer we thought it might be
Jul 9, 2021 7:15 AM
Comments