The truth about life (and turtles)

I almost used this space to write about parliamentary secretary Paul Calandra's buffoonery in the House of Commons last week, and the sad state of democracy in Canada.
Oct 1, 2014 6:00 PM By: Braden Dupuis 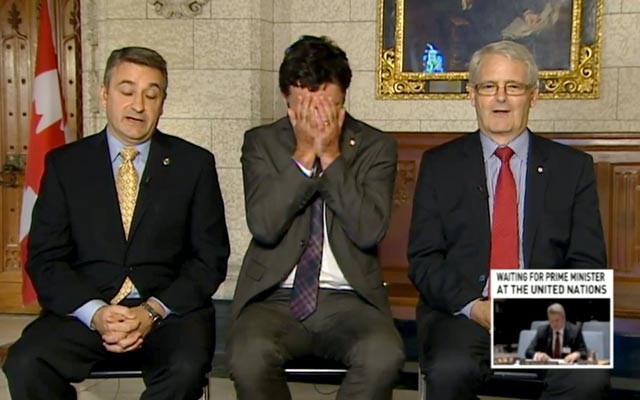 I almost used this space to write about parliamentary secretary Paul Calandra's buffoonery in the House of Commons last week, and the sad state of democracy in Canada.

I then thought about writing of ISIS, and Canadian-borns leaving to commit atrocities in the name of religion.

I considered FIPA, Ebola, Ukraine, government propaganda, Mt. Polley, climate change and a multitude of other potential crises that await us down the line.

I thought of sexism and racism and fascism and death.

But no — all of those things upset me, and as I sit here in front of my computer I don't particularly feel like being upset.

So let's talk about something else.

Did you guys hear about that guy who shoved 51 turtles down his pants?

Apparently, the Windsor, Ont., man was smuggling a variety of turtle species between his loins in an attempt to get them into the U.S.

I used to own one of those species — two red-eared sliders — some years ago when I lived in a house with five friends.

We kept them in a massive, divided 1,000-gallon tank with all sorts of lizards and fun creatures. They would devour anything that came near.

Those were simpler times.

I was somewhere between high school and university, and hardly what you would call politically aware.

I suppose I can't say for certain that I was happier then, but my problems were more localized, my world smaller.

But as the old cliché goes, ignorance is bliss, and the less you know about how things work the happier you're likely to be.

Some months after I moved out of that house, I found out my friend dumped my turtles in the ditch.

He told me he gave them to Petland.

Looking back on it now, I suppose that was my unofficial introduction to the real world — the truth can be an ugly thing, and sometimes you're better off not knowing it.

Case in point: I was much happier when I thought my turtles were swimming contentedly in the care of a pet shop or maybe even a new owner.

But nope, they got dumped in the ditch.

Keeping up with current affairs these days often puts me back in that frame of mind — like the world keeps dumping my proverbial turtles into the metaphorical ditch and lying to me about it.

When you work in a newsroom, part of your job means keeping up with the state of things.

I spend a lot of time on various news sites and refreshing my Twitter feed.

My mind is often swirling with the opinions of angry talking heads and political talking points.

But more and more, I find this exercise is taking its toll on me mentally.

If you're not the type to pay attention to these things (or if you somehow missed the first few paragraphs of this doom-and-gloom diatribe), let me sum it up for you: Things aren't great.

And I can't help but feel that they're only going to get worse before they get better.

It's a horribly pessimistic outlook, I know, and it's not like the Earth is about to get sucked into a big black hole or anything (knock on wood).

But the more I know, the more dejected I feel.

So lately, I've been making a point of taking some time out of each day to do something that doesn't involve the news.

Take a walk, read a book. Anything but think about those things that are so painfully beyond my control.

It helps, in a way, but in the end it's all still there, waiting for me on the other side of my computer screen — a horrible, fiery, slow-motion car crash that I just can't seem to tear my eyes away from.

I can't singlehandedly restore honour to Canada's ailing democracy or put an end to global terrorism; and my turtles more than likely met their end in that Saskatchewan ditch.

But in the end — no matter how painful the truth may be at times — I feel I'm a better person for knowing it.

The first step to fixing a problem is understanding it.

So I'll keep watching, keep refreshing; keep occasionally putting my head in my hands in frustration with it all.

And in the meantime, maybe I'll go out and buy myself a new turtle. I hear there's a guy in Ontario who delivers.