On December 16 my girlfriend and I attended the annual Pique Christmas party at Le Gros restaurant.
Jan 9, 2013 8:00 PM By: Leslie Anthony 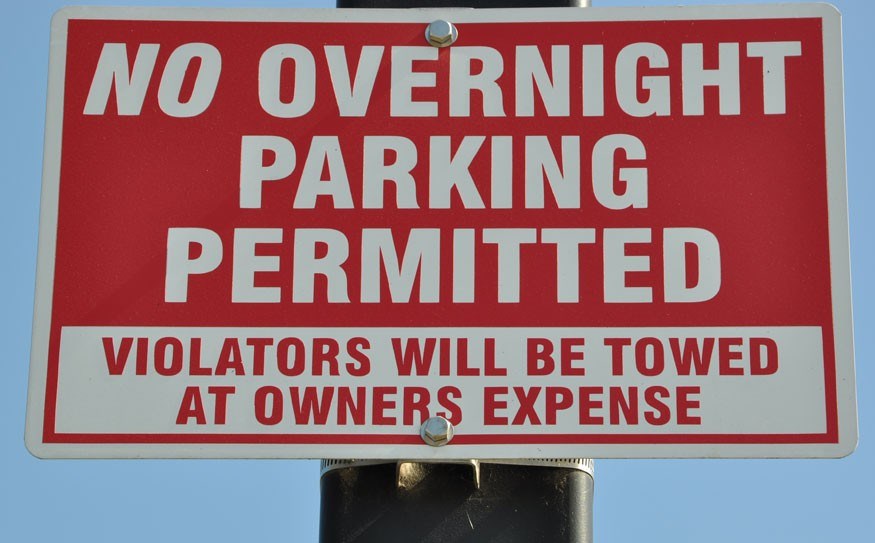 On December 16 my girlfriend and I attended the annual Pique Christmas party at Le Gros restaurant. We parked in the lot below the restaurant where there were only a handful of cars in an otherwise empty lot that looked to accommodate around 50 vehicles. We went in, enjoyed the festivities, and though not drunk, prudently accepted a taxi voucher, thinking to pick up the car — already entombed in a foot of snow — in the morning. Because it was snowing heavily all signs around the lot were obscured, which meant no access to the fine print. Mistake. Returning next morning after a beautiful walk through a winter wonderland we were beyond shocked to discover the car gone and no vehicles in the lot. What happened next has been experienced by too many residents to enumerate but basically goes like this:

1. Call tow company to alert them you want your frickin' car back. 2. Snarky woman tells you someone will meet you at the Function impound in 20-30 minutes. 3. Fumble up bus fare and wait eons for #fail Whistler transit to arrive. 4. Barely make it on time and start wondering where the driver is. 5. Phone company again, get told all drivers are busy and will be there when they get there. 6. Freeze until someone arrives an hour later than scheduled. 7. Fork over $175ish ($130 tow fee + $25 "storage" fee + HST) to a guy who laughs at your misfortune but at least clears up the mystery by telling you — point blank with a smile — that it's a trap: Twin Lakes Strata leases the lot to Le Gros only until midnight and the tow company makes a fortune dragging out unsuspecting people. 8. Shake your head in amazement at this and the outrageous, clearly unregulated cost.

Now I'll be the first to admit I've had my ass saved on more than one occasion by tow-truck drivers who come in two classes — helpful/apologetic and sardonic/hyena-like. They've pulled me out of ditches and started unstartable vehicles. But is any other service in our society so passive-aggressive, so capable of helping you in desperate circumstances on the one hand and creating desperation on the other? It's like having otherwise life-saving doctors secretly inject you with bacteria so you can pay them to clear up the infection. Never mind that the true villains are stratas (like Twin Lakes) that sign on for predatory towing, or the fact that a tow in Vancouver, should you be hauled off the street for an infraction, starts at a reasonable $70, the situation in Whistler is out of control.

When I asked friends for towing stories the response was immediate and overwhelming and I verified each example I heard of unauthorized towing from various carports and spaces where the parkers took great care to park legally but were towed anyway; many got their money back after a long fight but inconvenience and wasted time cost them dearly anyway. I heard from people who'd waited up to two hours in Function for someone to release their car, from folks whose cars were clearly damaged by a company that claimed otherwise, and people who were verbally abused and stalked by drivers to the point of having to call in the police. What kind of freakin' business is this? There is little or no customer service; these cowboys treat you with a level of punitive disgust that even the worst cop is prohibited from displaying. One friend walked out of Merlins to the five-minute parking with his young son and all his ski gear in his arms. He asked the tow-truck guy, there eying up another vehicle, if he was OK to run inside and gather the rest of their belongings. The driver looked my friend in the eyes and said it was cool; when he arrived back five minutes later his car was gone.

So, what to do about a "business" that shouldn't be allowed to operate in Whistler? I can say it no better than one distraught woman put it in a letter-to-the-editor a couple years back after being towed from the Le Gros lots in a situation identical to mine (unsuspectingly attending a party) by the evil Twin Lakes Strata (who were subsequently rude and abusive to her on the phone): "I had not heard the phrase 'predatory towing' before, so I did a little online research. Apparently this practice, which pretty much speaks for itself, is illegal in many places and certainly should be here too. It is a racket, in which unscrupulous individuals are profiting at the expense and inconvenience of unsuspecting tourists and locals alike and there should be zero tolerance for it in this community. The outrage and helplessness one feels when victimized by this scheme go beyond words... this situation defies logic and the unreasonableness and expense of it is a complete outrage. I would strongly encourage the stakeholders and lawmakers in this resort to take a good hard look at this practice of 'predatory towing' and deem it illegal. It's a scam, a scourge and a detriment to tourism in this town. We simply can't afford it."

Council, you are on notice.