Why, against my instincts, I'm for keeping exams

In Grade 10, I was hunkered down over a math exam when I confronted an algebra question demanding that I find the ever-evasive X.
Jun 3, 2015 6:00 PM By: Deryk Fallon 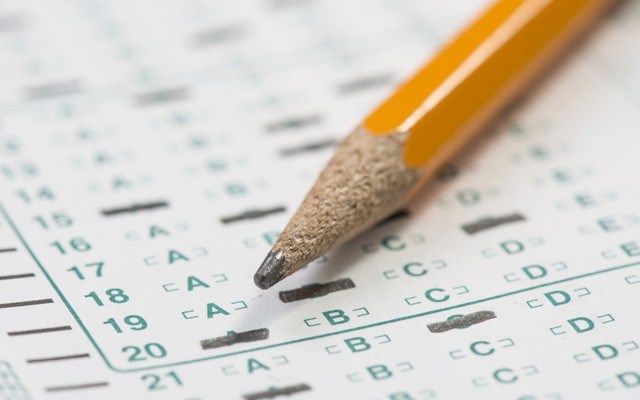 In Grade 10, I was hunkered down over a math exam when I confronted an algebra question demanding that I find the ever-evasive X. I had exhausted my list of half-remembered formulas, and in my desperation had even tried to fabricate entirely new ones to solve the equation. The effort was futile. The identity of X continued to elude me.

I scoured the classroom for anything that contained a hint. All I could find were posters bearing platitudes like, "Mistakes are proof that you're trying."

I fled to the last refuge of the smartass — irony. I circled the X in the question and wrote, "Found it!" Math isn't very forgiving to the ironic. I got a C.

So trust me, I hate exams as much as anyone.

In 2011, B.C. cancelled 30 optional provincial exams, as universities were no longer using them as part of their entrance requirements. As a result, $2.5 million of exam-dependant scholarships went unclaimed.

This is not just happening in B.C., or even Canada. Exams in Florida have been eliminated too. Colorado, Washington and Arizona are following suit as well. In Canada, Alberta is leading the movement, shifting the emphasis from exams to daily work. Ontario is implementing a new model for exams on the basis that traditional exams give faulty results. Interest in standardized exams has steadily withered away, and governments seem to be responding by cutting them.

As a student, this should be a celebratory fact for me, but now that I'm in my last year, I couldn't care less, which puts me in the ideal position to comment on it.

So, while I empathize, from proximity, with those still facing provincial exams, I recognize that there is a real, pragmatic purpose to them. I also recognize that I'm in the minority in my school.

Teachers generally dislike the restriction teaching to an exam outcome demands. Some argue it doesn't allow for creative, project-based work. Instead they're confined to topics and ideas that have appeared on previous exams. Sometimes even teaching directly to questions from past exams.

A statement on the BC Teachers' Federation's (BCTF) website says, "The pressure to improve scores on standardized achievement tests shifts the attention of teachers, students, and parents to test results and away from learning."

Discrepancies have also been reported between the marks given in class and those rewarded for exams. In 2007, the B.C. government sent warnings to several schools in Vancouver about the gaps between exam and class marks. Clearly the provincial exams help regulate academic standards.

From my perspective one of the fatal flaws of the exams is the uniform treatment of every subject. Subjective courses, like English and social studies, should consist wholly of written answer questions.

We live in a Google age where rote memorization of dates and names is antiquated, and where continuing to "teach" emotional responses to a work of literature is absurd. In history, students should be tested on general concepts. In English, they should have to defend their point of view, not adopt someone else's.

They should be marked on their arguments, not their opinions. One of the great things about a topic like literature is that it provides an arena for debate (and allows for irony). When you give it the same treatment as math or science I believe you strip it of its educational value.

According to the BCTF's website, "The existence of provincial exams has tended to narrow the curriculum, has focused teachers and students on content rather than skills and processes, and has had a negative impact on student motivation and learning."

The obvious problem with this kind of reform is resources. It's much easier to mark multiple choice than to have to pay markers to engage with arguments, but it's not fair to make so much of a student's success contingent on one exam, and then hand them a fundamentally flawed exam.

Many might object by saying that it's simply not practical to mark thousands of essays, but they would be ignoring the fact that what we are doing right now isn't practical. We are wasting money on grades that are obtained through a flawed method.

However, despite these problems I believe standardized tests are necessary. It's the only way to compensate for the gaps in the education system.

People often bemoan the stress placed on students. Well, guess what — life causes stress. People say that the marks achieved under the emotional strain of exams is not an accurate representation of learning. But I would argue that it's rare for people to apply their learning in a stress-free environment in real life. School should seek to replicate life as much as possible. It is perfectly reasonable to want to gauge how people use their learning under stress.

Deryk is a Grade 12 student at Whistler Secondary who has spent the last several months in a work-study program at Pique.