You know that excitement you feel when you put up your tree and hang your stockings just three weeks before Christmas? Or it's a week before the next Star Wars sequel/prequel/spinoff opens in the theatre? That feeling of excitement and anticipation d
Aug 9, 2019 1:50 AM By: Andrew Mitchell 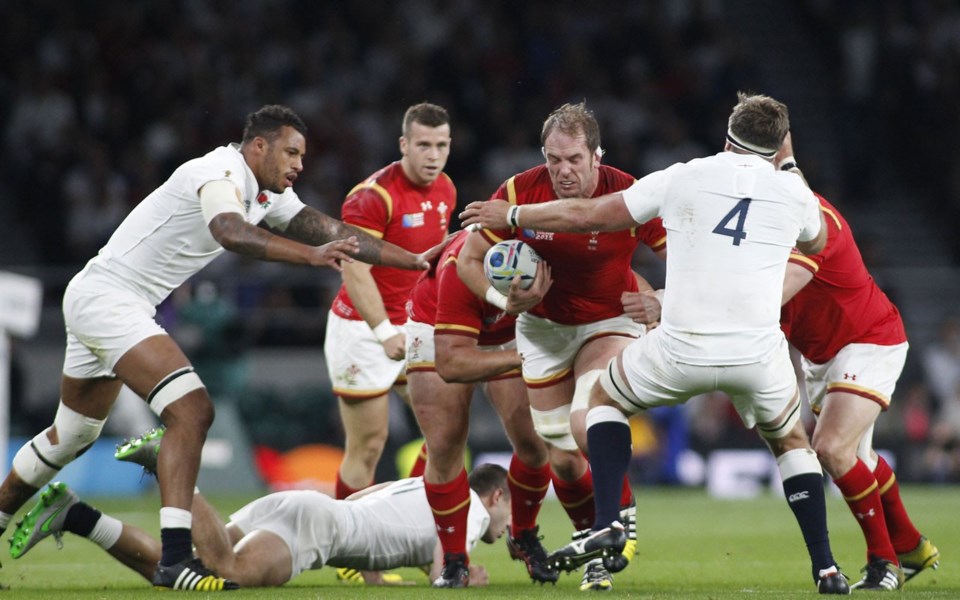 You know that excitement you feel when you put up your tree and hang your stockings just three weeks before Christmas? Or it's a week before the next Star Wars sequel/prequel/spinoff opens in the theatre?

That feeling of excitement and anticipation doesn't begin to describe how I feel six weeks out from the start of the Rugby World Cup (RWC).

Most people are generally aware that a sport called rugby exists. Some may have watched a sevens game at the Olympics or seen sports highlights on a slow night with only nine baseball games and one CFL matchup.

They may know that New Zealand, a country of just 4.6 million people, is the world's dominant rugby power and lead off every game with the Haka, a Maori war dance that can raise the hair on the back of your neck.

They may even have watched Invictus, a Matt Damon movie about Nelson Mandela, the end of apartheid and the role that the world champion Springboks played in uniting a divided country. (I thought the movie could have used more rugby scenes but thoroughly recommend it.)

If you're not familiar with the sport, or why hundreds of thousands of fans from around the world are converging on Japan in September to paint faces, sing, scream at refs and down an absurd number of beers, here's a crash course on the world's most physically challenging sport:

Rugby Union is a game played on a pitch about the size of soccer field with uprights at either end. Each team has 15 players on the field at a time, including eight forwards (a.k.a. the pack), one scrum half (like a quarterback), one fly half (kind of like a second quarterback) and five backs (two centres, two wings and a fullback).

Like most games, the goal is to score more points than your opponent. You can do this by touching the ball down over the opposing team's "try line." A "try" is worth five points. The team that scores then draws a perpendicular line backward from the try line and attempts to kick it through the uprights to "convert" the try, adding two more points. That isn't easy to do when you score close the sidelines, it's raining and the wind is howling, which is the default weather in a lot of places where rugby is played.

You can also score penalty kicks, worth three points each, and at any time a player can drop the ball and kick it off the ground and through the uprights to score a three point "drop goal." (The latter are extremely rare, although Johnny Wilkinson made a tie-breaking, extra time drop goal in the 2003 RWC final that England will never stop talking about.)

Players move the ball forward by kicking it, running with it, or passing it backward. Mauls form when two or more players bind on to each other and push the ball downfield. Rucks form over tackled players, who are supposed to release the ball but don't always—and there are incredibly complicated rules around rucks that still confuse most rugby players, fans and refs. Line-outs occur when the ball goes out of bounds. Scrums are held for certain types of penalties (such as knocking the ball forward) or when a player touches the ball to the ground in their own try zone.

The play only stops when someone scores, the ball goes out of bounds, or there's a penalty—in which case the ref will usually put up his arm but refrain from blowing the whistle if the fouled team still has the advantage.

Like a lot of sports, rugby has a concussion problem. New rules to protect players result in more yellow cards (players go to the "sin bin" for 10 minutes) and red cards, which result in players leaving the field for the rest of the game, and then some, while their teams are forced to play short-handed.

For more on tactics, I recommend a YouTube channel called Squidge Rugby hosted by a Welsh superfan, which offers some of the best, most entertaining, rugby analysis anywhere.

This World Cup is particularly exciting. While New Zealand is ranked first in the world, the current All Blacks are not invulnerable. They tied South Africa in their last outing, and only squeaked past a fired-up Argentina the previous week. In 2018, they nearly lost to England and then lost to Ireland. Other nations are finally catching up to New Zealand's style of play, and there are half a dozen teams that could break up the All Blacks' streak.

Wales has emerged as a powerhouse after sweeping the Six Nations this year, while Ireland did the same previous year. South Africa is capable of an upset at any time. England set a record streak of 19 wins after coming up short at the last World Cup, and though they're down right now they're still a top-five squad. Australia is a wild card and France has a history of coming out of nowhere.

Canada is in the mix as well, in the same pool as New Zealand, South Africa, Italy and Namibia. While it's unlikely the Canucks/Les Rouges will win any games, we'll be heading to Japan with our strongest squad in recent years and nothing to lose.