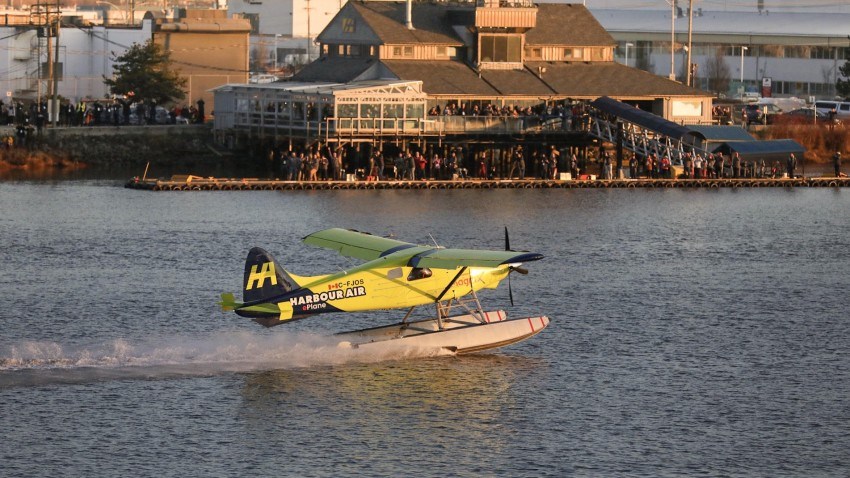 Over the next decade or two, Vancouver’s Harbour Air plans to produce zero emissions from its commercial flights.

Companies that sign the pledge commit to reducing their greenhouse gas emissions to zero by 2040 – 10 years ahead of the target being pledged by countries like Canada.

The pledge commits the companies to measure and report on their greenhouse gas emissions on a regular basis, implement decarbonization strategies consistent with the Paris Agreement, and neutralize any emissions that can’t be abated through carbon offsets.

Getting to net-zero will be easier to accomplish for some companies than others. Amazon, for example, produced 44.4 million tonnes of CO2 equivalent (CO2) in 2018, according to its own reporting.

That is nearly equivalent to the total emissions from small countries like Costa Rica, according to Climate Tracker, and about two-thirds the emissions from Alberta's oil sands.

Amazon is now spearheading a climate pledge that 13 other companies in North America, including Microsoft (NASDAQ: MSFT), have also signed.

“Today, we have exciting news: 13 more companies, including Unilever and Microsoft, are joining this commitment to confront climate change together and save the planet for future generations. There are now 31 companies from around the world that have signed The Climate Pledge, and collectively we are sending an important signal to the market that there is significant and rapidly growing demand for technologies that can help us build a zero-carbon economy.”

A sizeable chunk of Amazon’s emissions comes from the transportation of goods by plane, train, cargo ship and truck. Eliminating emissions from trucking could be accomplished if Amazon uses only trucks that run on battery power or hydrogen fuel cells.

Eliminating emissions from air transport will be a lot harder, which is where companies like Harbour Air come in.

Conversion of the entire fleet to electric will take place over a period of years. McDougall expects there will be a lot of technology improvements along the way.

“Virtually every aerospace company (has) some program going on, on not only battery technology but also hybrid motors and all the rest of it,” he told BIV News. “So there’s just a tremendous amount of investment and brain power going towards the evolution of this technology.”

While battery electric may work for shorter flights, for longer cargo flights with heavier loads, it’s unlikely airplanes will be flying solely by electric power this century, if ever. Electric motors may never provide the initial thrust needed to get a heavily laden cargo plane off the ground.

Some will therefore likely use hybrid systems that use conventional jet-fuelled engines to get the planes in the air, then switch to battery power or hydrogen fuel cell power.

Just a few weeks ago,  Ampaire in the U.S. was the first to complete a demonstration flight of a hybrid-electric aircraft. It flew a hybrid-electric plane on a 20-minute flight from Maui’s Kahului Airport to the island to Hana and back on a single charge.