The months of advocating have paid off: Terminally ill Charie Santiago's sister will soon arrive from the Philippines
Oct 11, 2020 7:50 PM By: Megan Lalonde 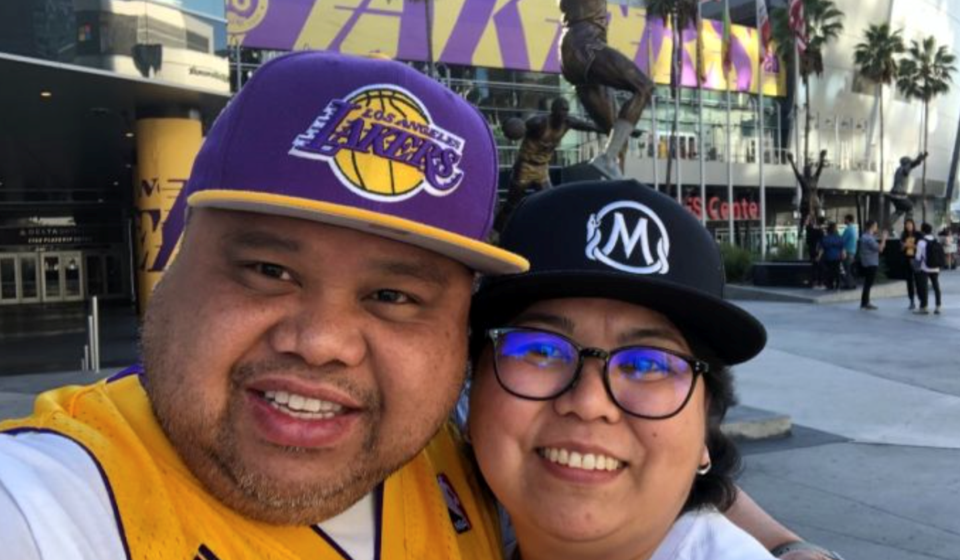 After months of wondering whether she'd be able to reunite with her sister before time runs out, terminally ill Whistlerite Charie Santiago finally received the positive news she's been hoping for.

Her sister, April Untalan, has been granted an exemption to Canada's COVID-19 travel restrictions on compassionate grounds. Untalan will arrive at YVR from the Phillippines on Thursday morning.

As 38-year-old Charie's cancer progressed, her husband Arthur made headlines across the country last month as he fought to find a way for Untalan to visit Charie one last time, amidst the strict travel restrictions impeding the possibility.

After receiving a denial letter from the government in July, Arthur reached out to everyone he could think of—from Minister of Immigration, Refugees and Citizenship Marco Mendicino to the Canadian Ambassador to the Philippines—for help, with a friend even launching an online petition to raise awareness about the family's predicament.

In a message to Pique on Sunday, Arthur said he was "so relieved" to learn of the exemption.

"We got permission from our home support team and palliative doctor to have April quarantine with us in our home in Whistler," he wrote. "Charie gets weaker every day so there may be not enough time for April to quarantine for 14 days elsewhere."

The exemption comes following the federal government's Oct. 2 announcement that it would begin allowing foreign nationals to enter Canada for specific compassionate reasons on Thursday, Oct. 8—"a huge temporary relief," Arthur wrote in a Facebook post in a local Facebook group at the time.

"I haven’t slept much since Charie was given her prognosis. I got even less sleep once they announced the changes to for compassionate visits into Canada," Arthur added in his message to Pique. "I was very stressed since the announcement, I was so concerned when didn’t hear anything on Friday because we may have to wait another week and we just don’t have the time."

He added, "Saturday morning I was losing hope and I broke down and was crying, I couldn’t handle it anymore."

Then, at around 2:30 p.m. Saturday, Whistler Immigration consultant Laurie Cooper called Arthur to share the news they'd been waiting for: The Santiagos had been granted an exemption.

"I didn’t believe at first but she said it again. All I said was, 'Thank you God, thank you!!!' I was so relieved," Arthur wrote. "That feeling that you were fighting so much for something and it finally happens. It was overwhelming!"

When he immediately shared the news with Charie, she smiled, he said.

"She’s always so tired and sleepy that I don’t get to see her smile much anymore but I did for that brief second. It was amazing. I called April right after and told her, she was elated and thanked God. I passed the phone to Charie they spoke briefly and they were so happy, they said they can’t wait to see each other."

Arthur shared the news with the Whistler community over Facebook, expressing his gratitude "for everyone’s support and help" throughout the family's fight.

"Because of all of you, we helped make a change for families to be able to be with their loved ones when they need them the most," he wrote, offering special thanks to Whistler Immigration, media outlets, local MP Patrick Weiler and his staff, in addition to Whistler Mayor Jack Crompton, Councillor Ralph Forsyth and incumbent MLA Jordan Sturdy.

Now, the family begins preparing to welcome Untalan and support her throughout the 14-day quarantine.

"I know Charie will hold on to see April," Arthur wrote. "I just hope they will be able to spend some quality time together."

- With files from Dan Falloon